Fortresses and Castles in Armenia 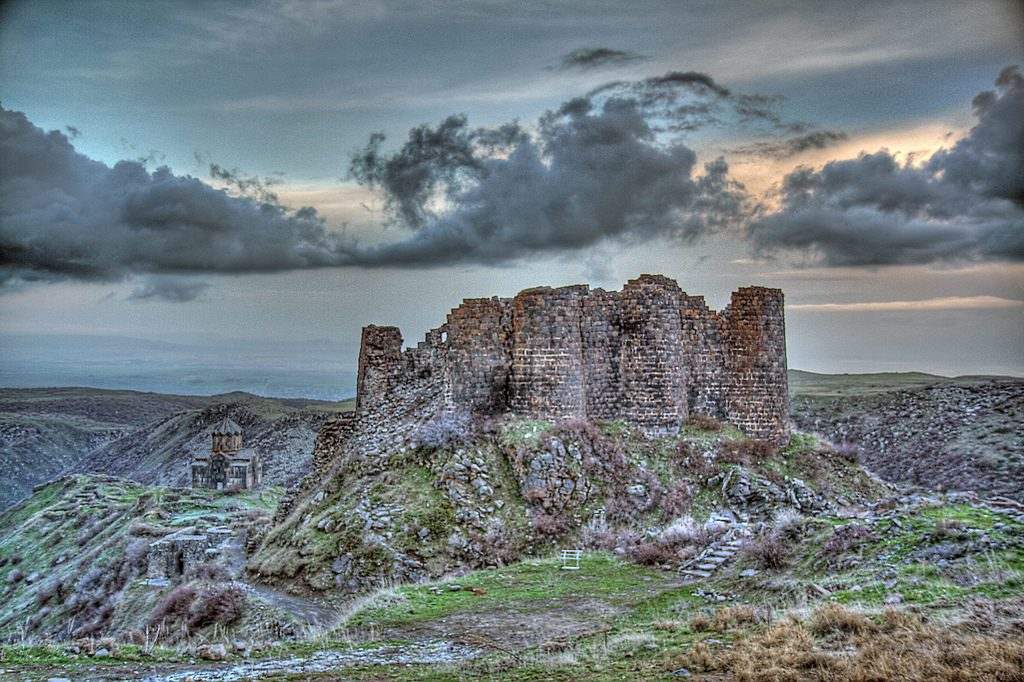 Amberd fortress is located in Aragatsotn Marz, 62km (38,5m) away from Yerevan. The castle was built in the 10th century, 2,300m (7,500ft) above the sea level, on the slopes of Mount Aragats. This was site started as a settlement in the Stone Age. During the Bronze Age and Urartian periods, a fortress had been built that is now outdated. Some sources say that Amberd was used as a summer residence for kings and queens of Armenia. There is a church built near the castle in the 11th century. The Mongols concurred and ruined the castle in the 13th century and it remained untouchable till 20th century when archeological researches started in within 1,500m2 (16,000ft2) area.

Smbataberd is situated in Vayots Dzor Marz, 141km (87,6m) away from Yerevan. This fortress was built in the 5th century, but was highly strengthened in the 9th and 10th centuries. There are some evidences that this fortress has a huge role during the Avarayr Battle and was used as a power base for the Vasakian Dynasty. It is considered to be one of the largest fortresses in Armenia. The fortress is built in the southern edge of mountain range and three out of four sides of the castle were protected by nature with cliffs. It was destroyed in 13th century by Mongol forces.

Lori fortress is located in Lori Marz, 151km (93,8m) away from Yerevan. The fortress was built in the early 11th century by prince Davit Anhoghi to become the capital of Kingdom Tashir-Dzoraget in 1065. The city had more than 10000 inhabitants and many connections with other cities. It is situated 1490m (4888ft) above the sea level with natural protection with cliffs from three sides. There were pools with fountains, bathrooms with their cloakrooms, cold and hot waters. During the archaeological researches were found different tools, weapons, jewelry, clay pots, glassware, porcelain, gold and stone articles, coins and so on.

Baghaberd fortress is situated in Syunik Marz, 376km (233m) away from Yerevan. It was built in the 4th century, on the top of mountain ridge, 1438km (4718ft) above the sea level. When enemies attacked Syunik people of the nearby towns and villages found protection in the fortress. Here were also hidden the manuscripts and the riches of Armenian monasteries, including Tatev. Though it was protected by natural cliffs from three sides, fortress was destroyed by Seljuq Turks in 1170 and was the last capital of the Syunik Kingdom.

Most of these fortresses and castles are perfect locations for hiking and trekking. If you are planning some places to go which are hard to reach, you can rent a car in Yerevan, Armenia.

The post Fortresses and Castles in Armenia appeared first on Toptrip.info.