From the margins to the center; Paktia women’s significant role in cultural affairs 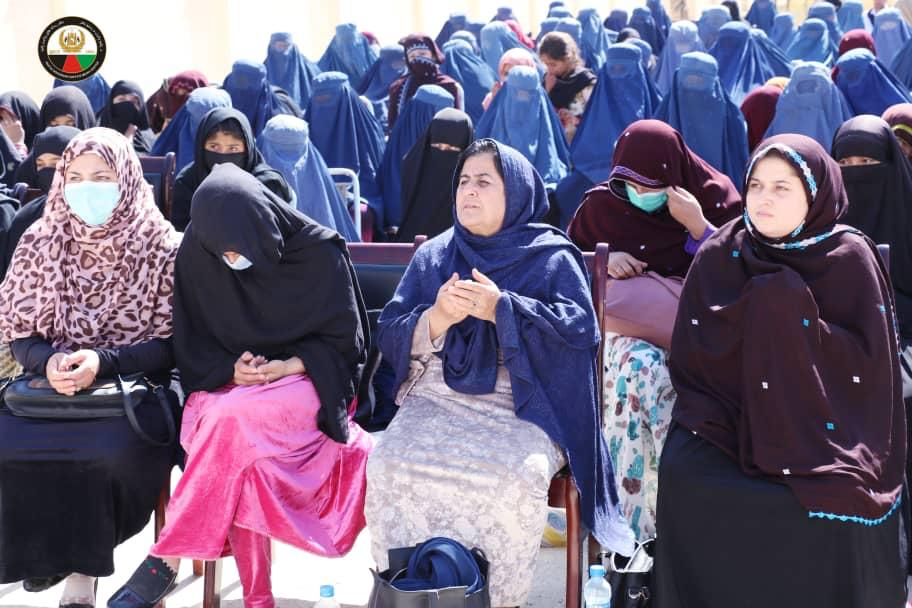 Although Paktia is still considered a traditional province, the role of women in cultural activities is now prominent. Women’s rights activists in the province say that changes have now taken place in the activities of Paktia women and that they can participate in social and cultural activities. According to activists, the contribution of women in acquiring knowledge, access to social issues, participation in governmental and non-governmental organizations, role in poetry and narration programs and working in the media are some of the things that show that Paktia women have played a significant role in the province in recent years. However, threats against women in the province have increased recently, forcing some Paktia women activists to quit their jobs.

Women’s rights activists in Paktia say the situation of women in the province has changed dramatically and women’s participation in cultural activities has increased compared to the past. Ruhania, a women’s rights activist in the province, told 8 Subh that the presence of women in social and cultural affairs, institutions, media and poetry shows the presence of women in the province’s social and cultural affairs. According to her, despite these developments, there are still challenges that prevent women from participating in these activities. Ms. Ruhania cites “inappropriate traditions”, “insecurity” and “low literacy” as existing challenges, and believes that these cases have cast a shadow over the presence of women in activities. She added that if work is done to change the mentality of the people through public awareness and to draw the attention of stakeholders to the issue of women’s rights, it is likely that women will be more involved in cultural activities than in the past. Ms. Ruhania is optimistic about the relative progress of women in the cultural affairs of Paktia province and calls on the relevant departments and institutions to pay more attention to the women’s sector. She considers Paktia’s officials in gender affairs, the Independent Human Rights Commission, the Department of Education and the Department of Women’s Affairs responsible for working on women’s rights, and believes that proper coordination between these institutions can help women’s participation in cultural affairs.

Officials at the Paktia Department of Women’s Affairs are also optimistic about the relative progress of women in the province in recent years, saying that due to the organization’s existing efforts, women’s participation in cultural affairs is increasing. Nasrin Oryakhil, Paktia’s director of women’s affairs, told 8 Subh that the department, given its resources, launched programs at the central and district levels. She added that the implementation of these programs is beneficial for the presence of women in social and cultural affairs. According to Ms. Oryakhil, the Paktia Department of Women’s Affairs has effective plans in place for women to participate in cultural programs, and in addition to these programs, the department counts on the cooperation of women activists and relevant institutions. She says she is working to increase women’s participation in cultural affairs in coordination with these institutions and women activists. According to Paktia’s director of women’s affairs, the province faces some cultural problems and security constraints that pose a threat to women’s cultural endeavors.

The Paktia Women’s Network, however, has called for increased efforts to include women in the province’s activities and institutions. According to the network’s officials, the contribution of women in cultural affairs is admirable, and women can live in a proper social, economic, cultural and security situation as a result of the coordination of institutions, but this progress is not enough. Zarghuna Himat, head of the Paktia Women’s Network, said there was a need for the province’s women’s affairs department, the Independent Human Rights Commission and relevant institutions to step up awareness programs and regulate women’s activities in the cultural sector.

According to Ms. Himat, if the institutions and cultural unions related to women in Paktia coordinate properly, this can improve not only the role of women in culture but also other aspects of their lives. However, she believes that such steps need the attention of foreign investors. Referring to women’s handicrafts in Paktia, she said the government should provide a market for women’s products because according to Ms. Himat, women’s industries in the country can help the national economy and play an important role. The women of Paktia emphasize their active and extensive presence in the cultural affairs of the province, while peace talks on the future of the country are ongoing. In addition to protecting human rights in the intra-Afghan negotiations, most women in Paktia emphasize the preservation and expansion of the achievements of the last two decades so that women can play a significant role in social activities.

In the past, women in Paktia played a small role in cultural affairs, and most refused to attend institutions and offices due to security threats and family pressures. According to official figures, the number of women active in Paktia, which includes university professors and a number of staff, is less than 150. It is worth mentioning that some women activists in this province have left the province due to security threats in the last four months, and a large part of the employees of the institutions are people who were hired from other provinces.

The post From the margins to the center; Paktia women’s significant role in cultural affairs appeared first on 8am Newspaper.