President Alberto Fernández will participate in the Davos Economic Forum 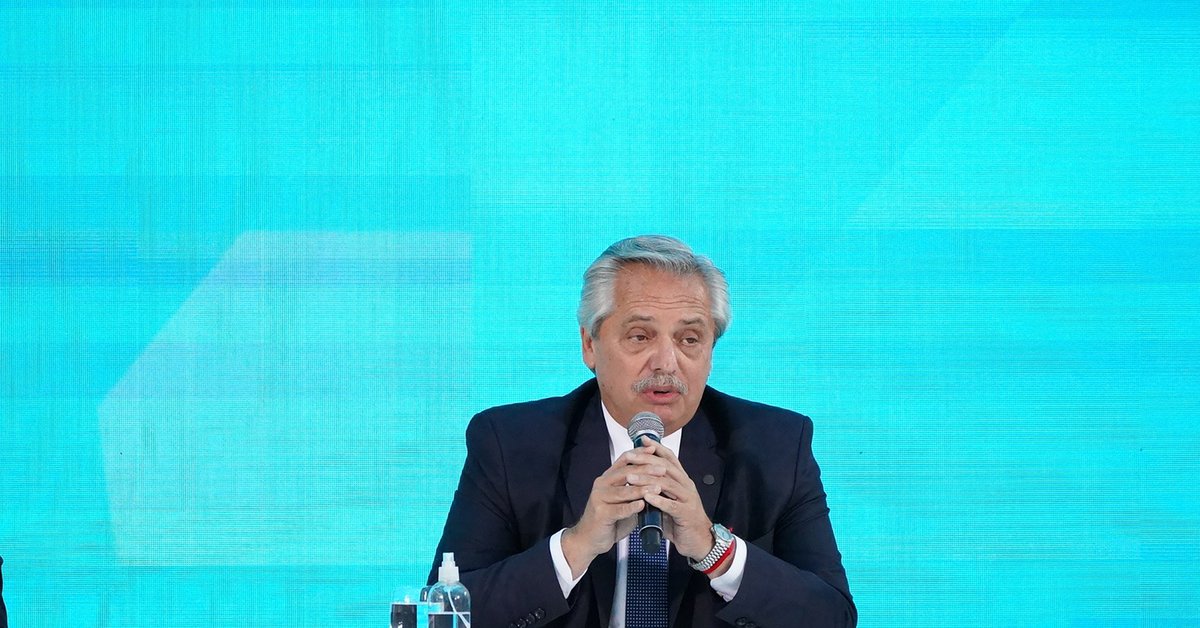 This was reported by the WEF organization, which mentioned the president of Argentina among several leaders who will be part of this important event in the business world of the 25 to 29 of this month.

In fact, the WEF reported that they will participate virtually 1000 business leaders, who will be able to listen to the President, who in the last months of last year has already held several meetings – in person and online – with leaders from the local and international private sector in search of investments for the country.

Among them, there will also be the president of China, Xi Jinping; the premier of India, Narendra Modi ; his peer from Japan, Yoshihide Suga; the French President Emmanuel Macron ; and the Chancellor of Germany, Angela Merkel.

Also, there will be the head of the European Commission, Ursula von der Leyen ; the Italian premier, Giuseppe Conte ; the President of the Republic of Korea, Moon Jae-in ; his counterpart from South Africa, Cyril Ramaphosa ; the Spanish premier, Pedro Sánchez; the president of the Swiss confederation, Guy Parmelin ; his counterpart from Colombia, Iván Duque ; from Costa Rica, Carlos Alvarado Quesada ; and from Ghana, Nana Addo Dankwa Akufo-Addo .

In addition, there will be the Greek premier Kyriakos Mitsotakis ; his Israeli counterpart Benjamin Netanyahu ; the Jordanian king Abdullah II ibn Al Hussein ; the President of Rwanda, Paul Kagame ; and Singapore Premier Lee Hsien Loong , in his capacity as organizer of this special edition of the WEF 2021.

The presence of the Argentine president on this occasion represents a change with respect to the edition 2020, when the government did not send any member of the national cabinet; instead, it went to the president of YPF and former finance secretary, Guillermo Nielsen. On that occasion, the economist shared a panel with Angel Gurría, Secretary General of the Organization for Economic Cooperation and Development (OECD), Lenin Moreno Garcés, President of Ecuador, Graciela Márquez Colín , Secretary of Economy of Mexico, Paulo Guedes , Minister of Economy of Brazil, and Alicia Bárcena Ibarra , Executive Secretary of the Economic Commission for Latin America and the Caribbean (ECLAC). His presentation revolved around the increase in debt in the macrista government and investment opportunities in Vaca Muerta.

On the other hand, the president Mauricio Macri participated during the first three years of his mandate and organized the regional chapter of the WEF in 2017; On the other hand, in 2019, in the midst of the economic crisis that determined his defeat in the elections of that year, he sent the Ministers of Economy, Nicolas Dujovne ; and Production, Dante Sica , together with the president of the Central Bank, Guido Sandleris. There, the Mercosur agreement with the European Union , which was announced in June of that year, but that for now was not effective due to political resistance in both blocks.

Due to the coronavirus, all WEF events have been taking place virtually since last year and the annual meeting will be no exception.

As reported, “the private sector will be represented by more than 1. 000 leaders of the Forum’s member and associated organizations, including some Argentine businessmen. Seven of the 10 main companies in terms of their stock price are committed throughout the year with the Forum and many will participate in the Davos Agenda week. As a business meeting to advance work on ongoing projects, more than 500 CEOs and Presidents will participate in the sessions throughout the week ”. The opening will be next Sunday, by the head of the WEF, Klaus Schwab and Guy Parmelin.