Mother and daughter in army become role models for women 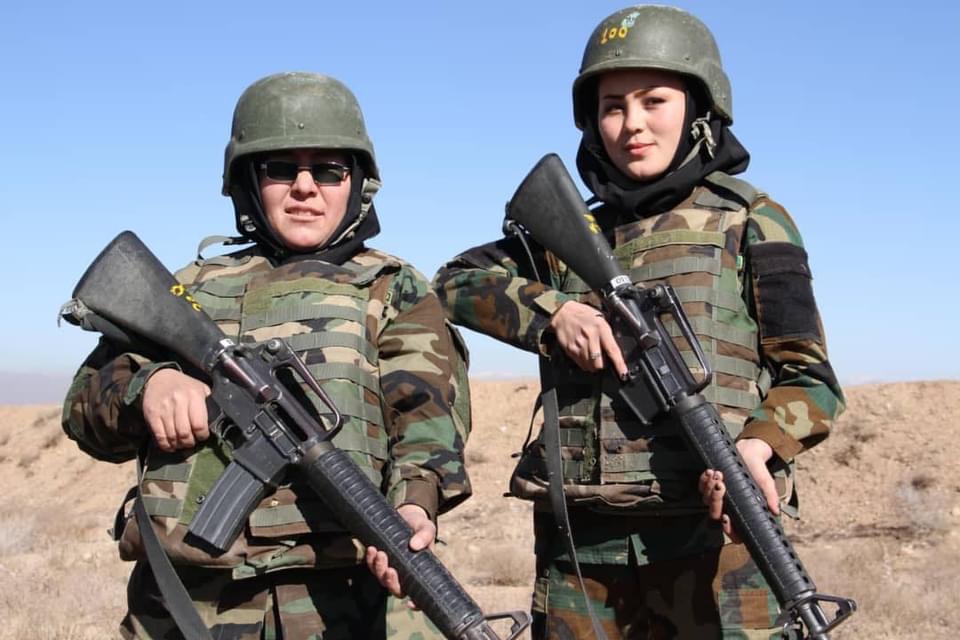 At a time when women in Afghanistan are worried about an uncertain future and the fear of their role in society once again being limited, the presence of a mother and her daughter in the army is encouraging to many women.

Laila joined the National Army about nine years ago, and it has been four months since her daughter Amina, dressed in military uniform, joined the army in the west of the country with her encouragement. The presence of this mother and daughter together has attracted a lot of attention.

Laila has five daughters and, in addition to Amina, wants her other four daughters to join the army and serve the people of Afghanistan when they reach legal age. In her view, it is a “great honor” to be in the ranks of the National Army.

Joining the army and being on the battlefield in a war-torn country like Afghanistan is a daunting and difficult task. All the more so for women, but still, there are women who have been in the military for years, where they continue to strive for the security of the people.

The presence of a mother and her daughter in the ranks of the army forces was widely reflected and noticed by the people. About nine years ago, Laila, a soldier from the 207th Zafar Corps in Herat, donned military uniform and joined the National Army.

At the time, her daughter Amina was a 10-year-old at school. Despite all the difficulties of being part of the security services, Laila’s passion for the military led her to encourage her daughters to join the security forces as well.

Nine years after Leila joined the army, her daughter Amina wanted to become an army soldier. She first received military training at the Army Training Center in Herat and joined the army about four months ago.

Laila and her daughter Amina are now serving together as army soldiers in command of the 207th Zafar Corps in Herat, and their presence among the military has encouraged other women to join the army.

Amina, a young 19-year-old soldier, has achieved remarkable success after completing special military training courses. At the Army Training Center in the west of the country, she learned how to use military weapons and other combat skills.

“Now I can take part in military operations and fight the enemies of peace,” the young soldier said with a strong spirit. She wants to bring peace and end the devastating war in the country by fighting on the battlefields.

In Herat, many young girls who were interested in serving in the military were denied the dream of wearing military uniform and joining security agencies due to opposition from their families and those around them.

Just a few months ago, at the Afghan National Police (ANP) training center in Herat, I met with a number of soldiers who had gone through a very difficult journey to join the ANP and attend the police training center.

One woman told me that she struggled for years to get what she wanted, which was to be in the police, because some of her relatives would not allow her to join and, under pressure from her family and brothers, warned them not to allow their sister to join the army.

This is the story of almost all of the girls who have joined the country’s military and security forces by overcoming various obstacles. And yet, there are also families who encourage and support their daughters to join the security forces.

Amina’s family is one of them. Amina’s mother, Laila, now hopes that her four other daughters will join the security forces when they reach legal age. “It is a great honor for my family to serve in the National Army,” says Laila. She also encourages her daughters to join the army and serve the people of the country after finishing school, like their mother and sister.

Amina, who has now become a role model for other young girls in the National Army, is urging other girls to join the security forces and serve their country and their families by breaking the barriers they face.

Zahragul Popal, a female army officer who recently brought honor to Afghanistan in target shooting competitions in India, went to girls’ schools in military uniform and gave lectures after joining the army to encourage young girls to join the army. She has served in some of Afghanistan’s most insecure provinces, including Farah, and firmly believes the Taliban’s dark era of flogging women must not be repeated, and that women in the security forces will not allow the darkness of the Taliban era to re-emerge.

Laila and Amina joining the army in Herat has become a window of hope for women who are now increasingly worried about the role, presence and participation of women in society declining due to the heat of the peace talks in the country.

The post Mother and daughter in army become role models for women appeared first on 8am Newspaper.