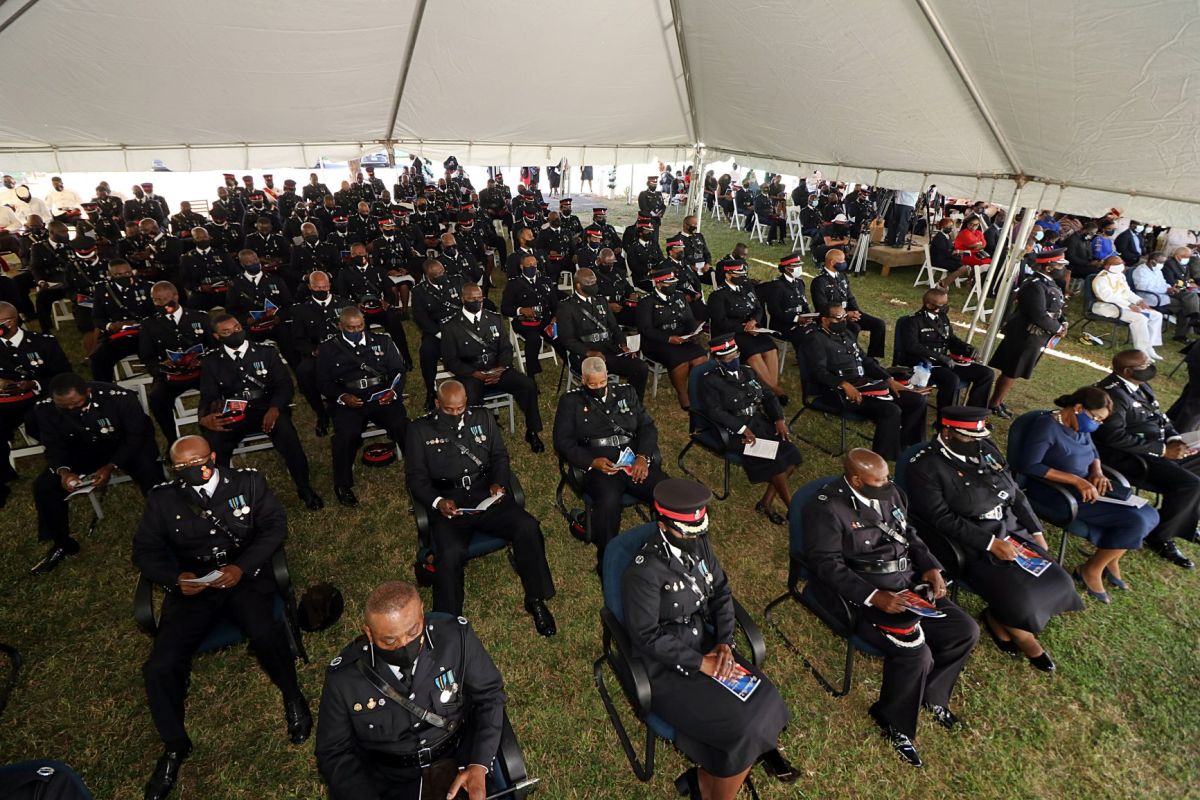 COP in the process of restructuring the police force

NASSAU, BAHAMAS — Commissioner of Police Paul Rolle advised yesterday that some 250 officers are expected to retire by the beginning of January 2022, due to attrition factors.

As a result, the commissioner said he has begun a restructuring effort of the Royal Bahamas Police Force (RBPF).

The police force currently has 3,570 sworn officers, including 900 police reserves, the commissioner advised during his annual press briefing at police headquarters.

Over the last five years, 508 officers were recruited.

However, 515 officers were lost during that time period, including 93 officers who retired last year.

“These numbers are daunting given the fact that we were unable to sustain recruitment levels to supplant these losses, particularly when taken in the context of expectations of the force.”

The commissioner noted a recruitment exercise will be conducted in “short order” as an initial step to rebuild the strength of the force.

He explained that this is critical because it takes one to two years before new officers are fully productive.

“We’ll be losing out on potential value for months to years after our retired officers have left,” Rolle continued.

“Notwithstanding, I will continue to review policies and realign the ranks of the force to efficiently manage manpower resources at all police stations throughout The Bahamas.”

In 2020, the RBPF facilitated the training of 2,548 police officers and an additional 207 law enforcement officers from other agencies.

Rolle expressed confidence in the “creative and innovative police officers who possess the requisite skills, talents and expertise to manage crime”, and encouraged the community to work with law enforcement.

“We are optimistic about 2021 and we look forward to maintaining an equitable relationship with members of the public as we perform our pivotal role of creating safer communities in the Commonwealth of The Bahamas,” he said.