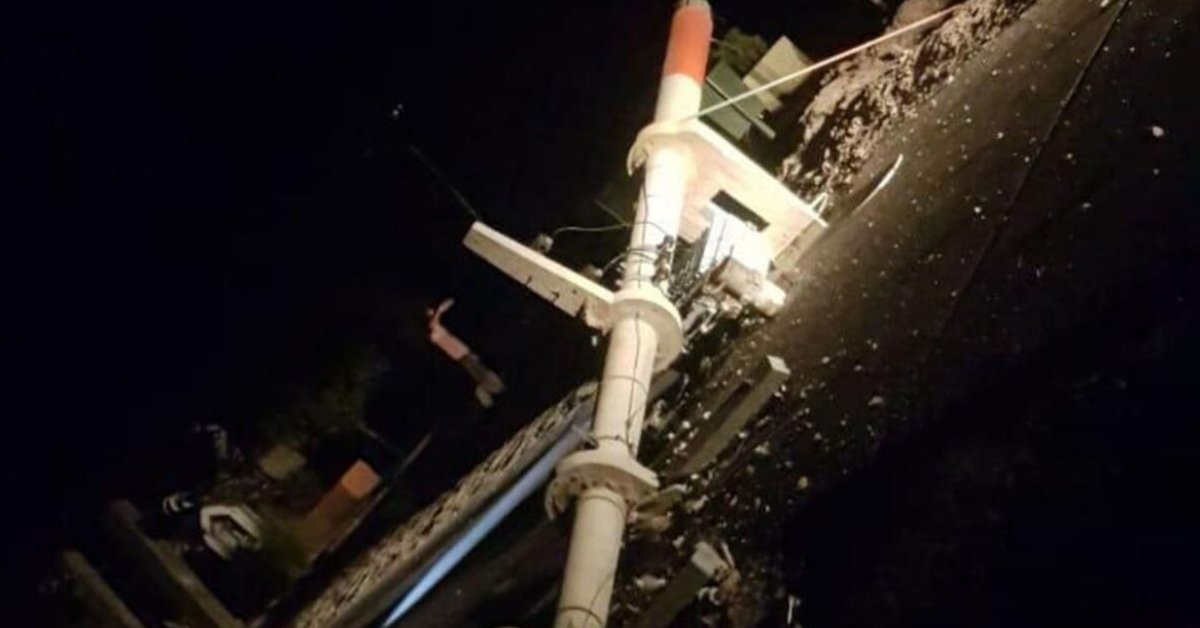 Late this Monday night a earthquake of 6.4 degrees on the Richter scale was registered in the province of San Juan , and was felt with varying intensity in the provinces of Córdoba and Mendoza.

As reported by the National Institute of Seismic Prevention (INPRES) , the phenomenon reached its maximum intensity at 23: 40: 22 and had a depth of 8 kilometers, while its epicenter was at 54 kilometers southwest of the local capital. At the same time, a strong echo was registered in Santiago de Chile, mainly between the Atacama and Maule regions, although the Hydrographic and Oceanographic Service of the Navy (SHOA) of that country reported that the characteristics of the movement “do not meet the conditions to decree a tsunami alert on the coasts.”

In social networks # Earthquake, #Earthquake and #Temblos became a trend in the early morning of this Monday. Hundreds of users from different parts of the country published videos and images of the moment they felt the tremors. Scenes of lamps moving from one side to the other and waves produced in pools as a result of the movement of the earth were replicated on Twitter.

One of the most shocking moments that were broadcast on social networks occurred in the tower control of the Córdoba airport. There you can see how the lamps and a water dispenser move for a few seconds.

With its epicenter in the south center of San Luis, it also felt strong in Mendoza and Córdoba. From this last province, the journalist of Todo Noticias , Nicolás Tillard stated: “I never experienced a similar situation, it was almost a minute in which the lamp moved, the television set. We were with my parents and we got under the openings ”.

“It was an earthquake similar to the one in Caucete in 1977 ″ , expressed Miguel Castro from the Mendoza seismological center. In social networks, users reported that even the tremors were felt in the City of Buenos Aires. “What happens is that seismic waves travel many kilometers, more when it comes to a magnitude of this magnitude, and as in this case of a practically superficial focus; If the magnitude is very large as in this case and the depth is very small, the consequences will be greater in construction and at the society level, ”explained Castro. And he warned: “You have to be very careful with the aftershocks, generally these earthquakes present for a time several aftershocks of lesser magnitude. Calm must be keeped”.

“The scare passed a little but it felt very strong,” shared Raquel, a neighbor of San Juan who reported that she felt “everything is moving”: “It seems that it is going to the house falls, we have a pool at the bottom and the waves looked like waves of the sea ”. The earthquake affected the electricity supply in some areas of the province.

Another resident of San Juan shared on his social networks the impact caused by the earthquake on his kiosk. Broken bottles and products scattered on the floor of the premises as a result of the movements.

A family published a video that reflected not only the impact of the movement in different parts of the house but also the shock they experienced in the seconds that the earthquake lasted.

On the Route 40, at the height of the province of San Juan, a user Twitter showed how it caused a shocking crack in the pavement.

An earthquake of 6.4 degrees on the Richter scale was registered in San Juan: it was felt in Córdoba and Mendoza

An earthquake of 6.1 degrees was felt strongly in Salta and Jujuy

Previous Post
Top 5 Armenian dishes you must try in your life
Next Post
“Hakar” receives the Dean’s delegation and contains the crisis !!