Time to return to the negotiating table 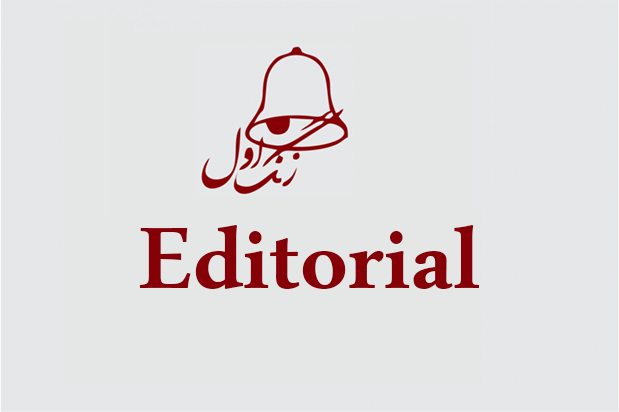 The second round of peace talks began ten days ago, but no progress has been seen in the negotiations during this period. Some members of the Taliban delegation did not even make their presence felt during this period. One reason for the absence may have been a disagreement within the Taliban delegation. For this and possibly other reasons, only one preliminary meeting and one technical meeting were held in the last ten days between the delegations of the two sides.

At the preliminary meeting, it was agreed that the technical teams from both sides would work on ordering and defining a common approach to the issues to be discussed in the negotiations. Despite the fact that days have passed since this agreement, the results of the work of these teams have not been determined yet. It is not clear what the main reasons for the suspension or postponement of the technical team meetings were. However, it could be argued that deep differences of opinion between the two sides on the issues to be discussed and their order were the main reason for the delay. Some members of the Taliban delegation were also in Pakistan at the time.

The second round of talks has been off to a slow start. It was not expected that the delegations would not be able to enter into negotiations on issues they were supposed to discuss even after ten days. Meanwhile, the technical teams of the government and Taliban delegations have not yet succeeded in creating an agenda and establishing common ground for the issues to be discussed. This inability is proof of the harsh climate that surrounds the negotiations in the second round.

It is natural for negotiating parties to disagree on an agenda or on common grounds on which issues can be discussed. The government and Taliban delegations represent two very different political and ideological areas. They have been at war with each other for years, and each is committed to a different kind of political system. This will obviously result in a difference of opinion between the two sides that will not be possible to be resolved immediately.

It is the duty of the negotiating delegations to resolve these disputes and agree on a common foundation for future relations. The technical teams of both sides have a responsibility to approach the points of disagreement on the agenda and common ground for the issues under discussion and find a suitable solution for them. It is very disappointing that these teams, firstly, did not manage to hold meetings as scheduled and secondly, were not able to report the results of their work even after a week and a half. This is a great weakness and a sign of both sides’ disregard for time and maintaining the negotiations at a healthy pace.

It is clear that negotiations on the issues at stake will not begin until the some kind of common starting point is established by both sides on the issues to be covered. The lack of work or inability of the technical teams to do so will only lead to delays in public meetings. Therefore, the technical teams from both sides need to speed up and resolve differences using flexibility and logic. It would be a shame if these teams could not prepare a package of topics to be presented at the plenary session in a timely manner. This is not expected to take more than four sessions and a week because the work of these teams is simply to prepare the agenda and the common ground for the issues to be discussed in terms of their importance and priority. The actual discussion of these issues is the job of the plenary, this being the only stage for actual discussion of the topics.

While the atmosphere for peace talks in Qatar is very cold, here in Afghanistan, the battlefield is getting very heated. In recent days, fierce fighting has broken out between government forces and Taliban fighters in at least six provinces, including Kandahar, Uruzgan, Helmand, Ghazni, Logar and Kunduz. Dozens of people, including civilians, have been killed in these battles. There have also been casualties in other provinces due to armed conflict.

It was expected that with the start of the second round of talks, an agreement on reducing violence would be reached at the start. Unfortunately, as the negotiating table cools, the battlefield has become extremely hot, as if neither side had the will to reduce violence or conclude negotiations.

If the intention of the parties is to end the war through negotiations, these negotiations must be accelerated. The current negotiations are completely dull and lifeless, and do not have the speed and strength expected by the public. For the people, far more important than the mere presence of the delegations in Qatar and their meeting each other, are the results of this presence and its impact on the current situation. Although around four months have passed since the start of the Doha peace talks, the people have not seen any change in the situation. While it is true that the war in Afghanistan will not end overnight, what is hard to accept is that after months of negotiations, not even the slightest glimmer of hope for the future has emerged. These cold-blooded negotiations and hot wars have made people even more frustrated about their future. Therefore, the expectation of the people of Afghanistan and the international community is to speed up the negotiations and then at least agree on a reduction in violence.

The post Time to return to the negotiating table appeared first on 8am Newspaper.