Uñac: “From San Juan we are making the sport continue to beat for all of Argentina” 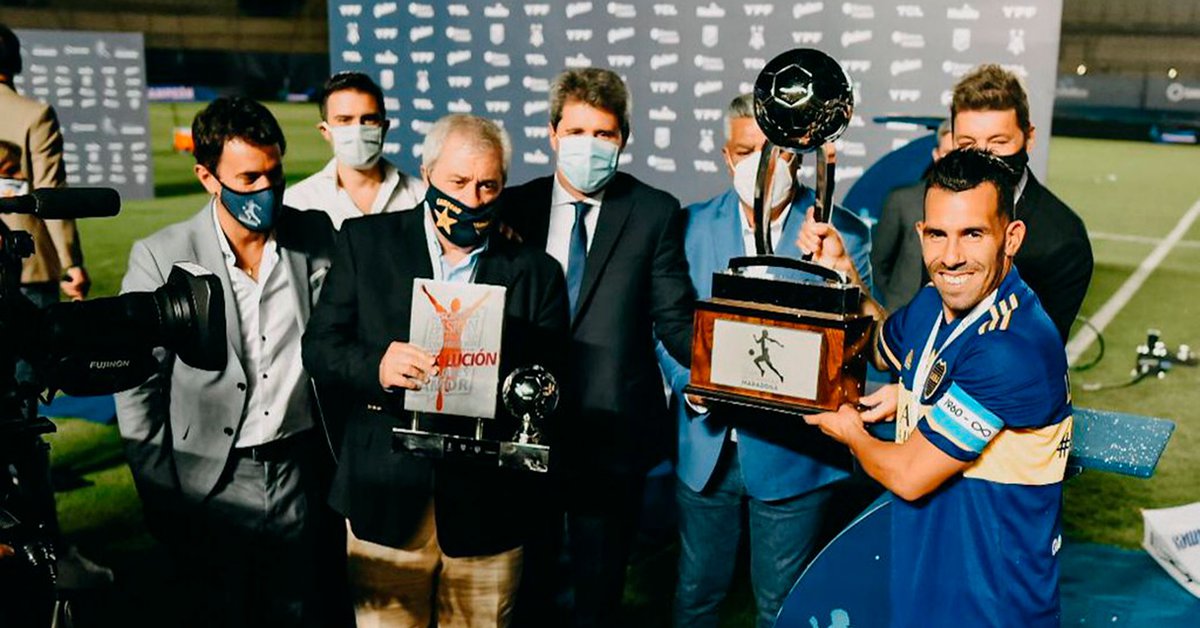 The governor of San Juan, Sergio Uñac, attended this Sunday night at the San Juan del Bicentenario Stadium, where the definition of the Diego Cup was disputed Armando Maradona in his Championship Zone, which enshrined Boca Juniors as champion against Banfield in the penalty shootout.

Uñac was accompanied by the president of the Argentine Soccer Association, Claudio “Chiqui” Tapia; the president of the Professional Football League, Marcelo Tinelli; the secretary general of the Argentine Soccer Unionists; the mayor of Pocito, Armando Sánchez; the Minister of Public Works and Services, Julio Ortiz Andino; the Minister of Human Development, Fabian Aballay; the Secretary of Sports, Jorge Chica; the Secretary of Security, Carlos Munisaga; the Undersecretary of the Government Unit, Luis Rueda and the Chief of the San Juan Police, Luis Martínez.

In the preview of the meeting, a mapping show was projected in the stands and the cumbia singer Ángela Leiva sang the Anthem Argentine National.

The president highlighted what it means for the province to host the definition of the highest category of national football: “ It is a great commitment for this province, which is so committed to sport , that it not only thought about it but also made a lot of contact with athletes, social and high performance, a lot of contact with sports leaders. Without them there is obviously no sport, but also we bet a lot on the sports infrastructure of all disciplines and bring events . And in this framework, that the president of the AFA and the president of the Professional League have allowed us that San Juan will host this mythical Diego Armando Maradona tournament in its final, here in the province of San Juan, is responsibility, pride and satisfaction . From San Juan we are making the sport continue to beat for all of Argentina. ”

Uñac referred to the atypical scenario in which the cup is disputed, since in compliance with the sanitary protocols the mass is held without an audience: “The truth is that it is difficult to see this structure where 30 enter a thousand spectators without the fans who give a very particular color to Argentine football. Let’s hope that this year all this will give way with the arrival of the vaccine and that we can return to a new normal ; It seems to me that it will not be the previous one but it will be a normality that allows us to think that sport is going to have that which is so strong that its spectators are “

Next, the governor highlighted the importance of sport as a social articulator:” Each of these events that we do in the province of San Juan allow that on Monday, another boy, from any department of the province, is practicing sports in one of the clubs, in a pasture, or wherever, but it seems to me that that is the a great tool for social change, the State promoting education and sports ”.

Previous Post
Deadly white spot virus killing prawns and crabs in the wild
Next Post
Minister of Agriculture: Algeria achieved a surplus in production during the Corona pandemic