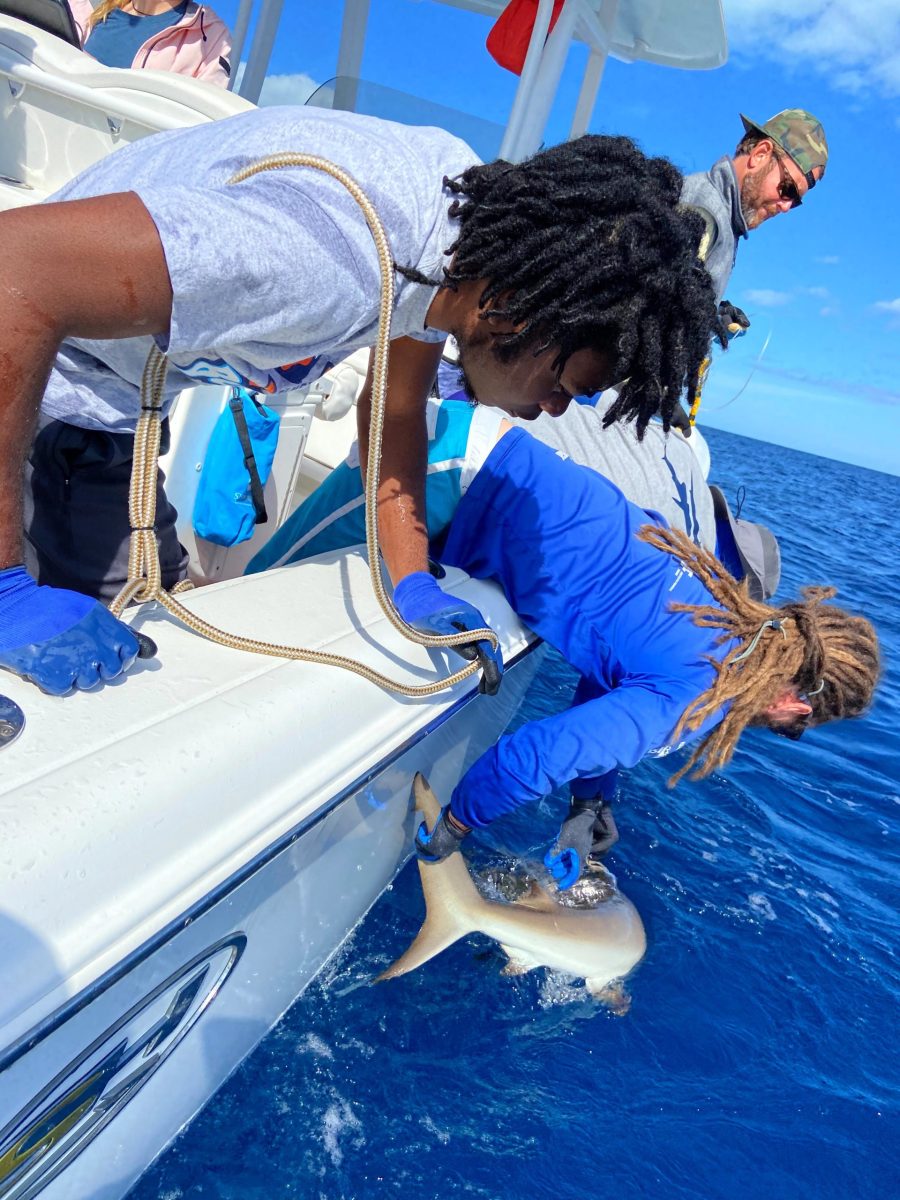 NASSAU, BAHAMAS — An exciting, new collaboration has developed between the Bahamas Agriculture and Marine Science Institute (BAMSI) and non-profit organization Saving the Blue to study the sharks and rays living in the waters around Andros.

Andros island is a hidden gem in The Bahamas’ archipelago with expansive marine ecosystems, including mosaics of mangrove-fringed creeks, vast sand flats scattered with seagrass beds and the third-largest fringing coral reef in the world that connects these nearshore habitats to the deep pelagic zone known as the Tongue of the Ocean.

However, despite hosting nearly pristine habitats, almost nothing is known about the sharks and rays that occupy its waters.

Throughout the past two weeks, students and faculty from BAMSI joined researchers from Saving the Blue to conduct scientific surveys around Andros to study the distribution patterns, resource use and ecological role of its sharks and rays. BAMSI team members helped deploy and retrieve gillnets to sample juvenile lemon sharks in the shallows, drum-lines along the back reef for species such as tiger sharks and reef sharks, as well as drift fishing for silky sharks in the deep pelagic.

During these experiences, faculty and students were taught how to safely process sharks, including taking length measurements, determining sex, as well as implanting electronic tags for individual identification and tracking.

The Bahamas is a global leader in shark diving and conservation and critical to its continued success will be the development of Bahamian scientists to lead monitoring projects and inspire the next generation of marine scientists.