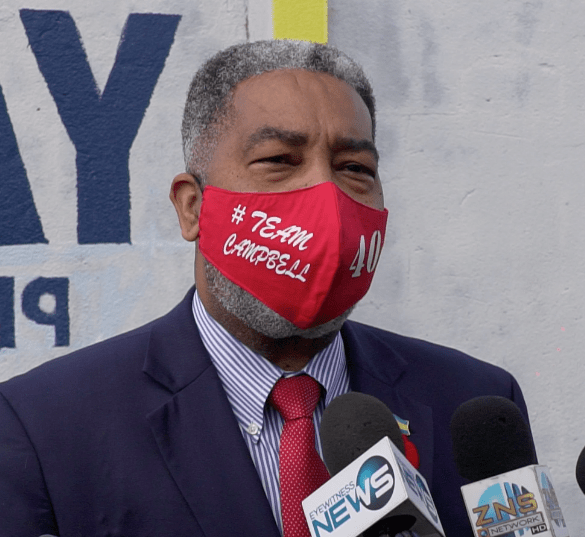 This comes on the heels of a video being circulated on social media showing several adult women, purportedly at the children’s home, appearing to verbally scold a group of little boys before beating them.

Campbell said he was made aware of the video last night, noting that the Child Protection Council has begun an investigation that will be escalated if necessary.

“I want to make it clear that, in no way, form or fashion, do we support any form of abuse against children, adults, girls, boys, women — no form of violence or abuse,” he told reporters ahead of Cabinet.

“…As the minister responsible for the eight children’s homes, with approximately 150 children throughout the commonwealth, including Grand Bahama and Cat Island, it is my job to ensure that those children enjoy the full safety and comfort and security that the state has to offer.”

The minister could not say whether any staff has been sent on leave or how many people are being investigated, but sought to assure the public that the matter will be “impartially investigated”.

In the nearly 10-minute-long video, at least five different women, including one in a wheelchair, are seen beating several young boys with either their hands or thin objects. It is unclear whether all of the adults are employed at the home.

Initially, the boys are lined up and called one-by-one to receive their beatings. But as the video goes on, the scene becomes more extreme as some boys, writhing in pain and trying to escape, end up being chased around the room or even held down on a desk and struck by some of the women as others look on.

At some points, the women appear to be laughing or ridiculing the boys’ pained reactions.

Officials at the Children’s Emergency Hostel could not be reached by Eyewitness News yesterday.

Campbell said that if anyone is found “culpable” in the matter, “the chips will fall where they may”.

“I have spoken to the chairman of the board at the Children’s Emergency Hostel and we are on the same page,” he said.

“And so, I just want to assure everybody that even prior to this, we have been having regular meetings trying to put together management agreements, because you may appreciate that all of these homes are not owned by the government. Many of them, we are partnering with.

“That notwithstanding, the welfare of the children is ours. The children are our children.

When asked whether this matter would cause there to be increased inspections in children’s homes across the country, Campbell said he does not want the incident to suggest that his ministry is “negligent” or does not have protocols in place.