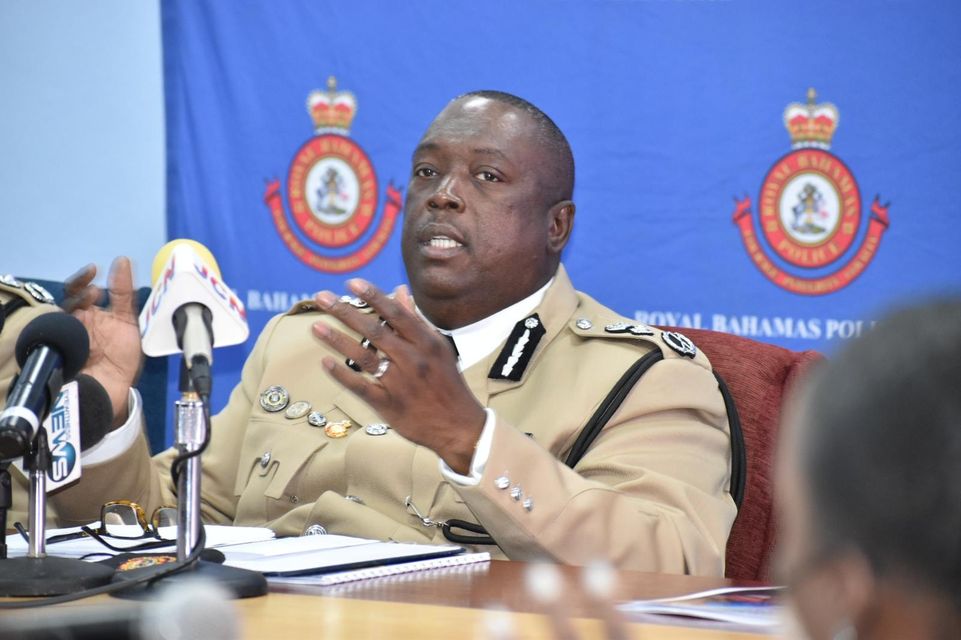 NASSAU, BAHAMAS — Following public outrage regarding his comments about men who committed suicide last year, Commissioner of Police Paul Rolle yesterday apologized to the families of the men whom he may have offended.

On Monday, during his annual press briefing, Rolle revealed that there was a 38 percent increase in suicides in The Bahamas, with 11 incidents recorded in 2020 as opposed to the eight in 2019.

Of the number of suicides recorded last year, 10 of the victims were men and one was a woman.

In response to media questions, Rolle noted that some of those suicides involved domestic relationships with “weak” men.

However, Rolle came under heavy fire by psychologists across the country for what some labeled as an “insensitive” response.

Yesterday, he sought to roll back those comments and clarify what he meant.

“In respect to the families who may have had loved ones who committed suicide, there was no harm intended,” Rolle told Eyewitness News, when asked about his thoughts on the reaction to his comments.

“For them, I apologize to those for the offense that I would have caused.”

He insisted that he was simply trying to note there was no scientific evidence to correlate the suicides to the coronavirus pandemic, but that the comment was “taken out of context”.

On Monday, Rolle noted that while some of the incidents could have been triggered by the stress people were feeling, that still does not provide the necessary information to determine whether those suicides were connected to the pandemic.

“We had a few of those we knew were domestic-related, where fellows are weak, and they kill themselves because they were having issues with their females,” he said.

There was also a 20-percent reduction in attempted suicides, with 45 incidents recorded in 2020 compared to 56 incidents in 2019.

Of that number, 40 occurred on New Providence and five on Grand Bahama.

Local therapist Harrison Thompson was among those who scolded the commissioner for his comments.

“How dare you, sir. As a therapist on the frontline assisting both men and women in society to battle the very real challenges of depression, anxiety and suicidal ideation, your comments are out of touch,” Thompson said.

“Mental health challenges don’t have a face and anyone living on this side of death will experience challenges that make them feel as though they are ‘weak’ for experiencing them — and this is precisely the problem.”

He noted that when men are called weak for having experiences, they often fail to seek the help they need without judgment.

“The only weak men are the ones that ridicule other men for having very human experiences,” Thompson added.

“So, if you are a man struggling with vulnerability in this regard, know that it’s not a judgment on you to struggle, to hurt and to be unsure of the next step.

“Through your acknowledgment of what you experience, good or bad, you give yourself the power needed to change your life and those around you.”