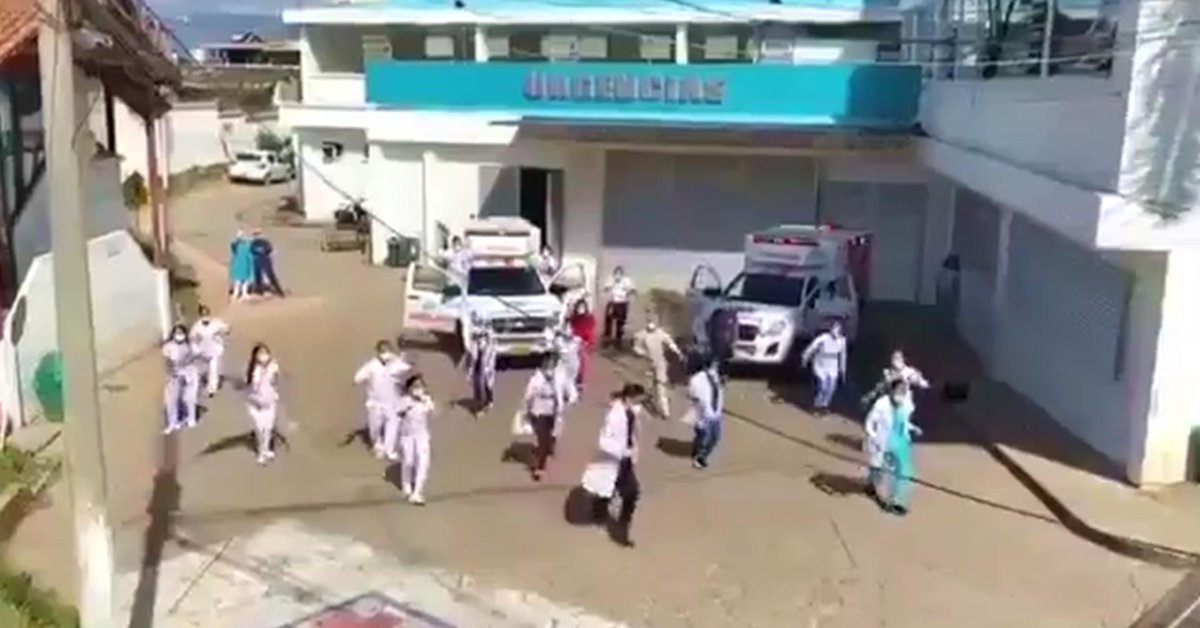 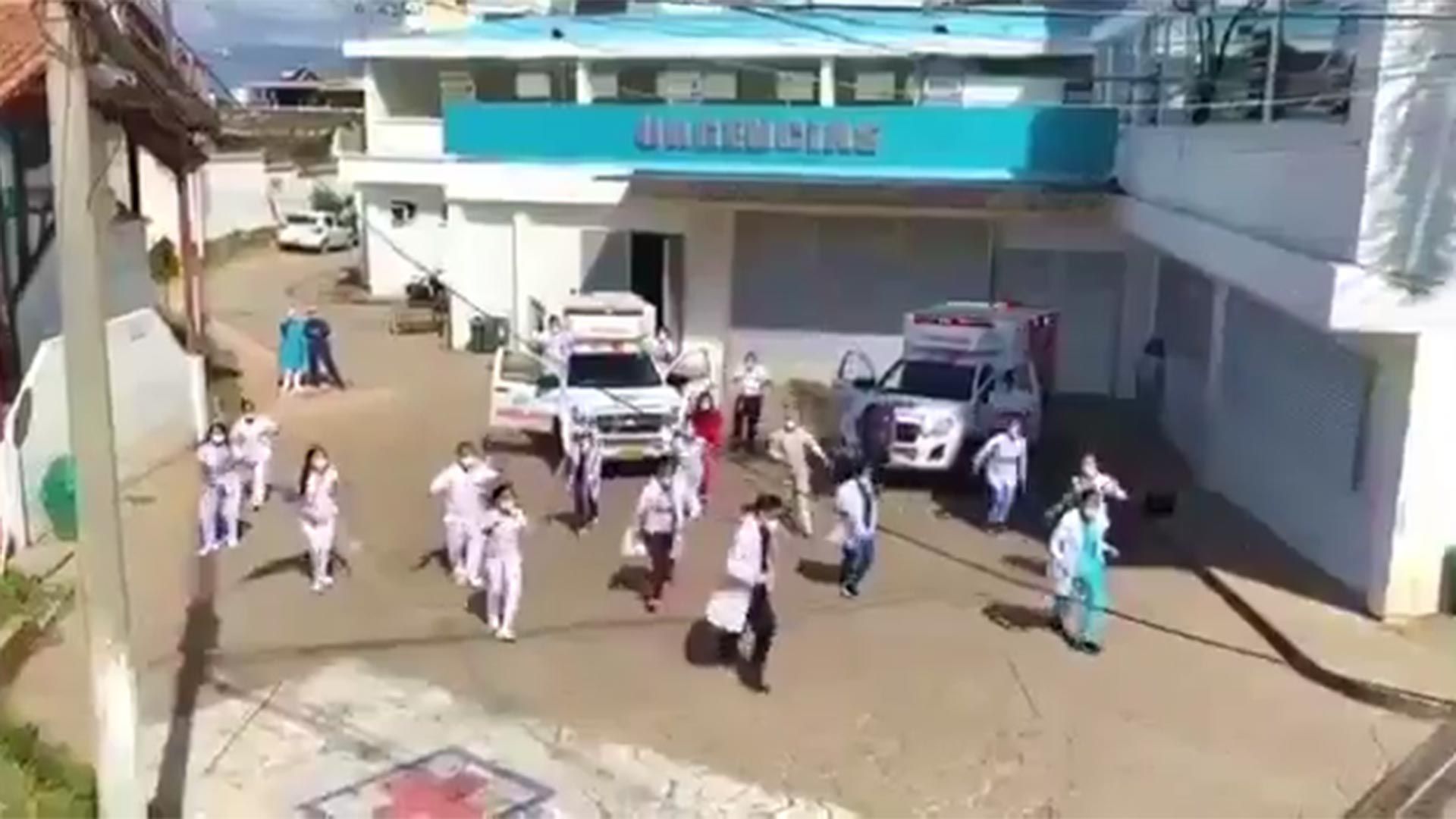 In February 2020, the song Jerusalema , by the South African artists Master KG and Nomcebo, went viral in the world, its danceable rhythms and hopeful lyrics made the melodies of that track sound in the hospitals of the world like a hymn of hope and encouragement, both for patients and doctors.

With the hashtag #JerusalemaChallenge several doctors, nurses and different health workers interpreted, in their own way , the choreography of the song and they shared it on social networks as a symbol of hope and that, in the midst of the pandemic and the bleak outlook, it is possible to think about being better.

Even in some medical institutions, the health personnel formed the choreographies of the song to do them in front of their patients and give them a moment of encouragement in front of everything they were experiencing due to the virus.

To start the 2021, and to reduce stress due to the second peak of the pandemic in Colombia, the medical staff of the San Rafael Hospital in Fusagasugá, a municipality near Bogotá, decided to join the global challenge and with several of the institution’s workers they recorded a video interpreting their own version of the Jerusalema Challenge. 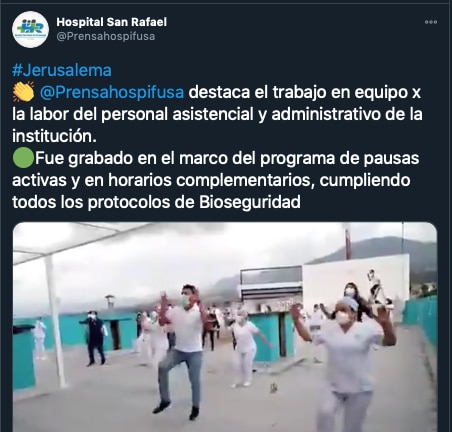 “We joined the challenge of Jerusalem because we learned to overcome difficulties and turn them into teachings to stay strong and committed, not only with the patients we have in the hospital, but with all the medical personnel who have made a tireless fight during all these months ”, confirmed from their Twitter account Hospital San Rafael.

According to representatives of health professionals, the video was recorded within the framework of the active breaks program and at complementary times of the institution, complying with all the protocols of biosecurity.

In the recording you can see doctors, nurses, administrative staff and patients, sending a message of hope to those who are going through difficult times due to the pandemic due to the covid – 19.

According to Andrés Mauricio González, manager of Hospital San Rafael, this type of entertainment space helps his staff not be demotivated, since many of them have been working shifts of 24 hours in a row, because there are not enough medical personnel to attend to the emergency that is being experienced by the pandemic.

What is happening with medical personnel in Colombia?

Organizations Trade unions of the medical sector in Colombia assured the national government that it is not that there is a deficit in human talent for the different hospitals in the country, but that the working conditions are not optimal to carry out their work during the crisis experienced by the pandemic.

The unions sent a letter to the Colombian Minister of Health, Fernando Ruiz Gómez, and to President Iván Duque, requesting different measures in relation to the complex situation that occurs among health personnel. The Colombian Association of Scientific Societies and the Colombian Federation of Medical Unions made a strong call to the Ministry of Health to support health officials who have submitted their resignation during the pandemic due, among other things, to bad working conditions.

The unions requested support in a “Unrestricted” by the portfolio to the officials, who have left their jobs due to months of lack of economic remuneration , “lack of elements of personal protection, not only in sufficiency, but also due to the quality of inputs and insufficient supplies to work”, assured in the text sent to the Ministry.

Colombia to Iran, among the countries with the most deaths from covid – 19, but without vaccines

The actress Paola Moreno collected the money she needed to pay for the treatment of her father, hospitalized for coronavirus