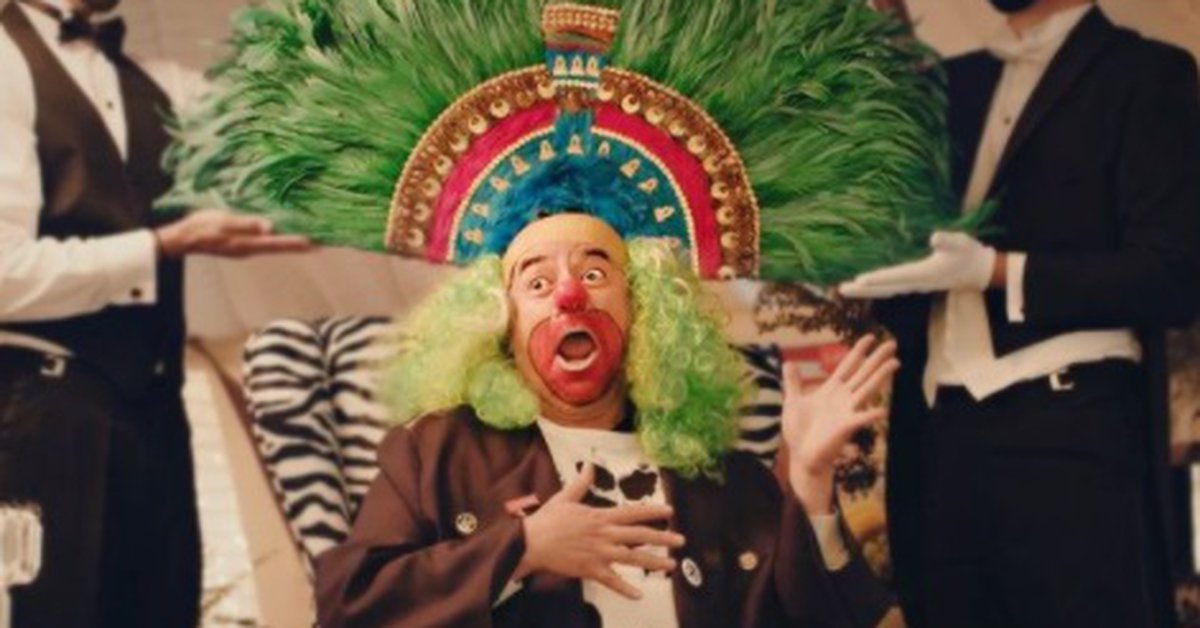 journalist Víctor Trujillo, under the alterego of Brozo, has become one of the most fierce critics of the administration of the president of Mexico, Andrés Manuel López Obrador, and especially the handling of the pandemic, but now he is in the eye of the hurricane for appearing in a public place without a mask, despite the fact that for months he has disapproved of ignoring the handling of this essential instrument against COVID – 19.

In social networks an image of the Mexican communicator circulates without using a face mask and forgetting all the sanitary measures imposed to eradicate the coronavirus, as the healthy distance or stay at home.

According to what was explained on Twitter , Brozo went to Mérida to record a capsule of his character and although all his staff did use the mask, he only used his characteristic makeup and omitted to use it when talking to a woman in the area.

This situation generated more than a reaction on web platforms, where on the one hand are those who attack him for not using the sanitary instrument and on the other there are those who exempt him from guilt for not being a federal official, as the Undersecretary of Prevention and Health Promotion of the Government of Mexico, Hugo López-Gatell, who a few days ago traveled to Huatulco without wearing a mask.

“Everyone must wear face masks, without distinction. That includes Brozo, Gatell and López Obrador ”,“ Brozo was in the middle of the recording and not on vacation, and he is also not Undersecretary of Health ”,“ He is the favorite patiño of ranch fascism ”,“ Put on the mask, then you are screaming ”Or “ Will they still be mad at the president when he doesn’t use it? Because there is an abyss of distance between Brozo and the PRESIDENT of the country ”, are some of the reactions that abound in the social network of the blue bird.

Several local media assured that in the Plaza Grande Mérida a capsule was recorded for the news portal Latinus , where the protagonists were the journalist Carlos Loret de Mola y Brozo, who also took photographs with the curious who walked through the area and always respecting hygiene measures.

So far neither of the two characters has offered a statement about the attacks on Twitter, but the positions they have had for the handling of the pandemic are evident and the behavior of Q4 at the head of the Government of Mexico.

It was at the beginning of this month when Brozo was defiant in the face of López-Gatell’s decision to travel without a mask to Huat ulco, Oaxaca.

“No nothing happens. Tomorrow the president defends me, cheers me up, and at seven I get angry with the media … Another michelada? ” wrote on his Twitter account to speak out against one of the most popular Mexican government officials and leading spokesperson for the COVID pandemic – 19.

This occurred after several photographs of the epidemiologist vacationing in what is presumed to be the beaches of Zipolite, Oaxaca, were published on social networks, accompanied by a woman with whom he shared a table in a restaurant.

But this was not the only time that Brozo threw Hugo López-Gatell, since in another On the occasion he dedicated a fragment of the tango entitled Cambalache, on the occasion of the visit that the doctor made to Argentina to discuss issues related to COVID vaccines – 19.

“Don’t think any more, sit next to that nobody cares if you were born honorable. He who works night and day like an ox is the same, as he who lives off others as he who kills, as he who heals or is outside the law ”, tweeted Víctor Trujillo .

MORE ABOUT THIS TOPIC

“Nothing happens, in the morning the president defends me”: the challenging response of “Brozo” to the photos of López Gatell on the beach

Brozo dedicated a tango to López-Gatell: “He who kills is the same as he who heals”