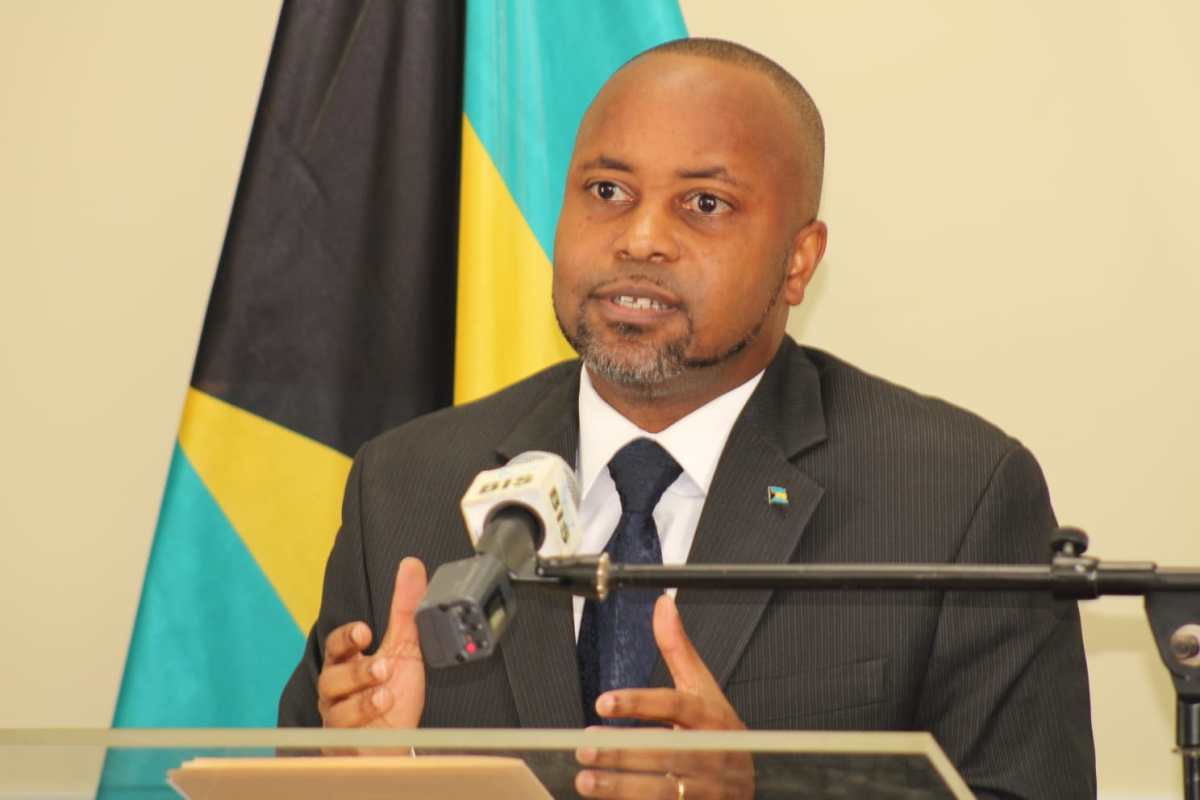 NASSAU, BAHAMAS — The government is placing a renewed focus on expediting the pipeline for larger scaled investment projects, according to Minister of State for Finance Senator Kawsi Thompson.

Thompson, who was addressing the Canada-Bahamas Virtual Business Mission with the High Commission of Canada, noted the decision-making process for foreign direct investments (FDI) is being reconstructed so that reviews and approvals are delivered quickly.

“The government of The Bahamas is also placing a renewed focus on expediting the pipeline for larger scaled investment projects, which contribute significantly to new jobs and spending in the economy,” he said.

“We are doing this by restructuring the foreign direct investment decision-making process so that reviews and approvals for high-impact investment applications are delivered faster. The demand today is as strong as ever, even as the global economy has been starved by the pandemic.

“Investments have continued to flow in The Bahamas. Downtown Nassau is undergoing a massive redevelopment with approximately $1 billion dollars’ worth of projects that will help to revitalize the city centre.

“The $200 million-plus Pointe project is nearing completion in Downtown Nassau. At Prince George’s Wharf, the $250 million Nassau Cruise Port redevelopment is underway. The project recently reached another major milestone with the commencement of its sheet-piling operations, which marks the start of the port’s marine construction.”

“In fact, capital expenditure goals, using the PPP framework, is a key component of our fiscal strategy, and critical to our economic recovery plans. Not only are we planning to focus on investments in health infrastructure, roads, bridges, airports and energy, but we are also going to do so by creating a National Infrastructure Fund and leveraging PPP opportunities building upon the policy framework established in 2018.”

He added: “Due to the strain created by COVID-19, we have been more targeted in our CapEx budgets in the short-term, but this has only increased our motivation to explore creative alternatives to finance critical infrastructure projects that must continue.

To further support local businesses, Thompson noted, the government has committed to providing an additional $50 million per year over the next five years, which is particularly aimed at preparing small businesses for the global marketplace by helping them to scale up production.

“The opportunities in this space are unlimited and our international investors are recognizing such,” Thompson noted.

“Notable is the collaboration between Disney Cruise Line, the Eleuthera Chamber of Commerce and the Small Business Development Center. The Disney Lighthouse Point project is a $400 million investment project to construct a cruise port and entertainment facility in Eleuthera, at one of the most pristine coastal spots in the entire archipelago.

“Disney signed an MOU with the Chamber and SBDC to inject $1 million in assistance for the island’s business startups. The new Business Hub just had a soft opening a few days ago; it will be staffed with advisors and house a number of resources to support entrepreneurs.

“These are the types of collaborations that drive high returns for investors and for our communities.”