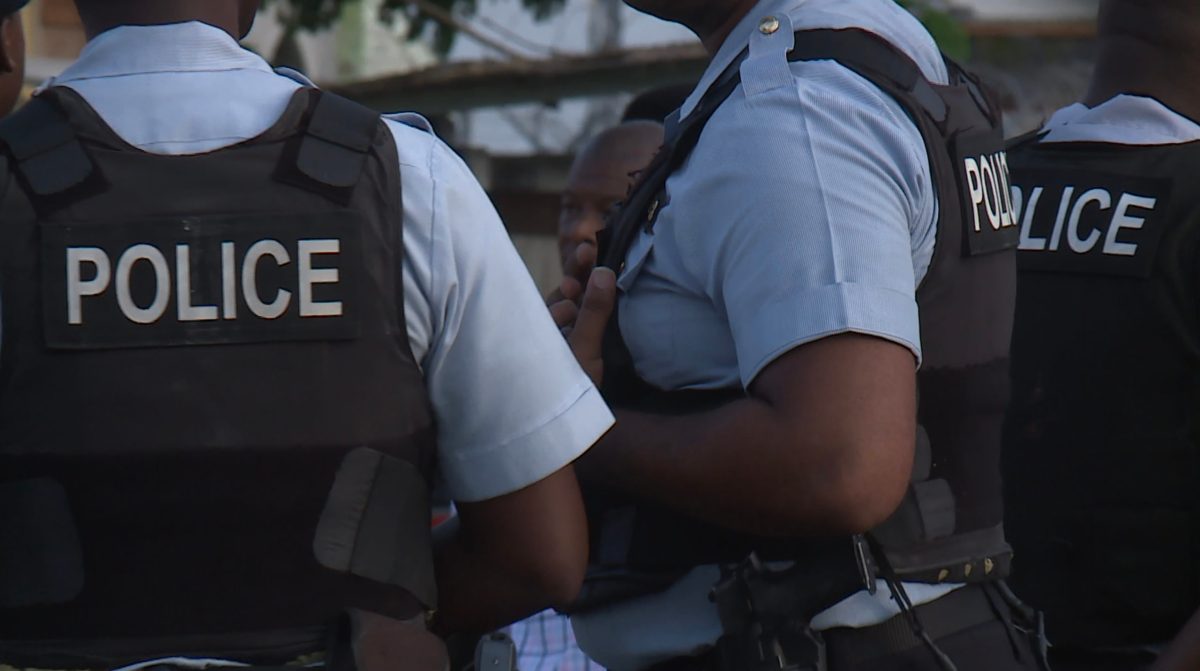 11 people killed in police-involved shootings in 2020

NASSAU, BAHAMAS — Minister of National Security Marvin Dames attributed the slight increase in police-involved shootings last year to “the world we are living in today”.

Dames insisted that officers are being faced with assailants who have more high-powered weapons than them and have no choice but to defend themselves.

There were 20 incidents of police-involved shootings in 2020 that resulted in 11 deaths, according to police statistics.

Speaking to the matter outside Cabinet, Dames said: “Unfortunately, it’s the world that we are living in today.”

“Many of the instances in this country, our young men continue to challenge police officers and oftentimes the weapon that they have is much more sophisticated than what the police officer has.

“Whenever a police officer pulls that weapon and fires, what he or she is saying is that their life is in imminent danger.

“…Police officers are trained to defend themselves and they have to do it. This is the world that we are living in.”

Dames cautioned young men who decide to take on the police.

“It’s a decision that you will come to regret because police officers are trained for situations like this,” he added.

“…When a police officer puts on his uniform, leaves his home with his family, goes to work and now he gets in a squad car at night, he goes into a community and individuals in that car holds automatic weapons, this is the reality that we live in.”

The national security minister admitted that while every officer may not be innocent, there is a system in place that will determine their innocence and those at fault will face the consequences.

He said dash cameras and body cameras have been introduced to ensure full transparency, so that police officers are acting within the law.

During his annual press briefing on Monday, Rolle advised that 10 of the fatal injuries are before the Coroner’s Court and a police sergeant was charged before Magistrate’s Court in the other death.

He noted that there were also 11 non-fatal injuries as a result of encounters with armed suspects.

In two of the non-fatal incidents, disciplinary action was taken against two officers, while suspects were charged in the other matters.

Rolle said there was a two percent decline in complaints against police from members of the public, with 149 matters reported compared to 152 complaints in 2019.

“This is the lowest amounts of complaints against police in five years,” the police commissioner said.

Of those matters, 44 are still under investigation; 22 have had the complaint withdrawn; 30 have been declared “unfounded”; 21 are under sub judice; and 17 are pending trial.

Additionally, civil action has been advised or a warning given in 14 matters, and two matters ended in compensation.

Of those matters, 22 are still under investigation; eight ended in discharge/acquittal; five were withdrawn/no further action was taken; seven ended in warnings or were informally resolved; 11 ended in a conviction; and nine are before the police tribunal.

Seven of those internal complaints were unfounded or had unsubstantiated evidence.

There were also 10 complaints accusing officers of corruption.

Two of the matters are under investigation, one has been withdrawn, four were “unfounded” and three are before the tribunal.

Rolle advised that 37 disciplinary cases for 2020 ended with conviction resulting in terminations, resignations, reductions in rank, reduction in seniority and fines.

He said officers in ranks from constable to superintendent were affected.