Horacio Rodríguez Larreta assured that face-to-face classes will return in CABA: the detail of the plan so that the boys return at least 4 hours a day to the classrooms 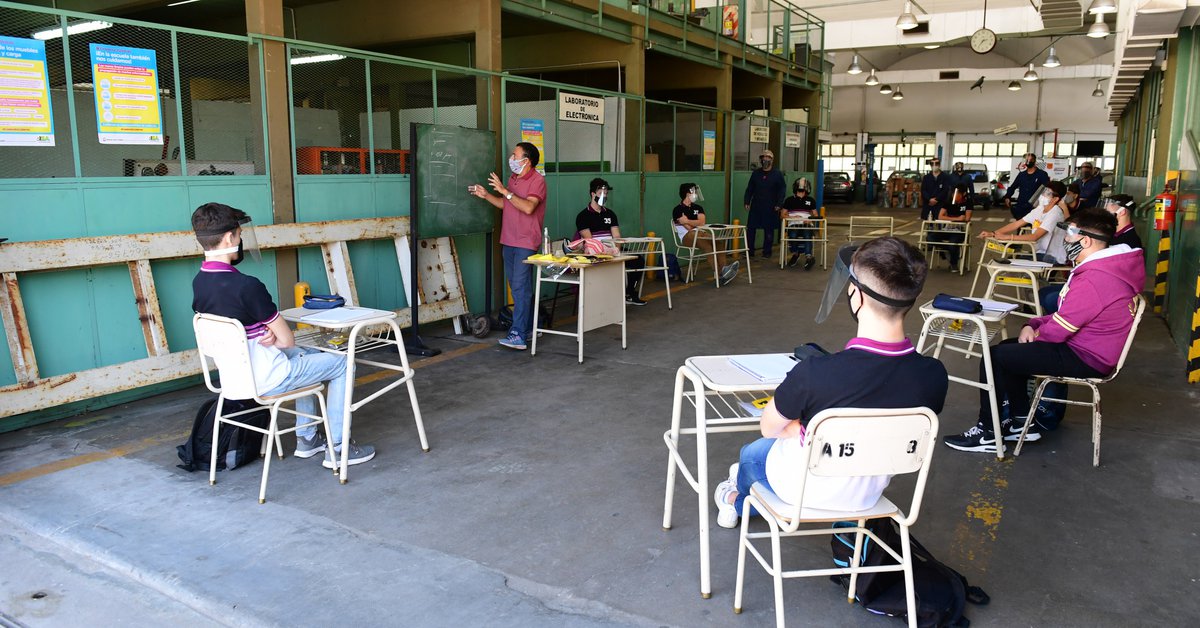 From the 17 February, all the boys will return to classrooms in the City of Buenos Aires. The head of Government Horacio Rodríguez Larreta presented Together with part of his cabinet, the plan for the return of face-to-face classes, which while giving schools some autonomy, requires that students attend schools at least four hours a day .

As already reported at the end of 2020, the Buenos Aires government added two weeks to the school calendar for the rhythm to resume and content to be recovered. The return will be staggered . On 16 February four groups of students will start: the boys from kindergartens, the initial level, first cycle of primary (first, second and third grade) and first cycle of secondary (first and second year).

Then, on 22 then the rest of the primary school students and a week later, on March 1, it will be the turn of the entire secondary level.

“The idea is that all the boys go every day except in those few schools that, due to infrastructure, cannot be to present a specific plan. Most elementary schools, for example, are full-time. So, in case of having many students, they could divide the boys into two shifts “, they explained to Infobae sources from the Buenos Aires administration.

In this way, the bubbles that worked since October last year, of small groups of a maximum of nine students and the same teacher outdoors. “Now the bubble is going to be the classroom regardless of how the spaces are used. O In other words, the course may have library and then get everyone together for a physical education class. In the event of a positive test, the entire classroom will be isolated “, they specified.

The proposal covers both state management schools and private and consists of three pillars:

1. Education as an essential activity

The Buenos Aires government will extend the decree 147 that ranks and declares education as an “essential activity”. “The decision marks the priority that the future of children has for us and, as indicated by UNICEF, highlights the importance of keeping schools open at any time during the pandemic,” they expressed in the City.

2. The protocols and measures for presence

The document states that presence “must once again be the rule” and virtuality once again become the “exception.” All schools they will receive a cleaning kit, a care guide and public school teachers will also receive surgical masks.

For the Buenos Aires government, ” the vast majority ”of the schools are in a position to receive all the children and comply with the security, distancing, hygiene and ventilation measures. Those who, due to building limitations, cannot achieve it, must submit a proposal to the Ministry of Education, but provided they have at least 4 hours of face-to-face classes per day.

When faced with a suspicious case or Covid Confirmation – 19 will be isolated to the entire course. Teachers who belong to risk groups will be exempted from attending schools. The same will happen with students who have a pre-existing illness or live with people who need special care.

During 2021 will continue the delivery of the nutritious school basket, which the teachers supported despite the closure of schools last year.

3. The City at the service of education

The return to presence will go through different management areas. On the one hand, the Ministry of Health will make available two testing centers for teachers so that, from February 8, with the idea that classes start having a swab done. Then, they can be tested every two weeks.

The Ministry of Transport provides different measures to ensure the arrival of the children to the schools. At the doors of the establishments, partial roadblocks will be made to widen the sidewalks and comply with the distancing Social.

All students in the school entry and exit times will be authorized to move by public transport . As said in Uspallata, they are working together with the national government and the province of Buenos Aires to increase the supply of groups, mainly during school hours.

Regarding school transport trips, they will reinforce hygiene and prevention measures. The conductors are by a plastic divider, or maintaining a safety distance of at least 2 meters. Only seated boys will be admitted, as is the rule in school transport, wearing masks and with exterior ventilation.

The idea of ​​the Buenos Aires government is to promote also the use of the bicycle. Therefore, between February and March, there will be a payment plan of 36 Interest-free installments with Banco Ciudad so that families can buy their own bicycle . The Ecobici system will remain free from Monday to Friday and may be used by students older than 16 years and teachers.

Previous Post
‘Now is the time for action’: Australia urged to raise age of criminal responsibility at UN meeting
Next Post
Minister of Trade: There are no increases in the prices of basic materials