Plácido Domingo's Love for Mexico: From Land of Opportunities to Refuge 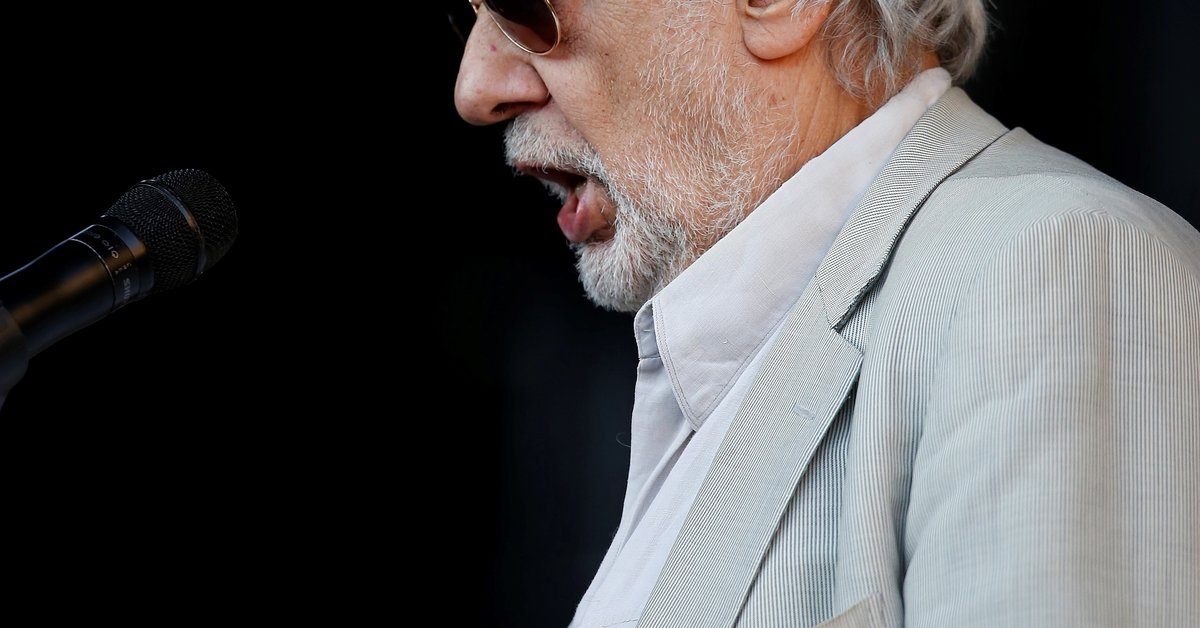 Mexico, 21 Jan (EFE) .- In 1985, the figure of the Spanish tenor Plácido Domingo lifting debris after the earthquake that struck the capital was captured in the Mexican collective imagination. Since then, the musician’s relationship with the country has grown like never before, to the point of today being his refuge after scandals of a sexual nature.
“Plácido Domingo is Spanish, born in Spain, with Spanish nationality and proudly Spanish, “music critic Gerardo Kleinburg told EFE about Domingo. However, something indisputable stands out: “There is a clearly Mexican part of him that he assumes. Plácido is a Spaniard formed and built in Mexico.”
Born in Madrid in 1941, Domingo arrives in Mexico at the age of eight after his parents, also singers Pepita Embill and Plácido Domingo Ferrer, adopted the country as their residence.
From eight to 21 years, the singer lived in Mexico and carried out his training in the theaters where they worked his parents as well as at the National Conservatory of Music.
“Plácido became a person, individual, adult, musician, husband, father and singer in our country. All training is due to Mexico, not there is some discussion “, assures Kleinburg.
On a personal level, the tenor married at 16 years and had a son. To later separate and marry again with the Veracruz soprano Marta Ornelas, already in 1962.
And in the professional, Domingo He made his debut in Mexico in 1959 with his mother and soon savored the honeys of success. In 1962, he left the country to go to the National Opera in Tel Aviv, in Israel, and as a result his career did nothing but grow.
Before his first triumphs, he also did work in the artistic field as diverse as being an assistant to the musical direction of some national works and he was even a chorister for popular musicians such as César Costa or Enrique Guzmán. “It is anecdotal, but it tells us that not only can we understand him in a frontal way as an opera singer, but that he has different facets”, mentions the writer and music critic José Noé Mercado.
SUMMIT POINTS IN MEXICO
According to Mercado, one of the key points of Domingo’s relationship with Mexico was not precisely in the operatic sphere, but in a moment of national emergency : the earthquake of 1985.
“That image is iconic because it was the established artist himself who was helping to collect the rubble already instill encouragement s to the people who were experiencing a tragedy. He himself was suffering it because he had relatives in Tlatelolco. That is a kind of postcard that is present in the memory of many Mexicans who do not even know about opera, “explains the critic.
In addition, among his most iconic works carried out in the country will find his interpretation of “Othello” in 1981 at the Palace of Fine Arts.
considered as “one of the most important singers of the almost 500 years of opera history”, according to Kleinburg, he established his relationship with Mexico as a promoter of national talent with competitions such as Operalia.
“Plácido brings great inspiration for Mexican artists, also for the public that has had the opportunity to experience his histrionic capacity in opera, definitely He is a promoter and an inspirer at the same time, for the same reason he values ​​Mexican talent, “says soprano Olivia Gorra, who worked with him.
Domingo has also collaborated with artists such as Lucero , Alejandro Fernández or Armando Manzanero, with which he managed to increase his popularity without losing his status in the world of opera.
HARD ACCUSATIONS
However, Domingo did not arrives intact at 80 years. On 13 August 2019 nine women accused the tenor if they had been sexually harassed at the end of the years 80, they would be joined by others 11 women days later.
Said accusations earned the singer losing the address of the Los Angeles Opera and the cancellation of all his Presentations on stages in the United States and Spain.
His silence predominated at first, and later he described the accusations as “imprecise” in a statement, but it was not enough to end the criticism.
By February of 2020 the tenor accepted “all responsibility” for his actions and apologized for “the pain caused”, after the The United States Opera Musicians Union (AGMA) concluded that Domingo had engaged in inappropriate activity and sexual advances in and out of the workplace.
The statements were made from his home summer in Acapulco (Mexico), where he took refuge from the media scandal and where he usually resides with his wife, one of his children and grandchildren.
The country was also the place where the disease caused by the coronavirus would pass, after at the end of March of 2020 it was admitted by covid – 19 in a hospital in the southern state of Guerrero.
But his musical activity is not has stopped since his recovery, which has been questioned by many.
“We have great singers but I think that none of them are at their height, or at their level, perhaps that is why it was so significant that all scandal fell on one of the most recognized figures in opera “, mentions Mercado, who believes how respectable it is to separate the work of the creator, how not to do it.