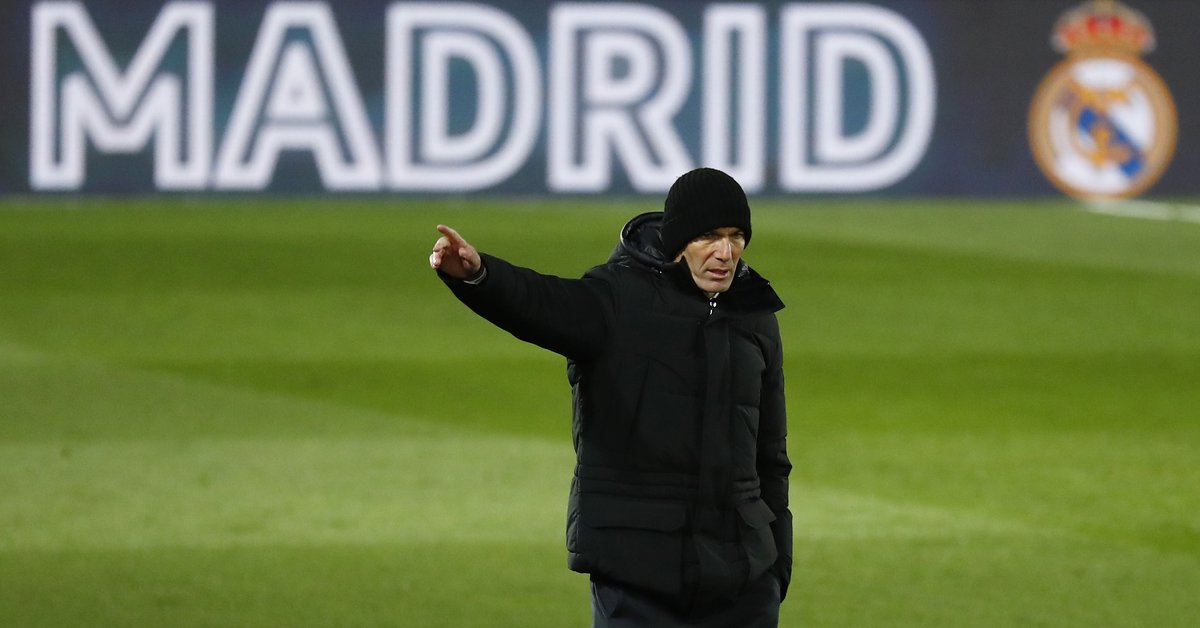 A new news shakes Real Madrid after the tough elimination in the Copa del Rey at the hands of a Third Division team . The club of the Spanish capital confirmed that the technical director Zinedine Zidane has coronavirus.

“Real Madrid CF announces that our coach Zinedine Zidane has tested positive for COVID – 19 ”, reported from the White House through a short press release.

In this way, the French strategist will not be able to give the press conference that he had scheduled for today in the pre-match tomorrow against Alavés as a visitor. Of course, he will not go to the Mendizorroza Stadium.

In his place will be sitting on the substitute bench David Bettoni , Madrid’s second coach. It is worth noting that Zizou was in training yesterday and had an important talk with his players, after the unexpected blow suffered in the Copa del Rey at the hands of Alcoyano.

The Merengue Tomorrow he will jump onto the playing field with the obligation to prevail against an Alavés who is struggling to avoid relegation (he has one more point than the last one that would be releasing to the Second Division). Real Madrid, with 37 units, appears seven behind the leader Atlético Madrid (Cholo Simeone’s have one game less)

It must be remembered that on January 7 Zidane was isolated for having been in contact with a positive. The next day, the technician tested negative in a PCR test and was able to attend the La Liga match against Osasuna in Pamplona in Pamplona on 01 January (they equaled 0 to 0).

The next confirmed commitments for Real Madrid are for La Liga. After visiting Alavés, the capital team will receive the January 36 in January, then He will visit Huesca on February 6 and will be local again on February 9, against Getafe.

The other bad news at Real Madrid is Federico Valverde’s injury. “After the tests performed today on our player Fede Valverde by the Real Madrid Medical Services, he was diagnosed with a muscle injury in the adductor longus of his right leg. Pending evolution “, outlined the club through a statement.

In this way, the Uruguayan joins the extensive list of casualties facing the match of tomorrow: defenders Sergio Ramos and Nacho, midfielder Martin Odegaard and striker Rodrygo.

“A finished cycle”: Zidane goes through his biggest crisis at Real Madrid after the tough elimination in the Copa del Rey