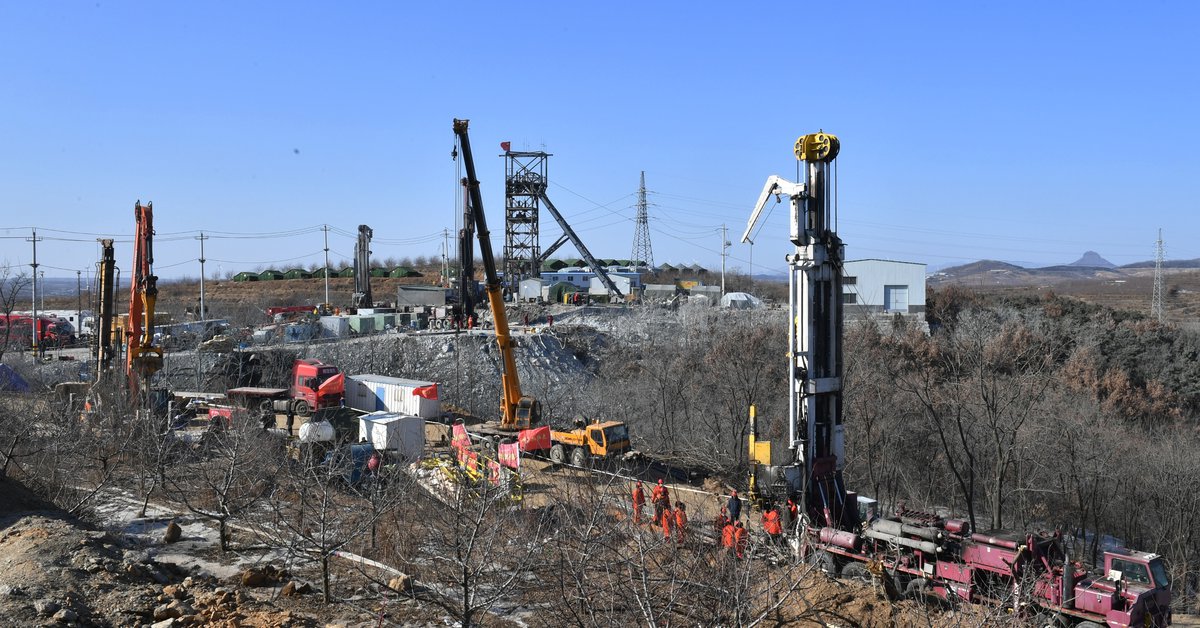 Shanghai (China), 22 Jan (EFE) .- The rescue of the workers trapped since last day 10 after an explosion At a gold mine under construction in China, it could take more than two weeks, the time rescuers believe they will need to drill a well to extract the survivors.
According to the press officer, some 18 meters have already been reached in the drilling tasks – the survivors are at a depth of 600 meters-, which are made with a huge drill bit of 71, 1 centimeter in diameter.
However, experts believe that at a depth between 350 and 446 meters in the well there is “a blockage” of about 1. 300 cubic meters and 70 tons, adding to the jumble of cables, pipes and vents left by the blast already s Underground flood risks.
The latest estimates are that the drilling of the main rescue channel will take 15 days or more.
A total of 22 miners were trapped twelve ago days after the explosion in this complex under construction in eastern Shandong province, of which 10 remain with life and communicating with rescuers; another would be found in another gallery but without communication, and at the moment another ten remain missing.
The eleventh person from the group of reported survivors has been left for dead after ceasing to show vital signs days after
The authorities have sent telephones, blankets and food equivalent to 2. 629 was rendered unconscious by the injuries that the explosion had caused him in the head. kilocalories per day through several channels and, although the state of eight of them has improved, the other two manifest physical discomfort.
Until yesterday they had been deployed 17 rescue teams and other firefighters, with a total of 629 people and more than 400 machines involved in the tasks.
The difficulty of the rescue tasks is also due to the fact that the mine managers did not inform the authorities until 30 hours after it occurred, something that has led to l The arrest of several people, the dismissal of the two highest political leaders in the area and the opening of an official investigation in this regard.
Chinese mining operations, especially coal -main source of energy of the country-, register a high accident rate, although in recent years the number of fatal accidents has dropped significantly.