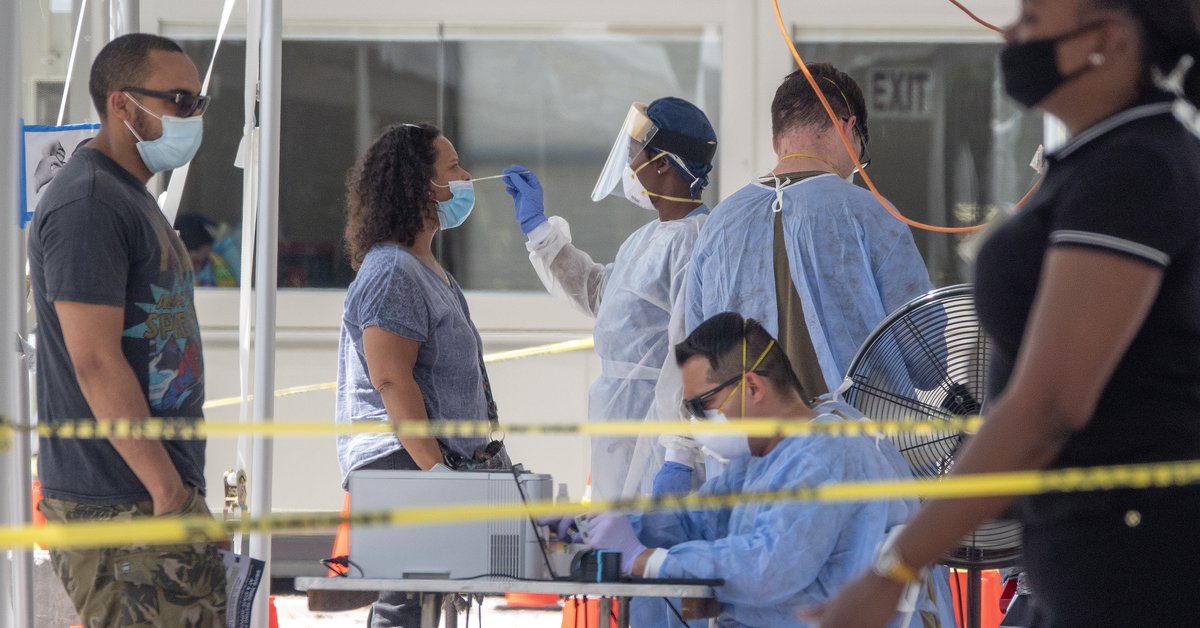 In a notice signed this afternoon by the state secretary of health, Dr. Scott Rivkees, state residents will be given top priority to receive vaccine doses . In the same statement, it is reported that state security officials will have the power to enforce the rule, while the health authorities of each county will be able to decide how they will require proof of residence.

The administration of Governor Ron DeSantis clarified that anyone who is administering the vaccine – be it a hospital, a municipality or a pharmacy – is authorized to request proof of residence , which can be an official document indicating an address in Florida, a ballot in the name of the person with the address or even a temporary rental contract in his name.

The measure includes swallow residents (as it is known to those who spend a couple of months a year in Florida), differentiating that their situation is different from that of tourists who only come for the purpose of immunization.

Those tourists who already have received the first dose po They will put on the second. The measure takes effect for those who have not yet entered the process.

“We have always been open to helping everyone. It is our nature, and we will gladly vaccinate tourists once our entire population is vaccinated. But it is absolutely unfair that someone who does not live here has priority over our residents, “declared Miami Mayor Francis Suarez, the first politician to condemn health tourism.

Discontent came due to the clear lack of vaccines in the state . Several municipalities, including Miami-Dade (the county hardest hit by the virus), have complained of receiving fewer doses than expected.

“We need more vaccines and we need them now ”, claimed the mayor of Miami-Dade, Daniela Levine Cava.

The situation with COVID – 19 is concerning in the state. Today joined 12. 873 new confirmed cases for a total of more than one million six hundred thousand people who contracted the disease since the beginning of the pandemic .

The state hospital association reported today that if the situation continues to worsen, the state is at risk of seeing its medical staff saturated, as has happened in places like California.

In the midst of the difficult situation, hospitals begin to receive fewer doses of vaccines as the state is distributing them among pharmacies as well. That has led to large hospitals, such as Mount Sinai in Miami Beach, having to cancel all new first dose appointments, keeping only their commitment to those who are waiting for a second dose.

In the middle of the q Complaints about “health tourism”, South Florida began to request proof of residency to give vaccination shifts