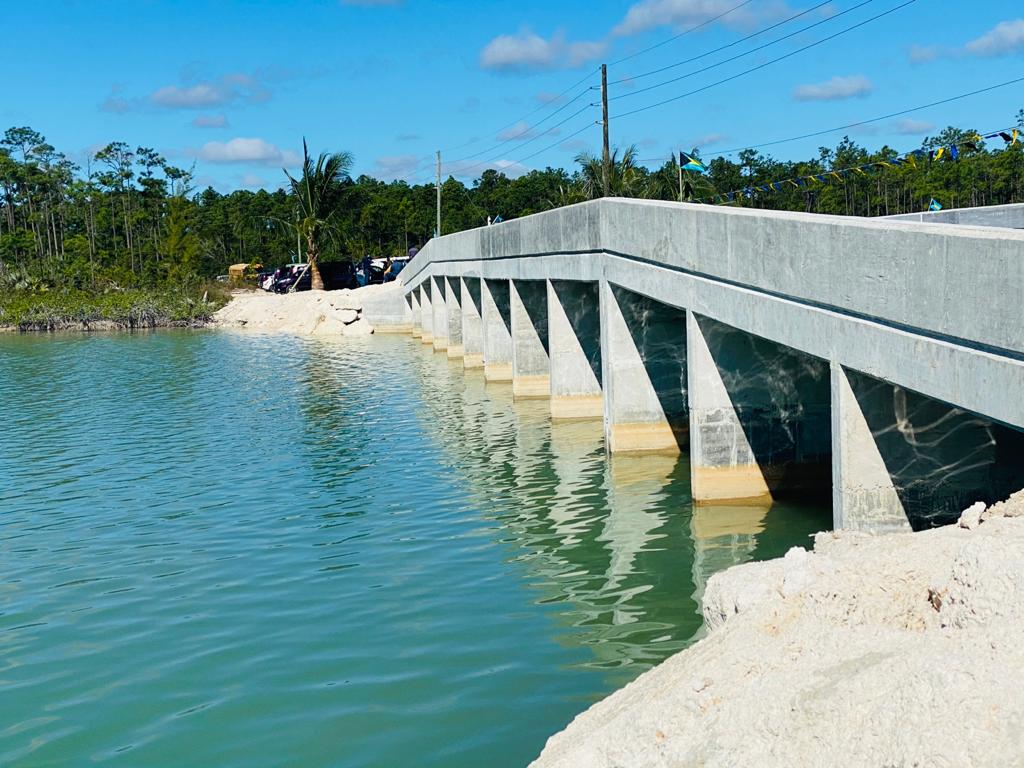 CENTRAL ANDROS, BAHAMAS — The latest in a series of Family Island infrastructure projects to be completed is the London Creek Bridge on Andros, which Prime Minister Dr Hubert Minnis officially declared open yesterday.

Bringing remarks during the opening ceremony, Minnis said construction of the bridge was necessary as existing roads in the area had created damaging “blockages” of natural aquatic ecosystems.

“The London Creek project is important for the surrounding area as it will help to regenerate the natural flora and fauna of the creek system,” the prime minister said.

“This will provide a catalyst for ecotourism in Andros by providing residents and visitors with the opportunity to have an up-close experience of the beauty of the natural creeks ecosystems in Andros.”

According to Minnis, the bridge will allow for small boats and kayaks to pass underneath, as it facilitates the “natural regeneration of the ecosystem in the area” over time.

Works also included “road improvements in the vicinity of the structure”, Minnis noted, and the project was completed last month “when the bridge was finally opened to traffic”.

SJK Engineering and Construction was also awarded the contract for reconstruction of the Barraterre Dock on Exuma, which Minnis officially opened on November 27, 2020.

The prime minister yesterday also noted that Staniard Creek, Andros, is similarly faced with “blockages” of natural aquatic ecosystems, and as such that work in that area is ongoing.

“I wish to note that there are other infrastructure improvements slated for Andros,” Minnis promised.

Within the past few months, the prime minister has personally visited a number of Family Islands for various reasons, including a Crown land grant ceremony on Abaco; to mark the completion of infrastructure projects on Spanish Wells, Long Island and Exuma; and to “assess the government buildings and listen to the residents regarding any concerns they currently have” on Rum Cay.

Members of the opposition have criticized the visits as appearing to be campaigning efforts at the cost of potentially exposing those communities unnecessarily to COVID-19.