Celta and Eibar draw 1-1 and the points are shared 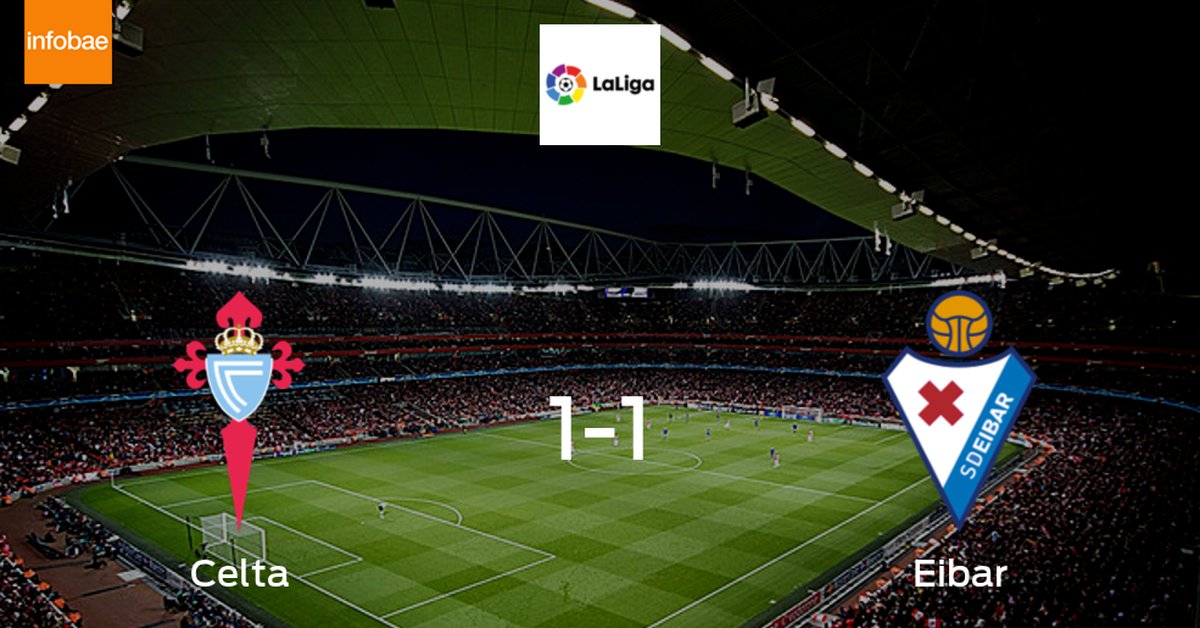 The match held this Sunday at the Municipal de Balaídos and which faced Celta and Eibar ended with a draw to one between both contenders. Celta arrived with the intention of returning to the path of victory after losing the last game against Real Betis by a scoreboard 2-1 and was currently on a three-game losing streak. Regarding the visiting team, Eibar lost by a result of 2-1 in the previous match against Atlético de Madrid . With this score, the Vigo team was in ninth position, while Eibar , for its part, was fifteenth at the end of the game.

The match started in an excellent way for Celta , who took the opportunity to open the scoring thanks to a goal from Brais Méndez in the 9th minute, thus ending the first period with the result of 1-0.

The second half started in a positive way for the visiting team, who put the tables with a goal from Bryan Salvatierra in the minute 53, concluding the match with a final score of 1-1.

In the chapter of the changes, Celta of Eduardo Coudet relieved Okay Yokuslu , Alfonso Gonzalez and Miguel Baeza by Emre Mor , Fran Beltrán and Nolito , while the coach of Eibar , Jose Luis Mendilibar , ordered the entry of Aleix Garcia , Pape Diop and Pedro León to replace Sergio Álvarez , Recio and Kike .

The referee decided to caution seven players. On behalf of the locals, the yellow card went to Renato Tapia , Okay Yokuslu , Brais Méndez and Santi Mina and by Eibar admonished Rafa , Edu Exposito and Recio .

The team that played the game at home will be measured on the following day with Granada , while Eibar will play against Seville .

Previous Post
Two weeks without phone or internet is not good enough, say these outback locals
Next Post
President Tebboune receives a phone call from his French counterpart Emmanuel Macron