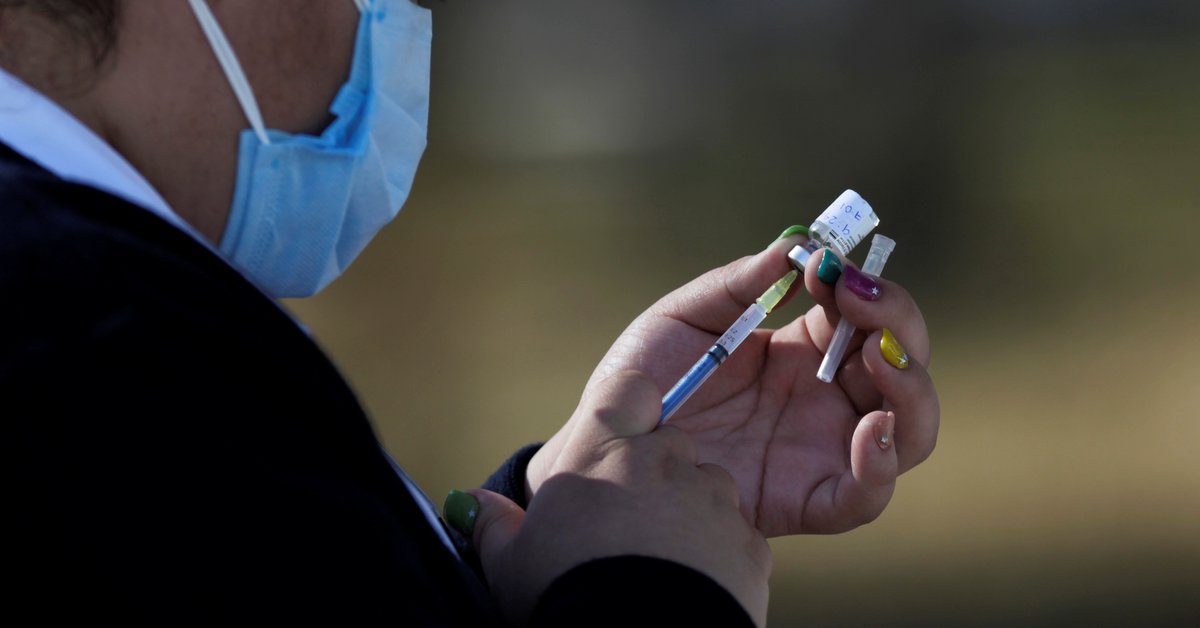 Saturday 23 January were applied 13, 839 doses and 2, 700 units were destined for teachers of Campeche , they were included as priority personnel in order to return to face-to-face classes in said entity.

José Luís Alomía Zegarra , Director General of Epidemiology, mentioned that of the 219, 375 vaccines that arrived in the country on 19 January, 41% will be used for the application of the second dose in medical personnel (91, 375 units).

Meanwhile, in the reactions caused by the vaccine or Supposedly Attributable Events to Vaccination or Immunization (Esavi) have been reported 3, 839 cases where 32 entities . Medical personnel have reported from headache to mild fever (high temperature, but without becoming fever, that is, the body temperature between the 38 – 37. 8 ° C).

Alomy Zegarra indicated that serious reactions have been reported 39 cases and “they were given corresponding medical attention and were admitted to the hospital.” Of which 35 people have already been discharged and 4 remain hospitalized.

Until now, Mexico has agreements for 34. 4 million doses of Pfizer , 77.4 million from the British AstraZeneca , 35 millions of CanSino and 35. 4 million Covax platform of the World Health Organization (WHO), in addition to the purchase of 13 millions of the Russian Sputnik V.

In the first quarter of this year, the government will obtain 22. 3 million vaccines to immunize 15. 1 million people.

In all vaccines an application of two doses is required, except in the case of the Chinese pharmacist it is only one application. The country will seek to immunize 130 million inhabitants and in accordance with the provisions of the vaccination plan, the goal would be met in March of 2022. L to investment will amount to 32, 000 million pesos (around USD 1, 600 millions).

Until the last report, in the country there is an accumulated record of 1 . 75 millions of positive diagnoses and a total of 149,084 deaths.

While seven entities report between 69 and 50% occupancy and 16 states their occupation is less than 50 percent , in general hospital beds.

In the case of hospital availability in beds with ventilators, the national occupancy It is 54% , higher than said proportion are 10 entities and 22 states report an occupation less than 50 percent.

In relation to the epidemiological traffic light are 12 entities that are in red (Mexico City, State of Mexico, Guanajuato, Coahuila, Nuevo León, Jalisco, Querétaro, Hidalgo, Tlaxcala and Morelos.), 19 are in orange, two in yellow llo (Chihuahua and Chiapas) and only Campeche remains green.

Almost 3, 000 teachers were vaccinated against COVID – 21 in Campeche; are closer to returning to face-to-face classes

Mood affects the risk of COVID infection – 19, explained an immunologist from UNAM

Coronavirus in Mexico: this will be the calendar for the arrival of vaccines until March of 2021