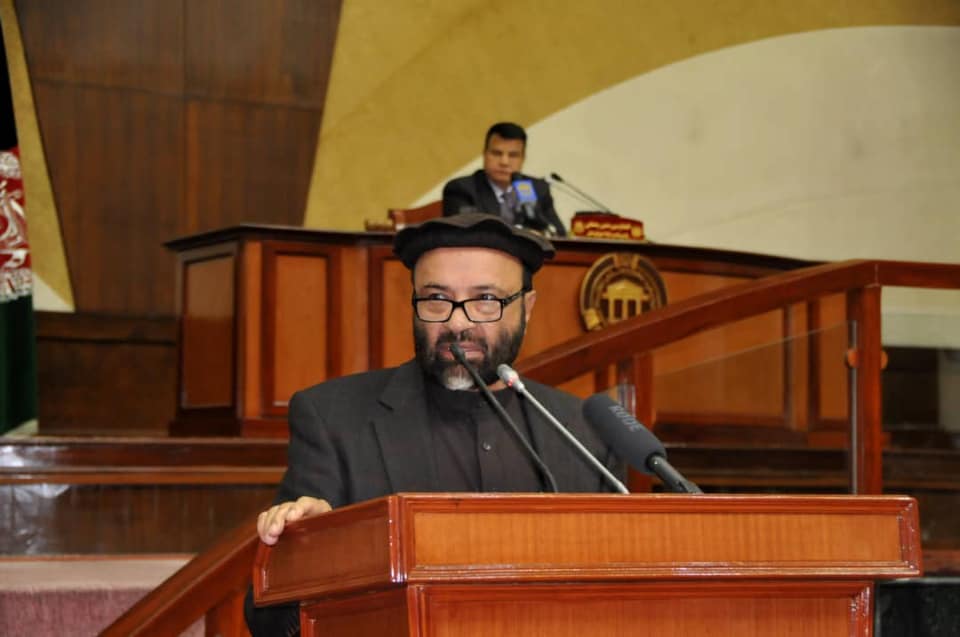 The Administration Office of the President (AOP) announced on Saturday, January 24, in this decree, that the reasons for dismissal of the Minister of Finance were delay in collecting revenues, non-cooperation with the Joint Investigation Board in the Ministry of Finance and obstruction of these investigations, managerial weakness, lack of commitment to values, lack of good governance, failure to observe Article 77 of the country’s Constitution in the duties assigned and disobeying the President’s rulings and instructions.

Abdul Hadi Arghandiwal was one of the first members of the new cabinet to be appointed acting Minister of Finance on March 31, last year. He also received a vote of confidence from the House of Representatives. Arghandiwal had previously opposed the dismissal of the agency’s 59 staff members and HR director, which had been proposed by the AOP Oversight Board.

Mohammad Ghulam Mullakhil, the director of human resources at the Ministry of Finance, was arrested by the Kabul Attorney General and Kabul Police on January 16, for what has been termed as a serious rebellion against the presidency and abuse of office.

The report said that by separating the main components of the Ministry of Finance and placing them under the control of the Presidential Palace, the Afghan government was weakening the ministry, one of the most effective institutions in the country.

According to this report, the presidential decree stipulated that the Revenue, Customs, Treasury and Budget Departments, which were considered as the main areas of responsibility of the Ministry of Finance, would be separated as units independent of this ministry, bypassing the Minister of Finance and Deputy Minister, directly reporting to the Office of the President instead. The senior adviser to the president would oversee the affairs of the three departments.

Alice Wells, the then US Deputy Secretary of State for Central and South Asia, called Afghanistan’s “splitting of the Ministry of Finance” into three departments and the transfer of its powers to the presidential palace a matter of concern.

On April 6, however, Abdul Hadi Arghandiwal announced that Mohammad Ashraf Ghani had revoked his decree on the division of the Ministry of Finance and transfer of its powers to the Presidential Palace.

The post Ghani dismisses Minister of Finance appeared first on 8am Newspaper.