Gustavo Valdés, Governor of Corrientes: “The PASO were never good for anything, Congress should suspend them for the only time” 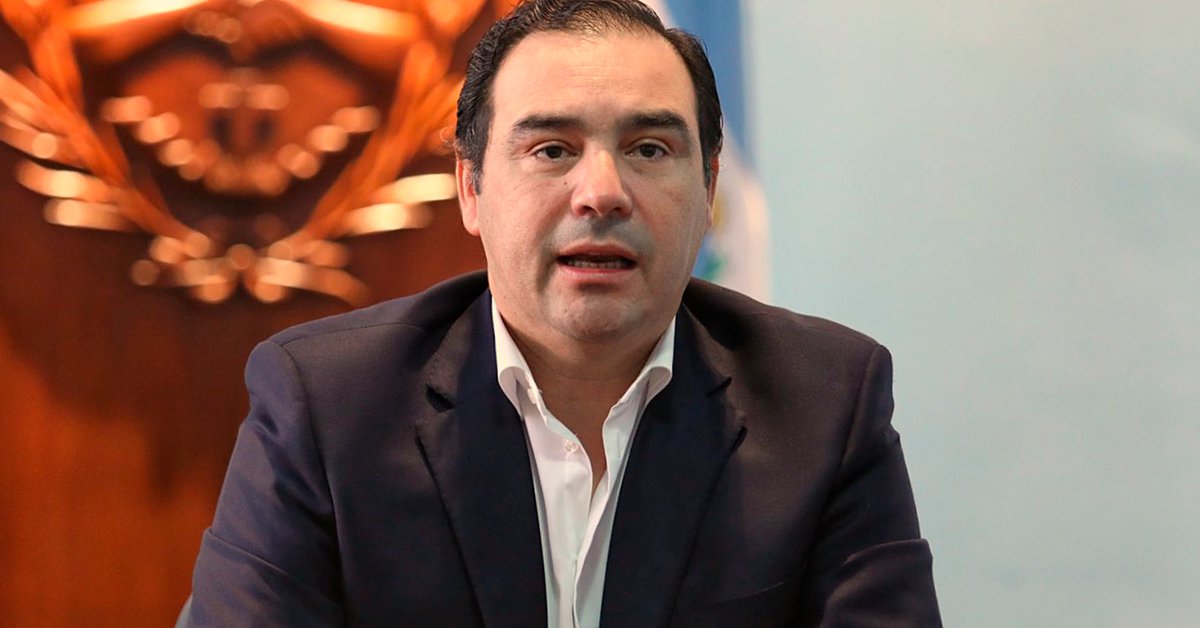 The Governor of Corrientes, Gustavo Valdés , affirmed this Sunday that “the PASO never served for nothing ”, and asked Congress “An act of responsibility” considering that it cannot be “being in a pandemic with an electoral process” . The president of Together for Change joined the claim of a large group of governors of the Peronism , who have been asking President Alberto Fernández to suspend the primaries.

“The PASO never served for anything. We always said it. It is an electoral system that we accept because it was imposed by law. We asked Congress to (suspend them for the only time) and unfortunately they did not act quickly , ”Valdés highlighted. Legislators responding to governors introduced a bill on 12 December and last Friday the Head of State included it on the agenda of the extraordinary sessions.

In radio statements, the president Provincial warned that “we cannot be in a pandemic with an electoral process” and stated: “An act of responsibility is that Congress, for the only time, suspend the STEP” . In that sense, he explained how it would impact the organization of the provinces. “We would have two or three months, which are the months we need to vaccinate.”

“One applies the vaccine and reaches the maximum of immunity to the 30 or 35 days. It is the time that we need to have the least possible mobility and that we avoid having greater consequences ”, he explained. And he added: “We have to move as little as possible and vote only once. Otherwise we would have to go to the polls three times, and we do not know when the pandemic will end. ”

Valdés indicated that the suspension of the PASO is “in the hands of the National Congress” and confirmed the repeated requests to Fernández. “As we made the request in December, we reiterated it at the meeting of the 10 Governors of the North of Argentina (last Wednesday) “, he pointed out.

” My responsibility as governor is to express what’s happening. We are not talking about the fact that I am proposing within a political party, we are proposing it so that there is debate to the National Congress “, he highlighted and specified that ” in Congress they are institutionally represented not only Together for Change but all the people of the Nation, where there has to be that debate. ”

“Is it because of politics or the internal decision of the political parties in a STEP that we are going to put public health at risk? Now when it is necessary let’s do it. I think we have to have rationality ”, he said. Finally, he stated that the vaccine took us out of “uncertainty” to “get out of this economic crisis in which we are immersed.”

In December 21 of the 24 Governors of the country told the President that they considered it necessary to suspend the STEP in the 2021 for the only time. The reason they put on the table is the enormous economic expense in a time of crisis, the logistical difficulties in the middle of the pandemic and the complication of organizing a mass of people to avoid complicating the health scenario.

In Corrientes and Santiago del Estero Governor will be elected, so it is important that the definition of the election format is defined as soon as possible, so that the ruling party and the opposition have clear rules of the game beforehand. Last Friday the President included the bill to suspend the PASO on the agenda that Congress must deal with in extraordinary sessions.

This Sunday also manifested on the subject the governor of Buenos Aires, Axel Kicillof . In dialog with Page 12 , clarified that “it is not priority ” for its management the discussion on the suspension of the STEP. “It is a debate that for me does not depend on the issue of costs or political expediency, basically there is a law and an epidemiological issue,” he said.

He also admitted that it would be difficult to repeal them because in Buenos Aires there is its own STEP law and the ruling party does not have a majority in the Chambers: “The discussion necessarily involves the opposition,” he closed. If you want to suspend them, you should have the approval of the Buenos Aires Legislature. The bill would go through Deputies without problems, but it would stagnate in the Senate , where the opposition is a majority.

Suspension of the STEP: the condition put by Alberto Fernández and the substantive dispute of the governors with Kirchnerism

Pedro Cahn: “Saying ‘open the schools’ is an expression that serves to do political marketing”

Previous Post
Water the key as outback Queensland town strives for reversal of fortune
Next Post
Director of the Algerian Water Unit in Jijel for the day: 50 billion centimes of customer debt!