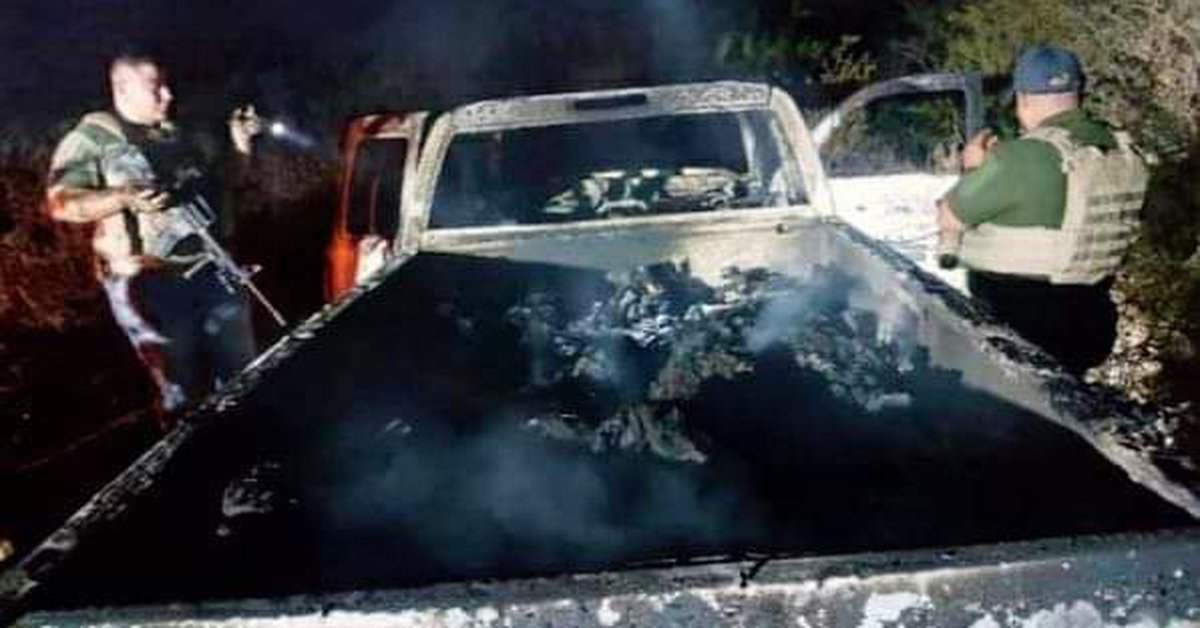 The afternoon of this Saturday 23 of January, the finding of at least 19 calcined or semi-calcined bodies at the rear of several trucks after an alleged armed confrontation in the limits between the states of Tamaulipas and Nuevo León .

According to the portal of Telediario Monterrey , the fact was reported around 10: 20 hours in the vicinity of Ejido Santa Anita , located in the municipality of Camargo, near the border between both states.

Federal elements arrived at the place after receiving the report of the possible confrontation between two rival criminal groups . Unofficial sources assured that in the area the bodies were found inside six vehicles that showed signs of having been set on fire just moments before.

The Attorney General’s Office (FGJ) of Tamaulipas announced that it will initiate an investigation folder to clarify the event that occurred in the entity.

A very similar event occurred just over two years ago. In January of 2019, staff of the Secretariat of National Defense (Sedena) also found 19 bodies and six burned vehicles in the municipality of Miguel Alemán , south of Tamaulipas . Likewise, it was presumed that they were the result of an armed confrontation between criminal groups.

This discovery occurred after A woman who lives near the place reported that her husband had not been home for a day and that he was in a house in the town . Three Gates .

Given this statement, ministerial and expert staff of the local Prosecutor’s Office requested the support of the Sedena to enter the territory indicated . Around the 16: 45 hours of the January 9, 2019 was when they found a charred body and car .

Meters later, inside the ranch Refugio Los Hinojosa located the rest of the trucks and the bodies on the ground, some had military-type clothing and bulletproof vests .

Wave of violence in Tamaulipas

This week, a video on social networks went viral about a alleged confrontation between criminal gangs . In the recording, three men are shown aboard a vehicle with shots in different parts of the body.

According to local media, the events would have occurred in the Miguel Alemán municipality . As in other central states of the country, in Tamaulipas the electoral process has intensified violence.

Tamaulipas is besieged by the territorial disputes of remnants of Los Zetas and the Gulf Cartel . While the factions of the two groups also clash with each other. Thus, the Northeast Cartel and their armed wing, the Hell Troop , fight against Los Zetas Vieja Escuela and The Taliban , as well as attack the Scorpions or The Metros.

At the beginning of last November there was a confrontation between these groups . On that occasion, only traces of violence remained and no bodies were found , but abandoned armored vehicles and a burned onion truck were observed in the road from Comales to Camargo .

Although, Los Zetas suffered a process of fragmentation since 2012 , after becoming independent from the Gulf Cartel of 2007 to 2010, the criminal group of the last letter has stood out in at least 10 entities in Mexico with remnants ranging from three to five, from 2019 to 2021; in addition to its presence in Colombia and the United States .

Both organizations have been diminished and depend on illegal acts at the local level such as extortion , drug dealing or kidnappings . With shootings and executions, criminal groups are rooted in the state and are the daily terror of the population.

MORE ABOUT THIS THEME

Hidden between the weed: Tamaulipas police seized “monster” trucks from the Gulf Cartel in Reynosa

Narco in Mexico: in 2020 They registered 24, 807 homicides related to organized crime