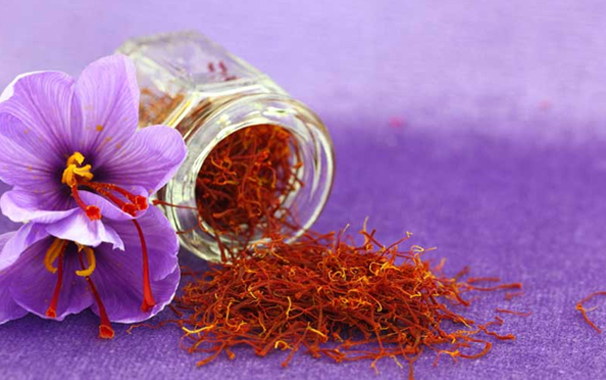 Local officials in Herat consider the sale of Iranian saffron as Afghan saffron in the markets of this province as a “betrayal” and admit that one of the factors behind the reduction of saffron prices in the world market is the sale of substandard saffron as Afghan saffron. The governor of Herat considers this action a betrayal, claiming that some citizens of the country are selling poor quality saffron as high-quality Afghan saffron. He emphasized that neighboring countries should not try to harm the sale of Afghan saffron in world markets. Recently, Afghan saffron was selected as the best saffron in the world by the International Taste Institute of the European Union. Even before that, Afghan red gold was world famous for its high quality. On the other hand, some farmers in Herat are worried about the decrease in the price of saffron in world markets and warn that the continued drop in the prices could have adverse economic consequences for farmers and traders.

For some time now, the price of saffron has dropped sharply in domestic and global markets. According to official figures in Herat, its price dropped by about five times in recent years. According to local officials in Herat, the main reason for the decline in saffron prices in world markets is the export of low-quality Iranian saffron under the name and packaging of Afghan saffron, which is done by some “traitorous” citizens of the country. “The countries around us make about $49 billion in oil revenues alone,” said the governor of Herat. “I do not understand what they want from these 20 tons of Afghan saffron. Our total production is 22 tons so why do they want to affect these 22 tons when it has no significant impact on the world economy, anyway?”

Reductions in customs tariffs for Afghan saffron are considered to be the main motivation for the export of Iranian saffron as Afghan saffron. The governor of Herat said that some Herat farmers had been disappointed with the cultivation of the crop from which they had previously benefited, and that Herat saffron should be saved from this situation. The Ministry of Industry and Trade recently announced that the best quality saffron in the world had once again been adjudged to be from Afghanistan. According to officials at the ministry, the country’s saffron won the first “Three Golden Stars” award of the International Taste Institute of the European Union in 2021. Founded in 2003 in Brussels, the International Taste Institute has been testing hundreds of foods every year since. Afghan saffron is world famous for its natural cultivation and harvesting practices.

Fawad Ahmadi, spokesperson for the Ministry of Industry and Trade, told 8 Subh that the award was given on behalf of Afghanistan to the Kaihan Saffron Agricultural Company. He added that the International Taste Institute of the European Union, which operates in Belgium, is a reputable international body in the field of determining the taste and quality of food products from around the world. The spokesperson said that this international organization awarded three gold stars to Afghanistan in 2021 due to the excellent quality of the country’s natural saffron, and Kaihan Saffron Company can now use the three gold stars of the International Taste Institute on its products globally. Until a few years ago, poppies were cultivated in the saffron fields of Herat but the huge profits from saffron have led farmers to abandon poppy cultivation and start cultivating and harvesting saffron instead. The plant is known as red gold and is the best and most important alternative to poppy in Afghanistan.

Sayed Ashraf Sadat, a civil society activist in Herat, believes that the Afghan government has failed to provide suitable alternatives to poppy cultivation, as a result of which the risk of farmers returning to opium poppy cultivation is still high. Mohammad Agha Mohammadi, who has cultivated saffron in Ghorian district of Herat, told 8 Subh that he was worried about the price of this product decreasing and feared that he would not be able to cultivate saffron if the price continued to decline. Sayed Abdul Rahim Hakimi, another farmer in Herat, believes that if the price of alternative crops to poppy, especially saffron, had not fallen, farmers would not have turned to narcotics or opted to grow poppies if the government supported them. Bashir Ahmad Ahmadi, deputy director of Herat’s agriculture department, said that a large part of the land currently under saffron cultivation used to be poppy fields until a few years ago, and that the economic benefits of growing saffron had led farmers to turn from poppy to saffron.

However, the decline in the price of saffron in domestic and foreign markets following the sale of Iranian saffron as Afghan saffron has caused concern among farmers in Herat, and it is feared that with further stagnation in the saffron market, they might turn to cultivating poppy again.

The post World’s best saffron betrayed by profiteers appeared first on 8am Newspaper.