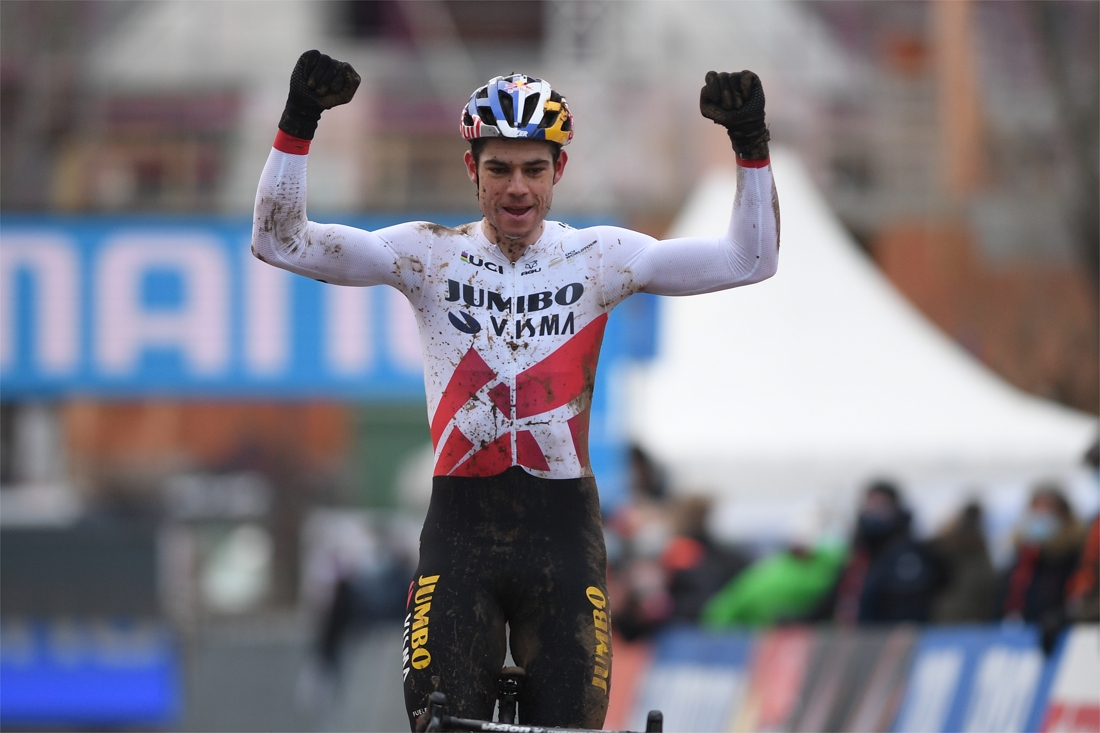 Wout van Aert won the Druivencross in Overijse on Sunday, the last cyclocross stage of the World Cup. Van Aert drove away from Van der Poel in lap two after a flat tire from the Dutchman, after which both did not see each other again. Van der Poel came close twice, but Van Aert did not relinquish the victory and the accompanying overall victory in the World Cup. Mathieu van der Poel came in second, Tom Pidcock completed the podium.