Car starts to skid on very slippery road, road warden has to jump for his life 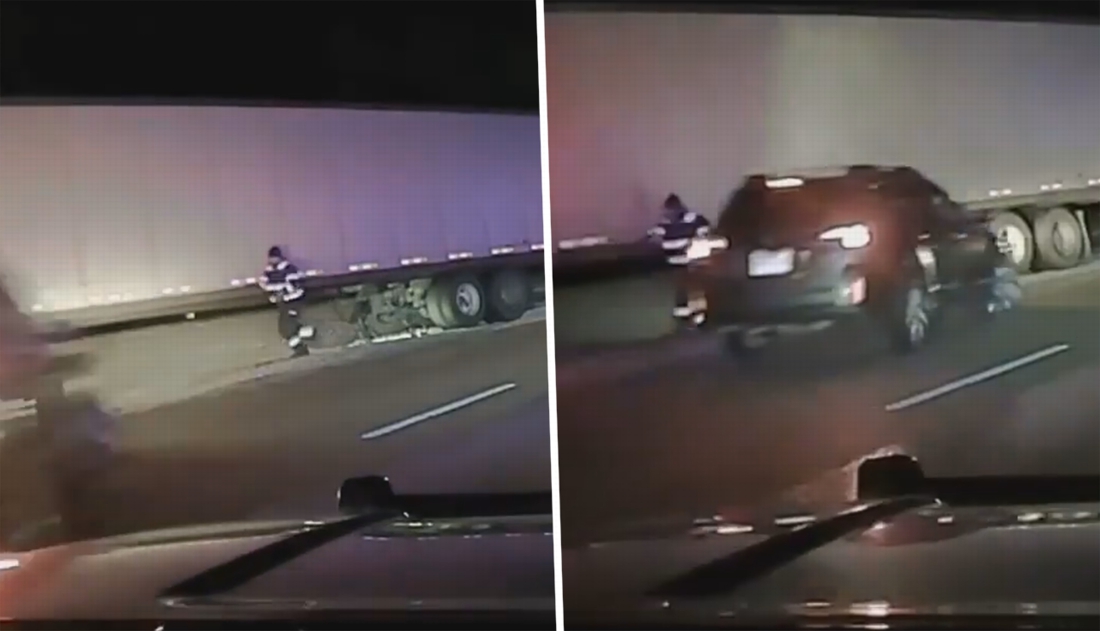 Winter precipitation and freezing temperatures can make roads dangerously slippery. Nebraska Police recently released a video reminding drivers once again that they need to adjust their speed and driving behavior in such dangerous conditions. In the clip, a road warden can jump sideways in the nick of time when a car starts to skid while working on a broken down truck. “Your driving behavior and decisions can have major consequences,” he says. “For yourself, emergency responders and other road users.”