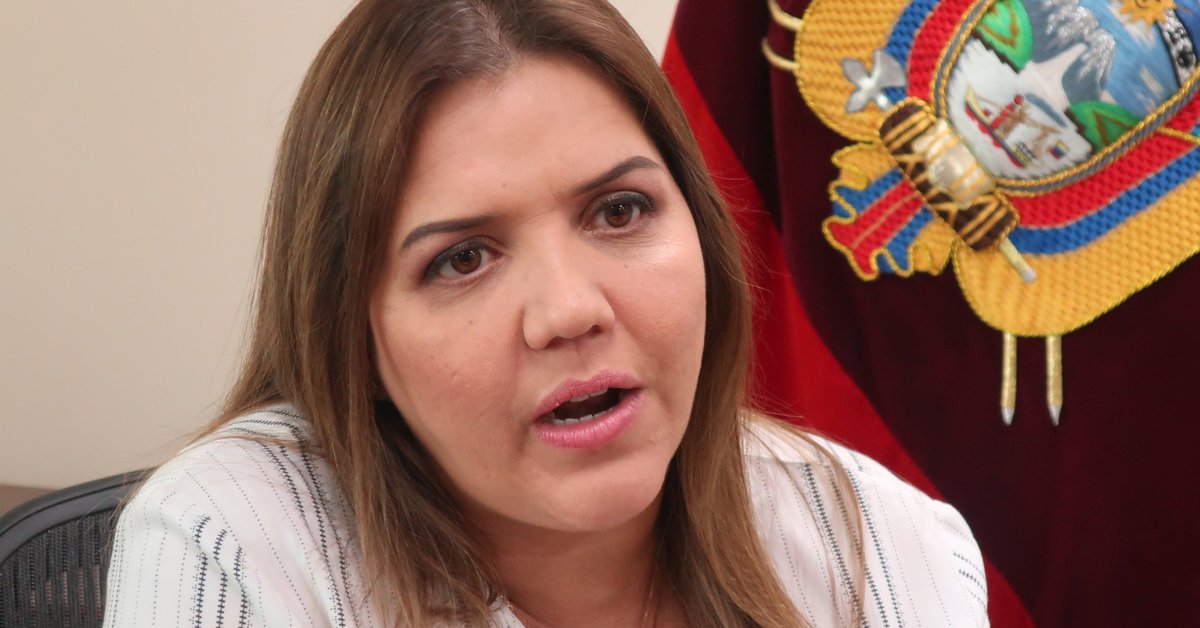 Quito, 25 Jan (EFE) .- An Ecuadorian court rejected this Monday the appeal of the former vice president of Ecuador María Alejandra Vicuña in a concussion case in which she was found guilty reaffirming the conviction of January of 2020.
“There is no procedural requirement omitted, this Court declares the validity of the proceedings and of the entire case,” said the National Court in a communication after the hearing.
And it resolves “to reject the appeal filed”, “to partially accept the appeal presented by the Prosecutor’s Office and the Attorney General’s Office in relation to the quantum of the sentence”, and “to ratify the conviction as the author responsible for the crime of concussion “, for which” he is sentenced to 2 years of deprivation of liberty “.
“The sentence and the corresponding fine will be modulated in the written sentence, making the exhaustive analysis”, the Court emphasizes.
Vicuña, of 42 years and who had to leave the Vice Presidency in December of 2018, after being accused, she appealed a conviction related to the illegal collection of fees or tithes to her collaborators when she was an assembly member of the province of Guayas between 2009 and 2017.
In January 2020, she was sentenced to one year in prison and to pay 173. 180 dollars as compensation equivalent to four times the amount received from the contributions.
In the case, the Prosecutor’s Office argued that it received bank transfers from three of its advisers for amounts of 23.300 Dollars, 14. 650 dollars and 5. 345 dollars, respectively.
In addition, the court ordered the confiscation of a property of his property located in Samborondón, Guayas province.
In January, his defense, in the hands of Juan Carlos Salazar, requested the annulment of the sentence and that his client be declared innocent, arguing that “the criminal type and dogma, evidence acted that does not it determines the material existence of the action and the mistakes made in the judgment “.
“The crime, according to what is stated in the sentence, was committed in the period 2011 – 2016 and he is just processed in 2018. This shows that the aggravating factors were not taken into account at the time of the commission of the act, therefore, the appeals filed by the Attorney General’s Office and the Attorney General’s Office must be dismissed, “Salazar said at the time.
For their part, the Prosecutor’s Office and the Attorney General’s Office argued in that hearing that there were “sufficient evidence to demonstrate the materiality of the action, the documentary, testimonial and expert evidence that was assessed at the time “and asked that the provision not to grant the conditional suspension of the sentence be maintained.
In today’s session, the Court of Appeals, made up of judges David Jacho, Dilza Muñoz and Iván León, rejected all the arguments of the defense of the former vice president.

Previous Post
Heatwaves are a growing threat to workers. Here’s who’s most at risk
Next Post
Chlef: The gendarmerie seized more than 12 thousand units of fake tobacco and cigarettes