More than 5,000 cartridges for firearms seized at the Nogales-Tucson customs 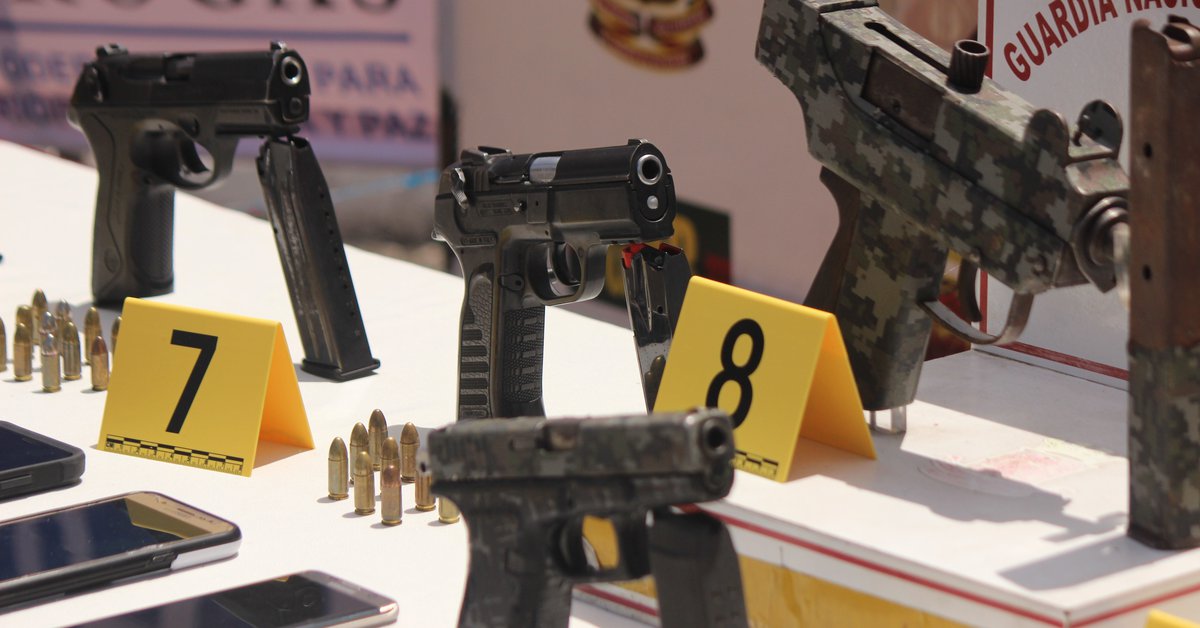 The General Administration of Customs ( AGA ) , in coordination with elements of the National Guard ( GN ), reported that seized 5, 420 cartridges for firearms of different caliber in the Customs of Nogales, Sonora, from Tucson, Arizona, United States.

During Sunday afternoon 24 January, the dependency directed by Horacio Duarte Olivares reported that derived from intelligence work in coordination with the GN, the verification personnel active at Garita 1 “Puerta México” of the state of Sonora was the one who it detected the ammunition that tried to enter Mexican territory; However, after an inspection, this did not happen.

The surveillance tasks at the border have preventive intentions, since about 60% of the weapons that enter Aztec land come from the United States , in such a way that border care, for two federal administrations, has played a preponderant role for national security.

In the AGA report it was specified that the confiscated material was found aboard a gray truck brand Jeep , which was in cardboard boxes inside the trunk. In addition to this, photographs were provided that ratify what was reported by the collaborators of the unit attached to the Tax Administration Service ( SAT ).

As part of the security protocol established to prevent trafficking in arms, explosives and ammunition, the Attorney General’s Office was notified the Republic ( FGR ) in order to integrate the corresponding research portfolio.

The arms trade from the United States to Mexico is an incentive that has been investigated from different aspects, because according to Roxana Juárez Parra , former deputy national director of the Specialized Unit in Terrorism, Stockpiling and Arms Trafficking of the Office of the Special Prosecutor for Organized Crime Investigation ( SIEDO ), he 58. 12% of weapons circulating in the country are of United States origin .

He also pointed out that there is another market that is positioning itself through the southern border, particularly in the state of Chiapas, and they are the weapons that come from Central and South America ; Added to this, it also states that the 19.14% of the weapons in the country are handcrafted weapons or with invalid data; 13. 16% are weapons with no link to the US, and the rest is divided into lower percentages between Arms of Central America , with serial number erased and pending to be traced.

This information only prioritizes customs work in surveillance and prevention of arms trafficking, since criminal organizations need to resort to the foreign market to be able to supply both new weapons and cartridges to be able to operate them in Mexico and continue feeding the circles of violence established in the country, mainly due to drug trafficking .

Given this information, the expert explained that small arms correspond more to a type of crime with less impact, such as robbery from pedestrians, and that long weapons belong to high-level criminals, such as hitmen or members of drug cartels. Regarding long weapons, in another graph he explained that the states with the most confiscated weapons are Tamaulipas, Sonora, Coahuila, Jalisco, Michoacán, and Sinaloa .

Finally, during the virtual conference “Arms trafficking and control on the Mexico-United States agenda” of the Universidad de las Américas Puebla ( UDLAP ), pointed out that, derived from a new strategy during the government of Enrique Peña Nieto , the seizures were reduced to almost a fifth of those registered with the Felipe Calderón administration.

Lack of coordination and trust between the US and Mexico to combat trafficking weapons: analysts agree

X-ray of arms trafficking in Mexico: how many Mexicans are killed by a pistol manufactured abroad