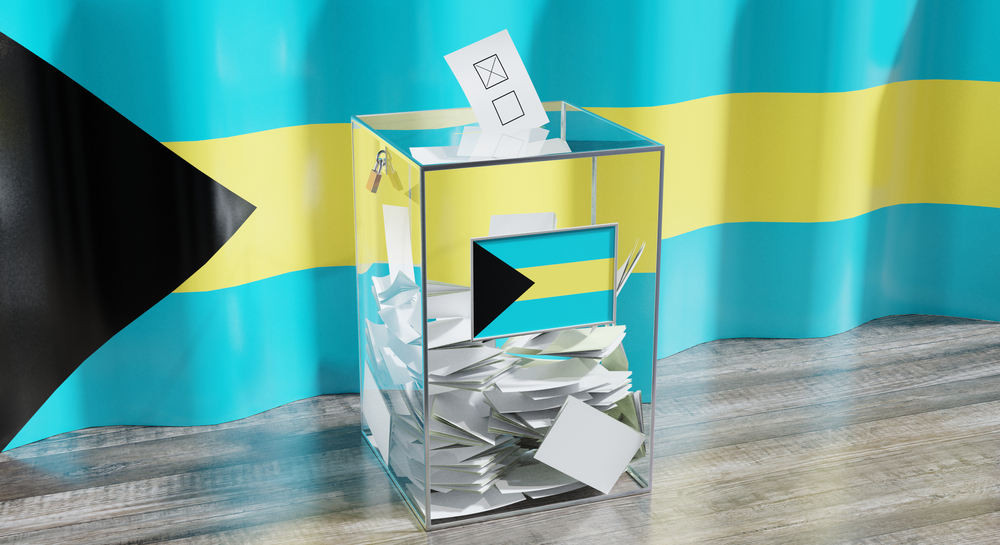 NASSAU, BAHAMAS — Progressive Liberal Party (PLP) Leader Philip Brave Davis yesterday called on the government to address pressing concerns of people who have been unable to register to vote.

Davis raised the matter during an address in Parliament, indicating that he wrote a letter to both Prime Minister Dr Hubert Minnis and National Security Minister Marvin Dames last week.

He noted new voters and people seeking transfer of addresses have been having challenges with registration.

“Mr prime minister and his minister of national security, the issue of registration of new voters who are not are the register is becoming vexing,” Davis said.

The ongoing coronavirus pandemic caused delays to the start of the national voters’ registration exercise, which was originally scheduled for July 2020.

Registration has reportedly since resumed.

However, Davis questioned the registration exercise, which ensued a back and forth with the prime minister.

But Davis retorted, “I got no response in a letter and I wrote it two weeks ago. That’s why I’m raising it now. I sent it to both of you.”

The Bahamas held its last General Election in May 2017 and has to hold the next one by May 2022.

The prime minister has the sole power to set the election date.

In December, Parliamentarians passed a bill making the voter’s register from the 2017 General Election a continuous or permanent register.

According to the Parliamentary Election (Amendment) Bill, 2020, a registered voter would not be required to re-register by reconstitution of the boundaries, however, the commissioner may from time to time call upon registered voters to alter or correct their counterfoils of the voters’ cards.

A registered voter or person entitled to vote, aged 65 and older, would be considered a special voter and be allowed to vote in the advanced poll.

Davis also questioned the work of the Constituencies Commission, which was appointed in September last year.

House Speaker Halson Moultrie, who serves as chair of the commission, said all commission members met on January 18.

The other members of the committee include Supreme Court Justice Deborah Fraser, as deputy chair, Minister of Health Renward Wells, Minister of Agriculture Michael Pintard, and Exumas and Ragged Island MP Chester Cooper.

The Constituencies Commission is mandated to review the number of boundaries of constituencies in The Bahamas at least every five years and produce a report on whether any changes should be made.