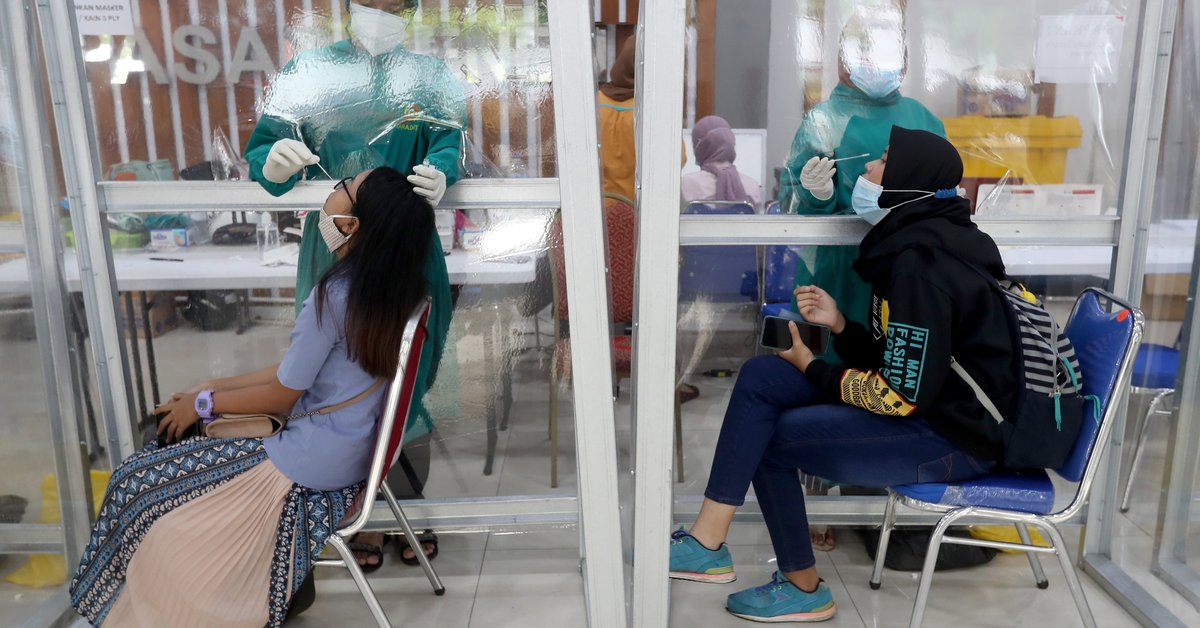 Jakarta, 26 Jan ( EFE) .- Indonesia, the country most affected by the pandemic in Southeast Asia, surpassed one million covid infections this Tuesday – 19 , including more than 28. 400 killed, as he continues a challenging vaccination campaign logistics in an archipelago with more than 6. 000 inhabited islands.
The authorities announced today 13. 094 new infections throughout the country, as well as restrictions traveling to the tourist island of Bali and flights in and out of Java, the most populated island in the country, to try to control the increase in cases.
However, the low number of tests raises fears that the cases will be even higher amid the strong pressure that the health system already supports due to the high number of patients.
The past 13 January started the campaign of inoculation administration of the first doses of the vaccine from the Chinese pharmaceutical company Sinovac to health workers in the country, the fourth most populous in the world with 270 million inhabitants.
The Chinese vaccine has been certified as halal (suitable for Muslims) in this country, which also hosts the largest number of people of Islamic faith in the world.
As of April, the authorities expect to also receive vaccines from Pfizer-BioNTech and AstraZeneca.
The country expects to receive most of the vaccines throughout the second half of the year and, according to its initial plans , plans to complete the inoculation of two-thirds of its population, 181, 5 million people, by March 2022.

Previous Post
An additional two billion for short-time work
Next Post
Mahdi Mustafa: “With a state that has become decisive and evolves daily”