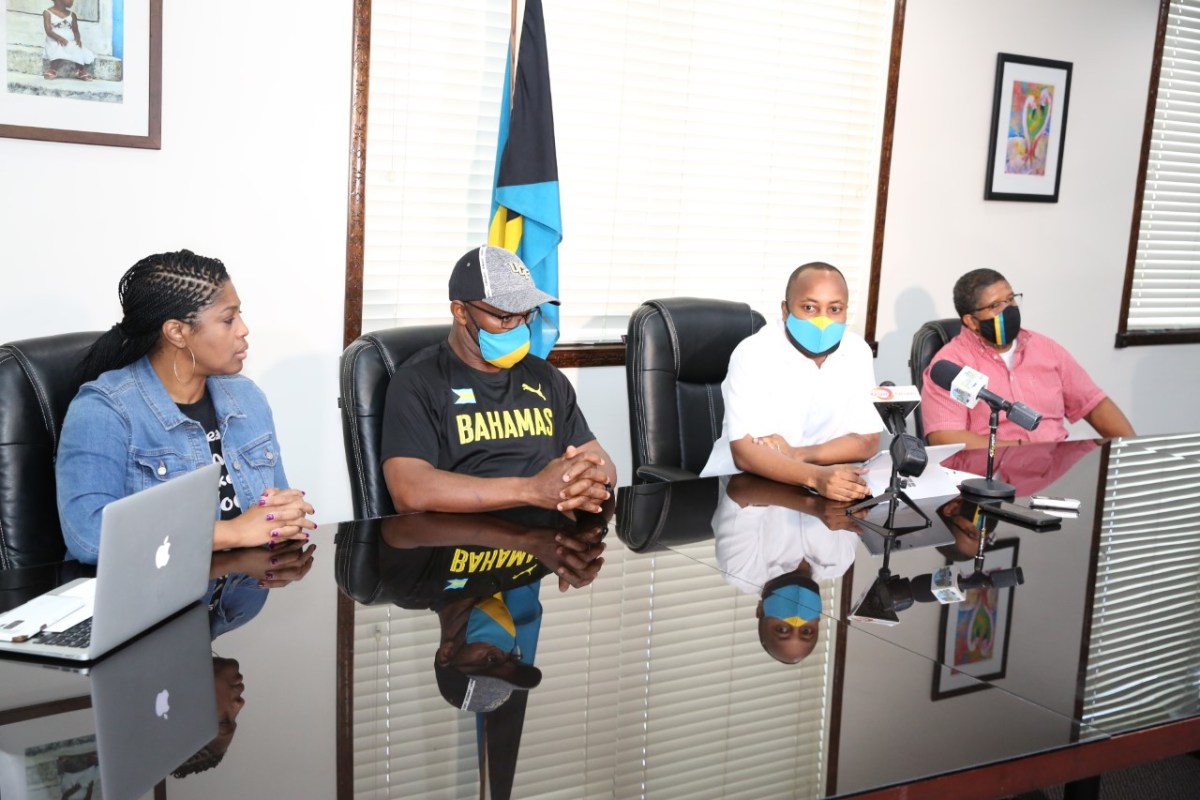 FREEPORT, BAHAMAS — The government is “pleased” with the pace of recovery efforts on Grand Bahama, Minister of State for Finance and for Grand Bahama Kwasi Thompson said over the weekend, as he noted government projects and assistance programs are “helping to speed up recovery” on the island.

During an update press conference at the Office of the Prime Minister in Freeport on Saturday, January 23, 2021, Thompson outlined the number of rebuilding initiatives that are currently taking place on Grand Bahama, with some projects already completed and others expected to be completed before the end of the first quarter of the year.

In addition to ongoing capital projects, Thompson noted the extension of three assistance programs: the food assistance program, the disbursement of small business development grants to assist local entrepreneurs and the unemployment benefits program, which will continue until the end of January this year.

He added that the government is considering extending the program beyond that date.

“Unfortunately, there are still a number of people who are unemployed and who still require that assistance,” said Thompson.

“A main focus is to ensure that we help as many people as we possibly can. That particular program has helped a lot of Bahamians throughout The Bahamas after Hurricane Dorian and during the COVID-19 pandemic.”

He added: “…We are hopeful that once the vaccine committee begins its work in vaccinating Bahamians, it will go a long way in helping to speed up our recovery.”

“Funds have been released for that program and so we are set to move into the second phase of that program,” said Lewis.

“The Disaster Reconstruction Authority (DRA) will be making a further announcement, but as early as within the next two weeks, that program will resume. That’s good news for people who have been waiting for a long time and who have received a portion of their down payment and so now we will be moving ahead with that program.

“Everyone who we’ve made a commitment to with respect to home repairs will be satisfied.”

Lewis also noted ongoing works to Rand Memorial Hospital, saying “great progress” has been made in the lobby area, the pharmacy area, the female ward, the children’s ward and the Operating Theatre, all of which will be completed in the first phase of reconstruction and opened in short order.

“The work is being carried out by two Grand Bahamian construction companies and their work, which is of high quality, is being monitored by the Ministry of Works, the Public Hospitals Authority (PHA) and the DRA,” added Lewis.

“Once we have opened those areas in the hospital that have been completed, the planning of the extension of the hospital will be undertaken.”