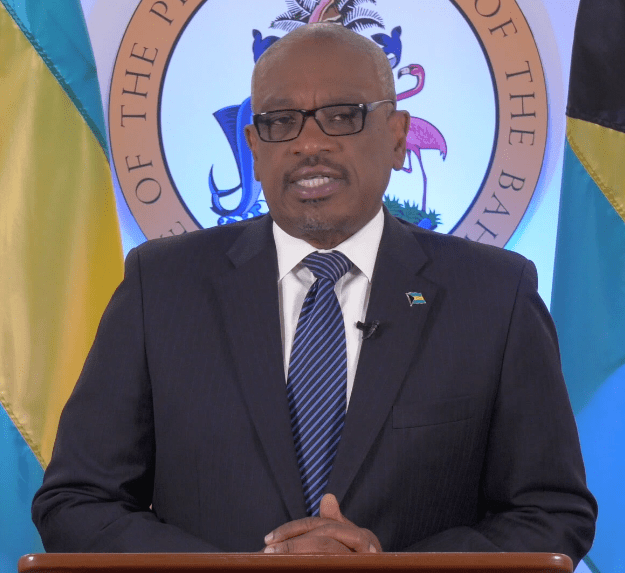 Govt. intends to extend state of emergency until May 23

Minnis: We can see light at the end of the tunnel

NASSAU, BAHAMAS — The government intends to extend the public state of emergency and emergency orders for another four months, according toPrime Minister Dr Hubert Minnis in Parliament yesterday.

The prime minister gave notice that he will move a resolution for the extension. The existing orders will come to an end on January 31.

Minnis said while The Bahamas is currently “doing well” in its current state of the pandemic, Bahamians are letting their guards down, which could lead to devastating effects on the country moving forward.

The prime minister noted that he understands what families are feeling, sharing that he had a similar experience when his brother died in September 2019 during Hurricane Dorian.

“Though both myself and my family were grieving and hurt, we kept that Tinternally because we felt that the country came first and we had to put my brother on wait for one month before we could have engaged in the burial,” Minnis said.

“…During that time, I too was hurting and I know how families feel, having gone through that myself.”

Minnis urged Bahamians who have lost loved ones and want to memorialize them to continue to follow the orders and remain vigilant for at least another month as the country waits to begin COVID vaccinations.

“I’m not trying to be hard or difficult. I love you very much. But I love even more the future survival of our country,” he continued

He added: “We can see light at the end of the tunnel. The pain that many may have felt because of the lockdown and curfew, they were not intentional. They were only to save lives and save our country.”

The resolution to extend the state of public emergency indicates that the orders are necessary given the continued proliferation of confirmed cases in neighboring jurisdictions and the active cases in The Bahamas.

In reads “And whereas it continues to be necessary and expedient for securing the public safety, the defense of The Bahamas, the maintenance of public order, the suppression of mutiny, rebellion and riot, and for maintaining supplies and services essential to the life and well-being of the community to continue in force”, the proclamation and emergency powers orders.

The governor general made the initial proclamation of a public state of emergency in The Bahamas on March 17, 2020, just two days after The Bahamas saw its first case of COVID-19.

The order was extended up to June 29, but due to a procedural oversight, which Attorney General Carl Bethel took responsibility for, the government failed to table a new bill on time and the governor-general signed a new proclamation of a state of emergency.

The original proclamation would have come to an end in September.

The second proclamation issued by the governor general gave the government up to another six months to extend the state of emergency with parliamentary approval — until the end of December.

However, Governor General C.A. Smith declared a third state of emergency on November 24, giving the competent authority the ability to have up to another six months of emergency powers.

The extension of the emergency orders would authorize the competent authority — the prime minister — to continue existing emergency measures to mitigate the spread of the virus.

These include curfews, closure of prohibited establishments, and other restrictions and health guidelines.