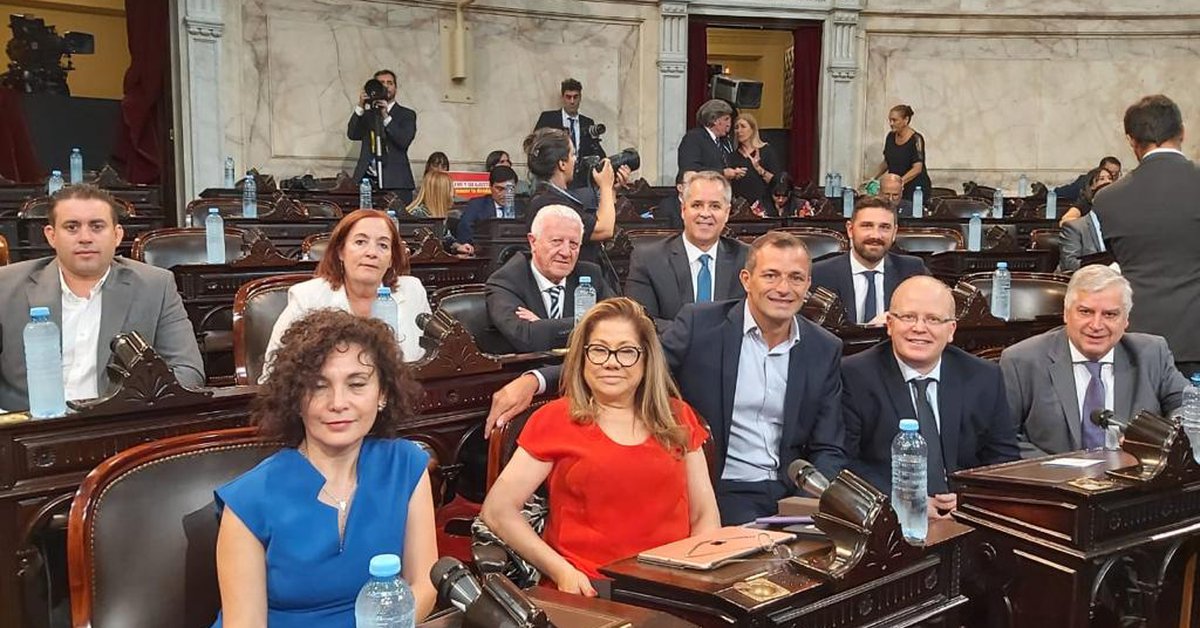 The lack of agreement to define the agenda caused the fall of the first session of the year in Deputies, unleashing the first Legislative dispute of 2021. One of the points of conflict is the extension of the biofuels law , which already has half a sanction from the Senate but which Alberto Fernández did not include in extraordinary. “The ruling party is wanting to get rid of its incompetence to meet,” they accused from the Federal Interblock. Pressure from oil companies, the ” false rift ”between the hydrocarbon and agricultural provinces, and the debate within the Frente de Todos jeopardizes the benefits and jobs of 54 biofuel plants located in 10 provinces and that generate direct investments of three billion dollars.

At the end of October 2020, the Chamber Alta approved, with the support of Kirchnerism and the opposition, the extension until 31 December 2024 of Regime and Promotion Regime for the Sustainable Production and Use of Biofuels that foresees tax benefits for the producers of the called “green industry”.

Biofuels reduce by one 70% and a 80% greenhouse gases (GHG), compared to fossil fuels , such as oil and its derivatives. However, Argentina signed and ratified the Paris Agreement on Climate Change. In fact, Alberto Fernández himself stated months ago that our country will present “with a view to 2030, a goal that will limit its greenhouse gas emissions to a level of almost 26% lower than the determined contribution national previously committed. ”

In December Deputies agreed to discuss the extension of said law in the extraordinary sessions of January, however the issue did not appear on the parliamentary agenda. In the meantime, the Ministry of Energy reduced the demands for the “cut” of diesel with biofuel for the first quarter of the year. Instead of 10% established by law, in January only 5% is required, in February 6.7% and in March 8.4%, to resume the 10% only in April.

Despite the validity of the cut-off percentages established by law, the biofuel-producing provinces have released a report in which they warn that at the beginning of Alberto Fernández’s administration, the companies oil companies failed to comply with these cut-off percentages: they mixed between 7.2% and 7.4% of biodiesel (instead of 10%) and between 10, 6% and 11, 2% bioethanol (instead of 12% that marks the norm).

From the Federal Interbloque issued a harsh statement in which they demand that the ruling party comply with “the commitment” to deal with the biofuel law.

“The norm was considered as a true state policy, which after 15 years of validity allowed to promote regional production with added value, work and care for the environment “, justified the third force of the Chamber Cancellation integrated by 11 deputies. There they affirmed that the incorporation of inputs of vegetable origin “does not alter the final cost of fuels and that, if necessary, an increase in the production of biofuels can substitute efficiency eventual fuel import needs. ”

Legislators denounced the ruling party due to “absence of explanations and non-compliance with commitments” that generate “uncertainty, undermine confidence, to the point of putting at risk the jobs that have been created in these years and investments made. ”

The Federal Interblock is made up of Carlos Gutiérrez, Alejandra Vigo, Claudia Márquez and Paulo Cassinerio from Córdoba Federal; Alejandro “Topo” Rodríguez, Graciela Camaño and Jorge Sarghini , from Federal Consensus; the justicialistas Andrés Zottos and Eduardo “Bali” Bucca ; Luis Contigiani of the Civic and Social Progressive Front; and the socialist Enrique Estévez.

The statement released by the legislators concludes by claiming the treatment of the law “without giving in to anyone’s pressure” . What sounds like institutional decorum to put the proposal on paper, on the table the Federal Interblock synthesizes that “the project is not advancing in the interest of oil companies.” And they point to the official deputy Omar Félix , who chairs the Commission of Energy and Fuels. The Mendoza, in relation to the promotion law that expires in May, stated in statements to LmNeuquén that the treatment in the Lower House was postponed because “we have to debate it a little more.”

“I have My look, I come from a producing province and we understand that there is a difference that the law must have in view, when the origin of biofuels are renewable resources and affect resources that are not renewable. It seems to me that it is an issue that must be considered and discussed a little more ”, said Félix. Official sources assure that in Economy and Energy modifications to the law are analyzed showing internal pressures in the ruling party.

“There are no sessions because the ruling party does not want, they have such an internal problem that they do not agree on anything. They are wanting to get rid of their incompetence to meet, ”he said in dialogue with Infobae one of the signatory legislators.

“False” , responded forcefully in statements to this medium. Rodríguez affirmed that “the hypothesis is difficult to corroborate because the oil provinces that are part of OFEPHI (Federal Organization of Hydrocarbon Producing States) supported the extension of the Biofuel Law in the Senate.” They are Chubut, Formosa, Jujuy, La Pampa, Mendoza, Neuquén, Río Negro, Salta, Santa Cruz and Tierra del Fuego.

“Something strange is happening in Argentina. It is not time to invent new cracks to hide what is behind. An indicator of institutional quality is that the power of large companies does not condition the decision-making process in the institutions of democracy ”, analyzed the head of the block of deputies of Federal Consensus.

The Biden Government and the new opportunity for Argentina

The arrival of Joe Biden to the White House could be beneficial for our country if Argentina protects its biofuel production. During his tenure, Donald Trump imposed tariffs of more than 130% to the entry of Argentine biodiesel in the North American market truncating trade.

Unlike his predecessor, Biden on his first day in the Oval Room signed the return to the Agreement Paris on Climate Change. For this plan, which involves a systematic reduction of greenhouse gases worldwide, biofuels are especially indicated.

In a geopolitical key, this change on the North American agenda it will have its impact on a global level. With Biden, Argentina is facing the opportunity to reconsider the tariffs imposed by Trump. If reduced, exports to the US market could recover, constituting an interesting potential for the growth of local biofuel production.

The price of gasoline will increase once more on 12 March: the Government scheduled the increase in the fuel tax for that date

The government decided to increase to 130% the price of biodiesel