Ebrard spoke with Blinken, US Secretary of State: “We started work to implement the best relationship” 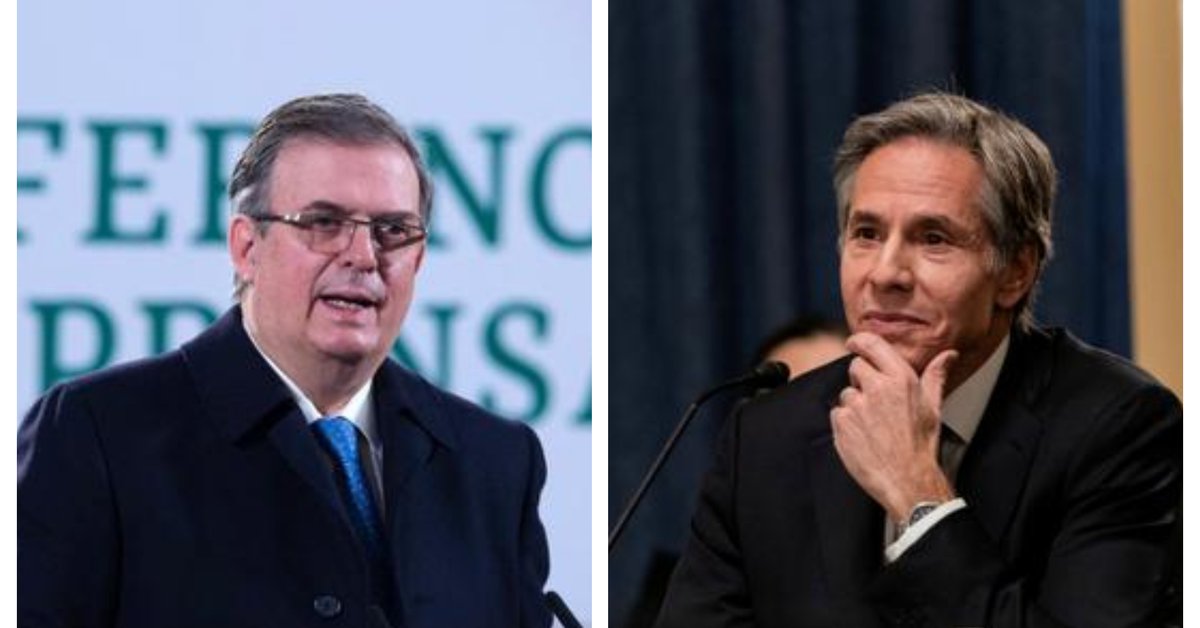 Almost a week after the Democrat Joseph Biden officially took over the administration of the White House , everything seems to indicate that the communication between the governments of the United States and Mexico has been better than expected.

The head of the Ministry of Foreign Affairs (SE), Marcelo Ebrard Casaubón , announced on Tuesday afternoon, through his social networks, that he held a productive phone call with Antony Blinken , Secretary of State of the American Union.

I held productive and cordial conversation with Antony Blinken, new Secretary of State of the United States of America ratified today in the Senate of that country. We began work to implement the best possible relationship between our two great countries

It is worth mentioning that a few hours ago, the Mexican Foreign Minister already had congratulated Blinken after this morning he was ratified to that position by the US Senate . “I wish you the greatest success in your management” , wrote Ebrard on the same platform.

And it is that, with 78 votes in favor and 22 against, Congress confirmed Antony Blinken as the top United States diplomat, in charge of to restore America’s position to the world. It is worth mentioning that the doctrine of the Donald Trump administration of “America first” weakened international alliances.