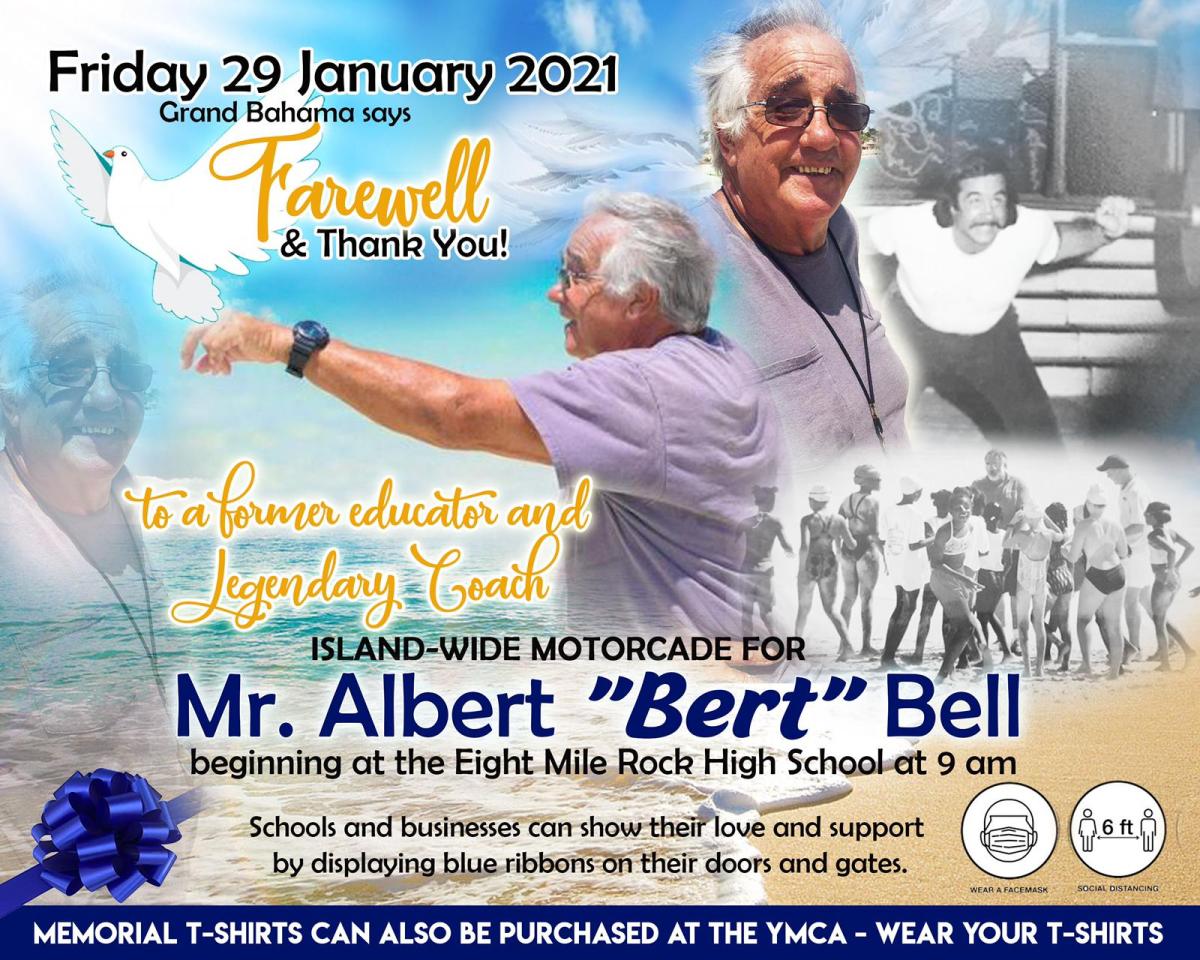 GRAND BAHAMA, BAHAMAS — The family of the late Albert “Bert” Bell and members of the One Bahamas Executive Committee and Bert Bell Memorial committee are inviting the Grand Bahama community to join them on Friday, January 29, as they posthumously honor Bell with a mini island-wide motorcade drive-by.

According to event organizers, the motorcade will begin at Eight Mile Rock High School at 9am, then parade through the streets of Grand Bahama to “celebrate the work of a legendary coach and former educator who has given so much of himself to the Grand Bahama community”.

The organizers also asked that supporters wear blue on Friday and adorn their doors and fences with a blue ribbon to “show their love” to the late Bell. They noted that Bert Bell Memorial T-shirts will be available for purchase at the YMCA.

“The motorcade will be limited to a flatbed truck and a small entourage of vehicles only,” they noted.

“The public will not gather to be a part of this mini motorcade. However, persons who wish to stand out as the motorcade passes as a salute to Mr Bell should abide by all COVID-19 protocols.”

Bell, a well-known swimming coach and community leader, died at age 75 on January 16.

He was a teacher and coach for more than 25 years who is credited with founding the Freeport Aquatics Club and also said to have worked with the Special Olympics, among numerous sporting organizations.

Bell’s family asked that donations be made to Freeport Aquatics Club in lieu of flowers.