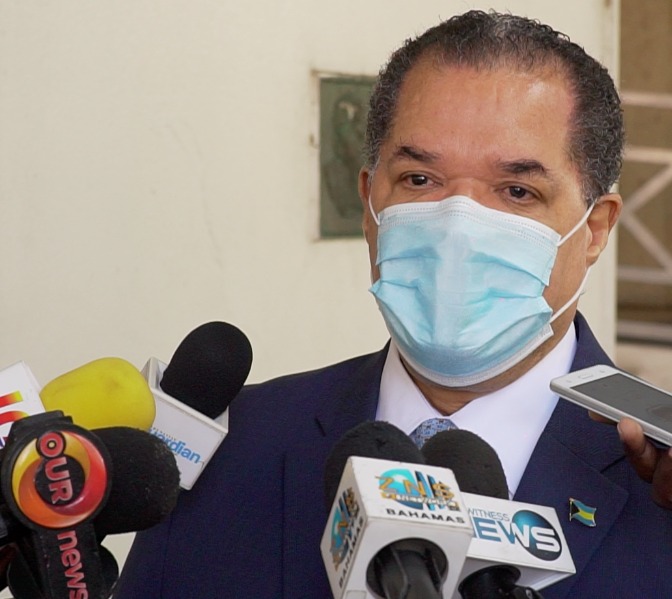 NASSAU, BAHAMAS — Minister of Labour Dion Foulkes said yesterday that is he is “very optimistic” about the employment situation in The Bahamas, “especially the touristic sector”.

Foulkes sought to assure Bahamians that despite the economic challenges, closures of business establishments, and global travel restrictions brought by the COVID-19, peop

He was responding to the concerns about Atlantis’ latest announcement that

Foulkes insisted the employment level at Atlantis remains the same and there’s been no change, despite the recent announcement.

He said that while Royal Towers has furloughed approxiamately 200 employees, the hotel has re-engaged 200 employees at The Cove.

“I’m advised by Atlantis that the Spring Break — which is dependent on [when] university’s begin around the end of February and goes anywhere from three to four for weeks — they are optimistic that they are going to be able to reopen the Royal Towers and reengae those 200 employees by the end of February.”

Foulkes pointed to the announcements from Sandals and Baha Mar regarding the reopening of their Bahamas-based properties by March.

Sandals announced that Sandals Emerald Bay on Great Exuma will welcome guests on February 24 and Sandals Royal Bahamian on March 31.

It will also begin offering complimentary COVID-19 testing onsite to guests staying in The Bahamas.

“That is very good news for almost 1,000 employees at Sandals”, Foulkes said.

Meanwhile, Baha Mar has announced that it will be completing the final phase of its reopening, with Rosewood and SLS to reopen on March 4t.

The resort welcomed guest back guests to Grand Hyatt Baha Mar on December 17, 2020 after months of temporary closure due to the pandemic.

Foulkes noted that “Baha Mar will be completely opened. That is extemely good news”.

Unemployment in the country has been projected at 40 percent due to the global coronavirus (COVID-19) pandemic.

Thousands of hotel workers have been furloughed since March, and businesses in the private sector have been shuttered.

The reopening of Atlantis and Baha Mar in early December saw a return to work of some employees, however, many remain in limbo.

Many of the individuals who became unemployed during the pandemic were from the tourism sector, including businesses who relied on cruise ships for its trickle-down employment.

The Bahamas remains in a state of emergency with restrictions on social gatherings, events and indoor dinning, and a curfew.

The government has announced its intention to extend the state of emergency until May 23.