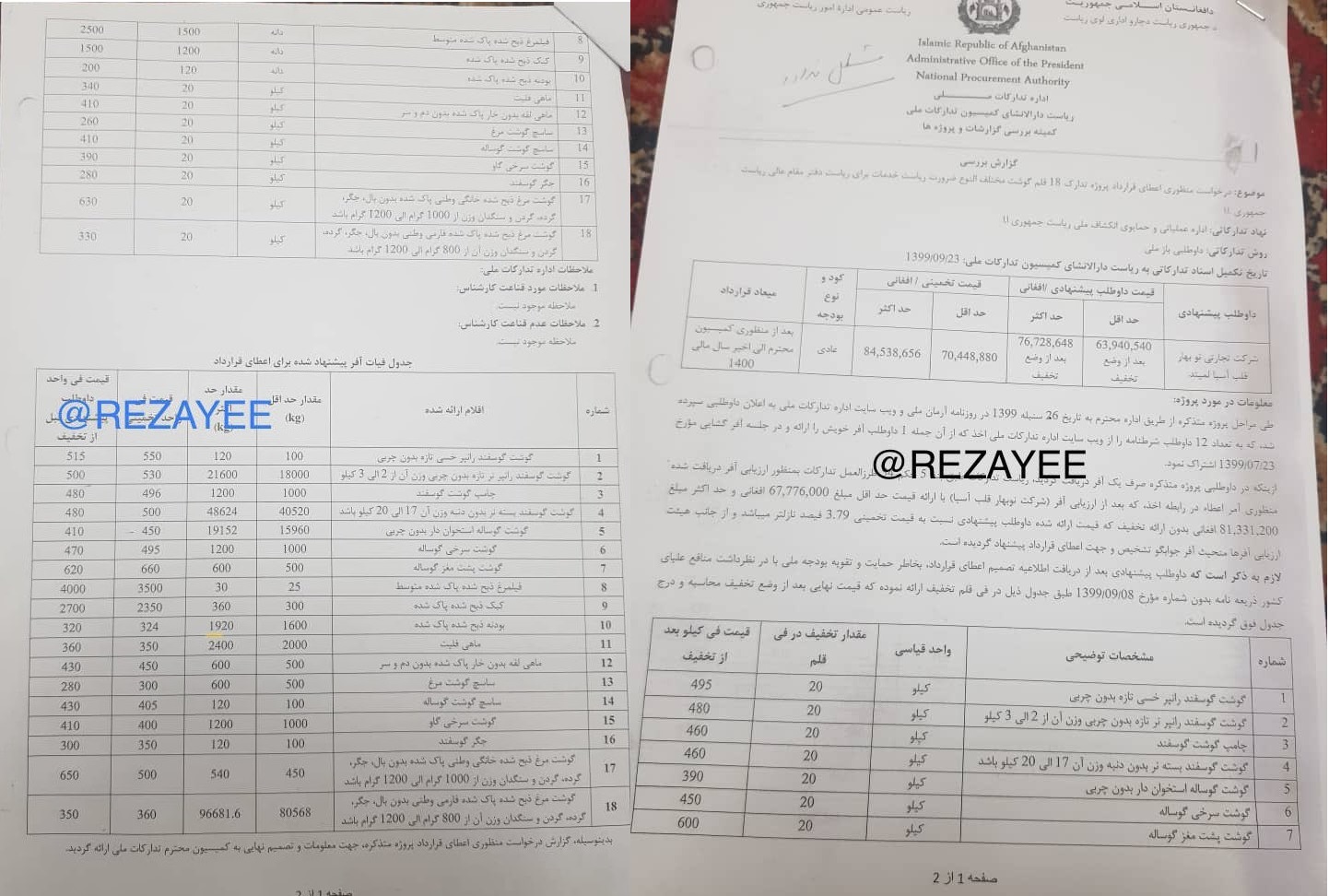 8 Subh, Kabul: Aga Rezaei, a member of the House of Representatives, published the order from the Administrative Office of the President (AOP) for 18 types of meat. Rezaei had previously said that 17 types of meat had been purchased by the presidency, including “quail and partridge” and “$30 million” for vegetables. His remarks made headlines on social media.

Abdul Hadi Arghandiwal, the ousted Minister of Finance, announced at a press conference on Monday, January 25, that one of the reasons for his dismissal was his membership in the National Procurement Commission. According to Arghandiwal, he opposed the contract for 18 types of meat at one of the commission’s meetings, and this protest prevented the contract from being signed.

The document states that the call for bids for the purchase of 18 types of meat was announced on September 19 last year, in which 12 bidders received requests to bid from the website of the National Procurement Authority and one bidder submitted an offer.

The AOP has not yet commented on the documents. It had previously rejected allegations of having issued a $30 million contract to buy vegetables.

The post Khan Aqa Rezaei publishes order for 18 types of meat from Administrative Office of the President appeared first on 8am Newspaper.