Sergio Lapegüe's heartbreaking account of his hospitalization for coronavirus: the silence, the darkness and the “blow to the head” 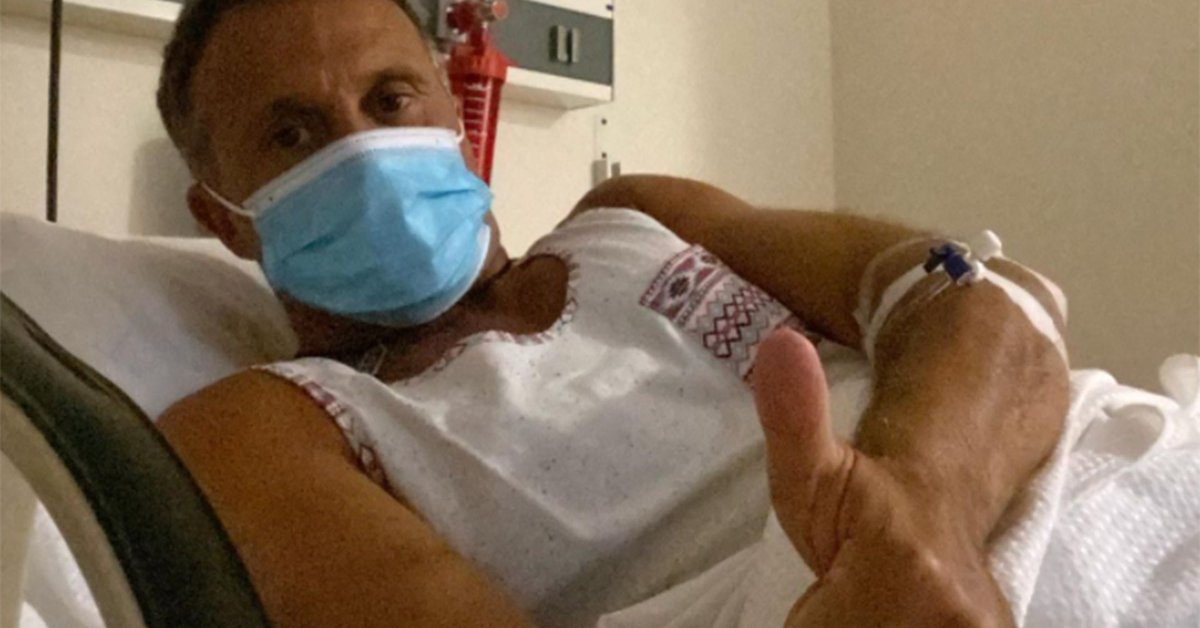 The Caribbean sun, the white lights in the room of a hospital, which often go out: the fatigue of these days forces it, which is in contrast to the energy displayed during the holidays. Fun with family, with friends; the loneliness of a bed, the forced absence of loved ones. The heart beating with force for so many emotions experienced in a few happy days, well deserved; the plasma, which comes to “revive” it.

In just seven days the life of Sergio Lapegüe Complete change. A week ago, he was returning to Buenos Aires from the Dominican Republic, where he traveled with his family and a group of friends trying to leave behind the 2020 , a year that began with the coronavirus pandemic that still has the whole world in suspense, and that has claimed the lives of more than two million people.

Still with a Caribbean look – a muscular one that he probably used in his beach days – the journalist must have been hospitalized for COVID – 19. After testing positive, the professionals understood that it was best if he was controlled in a medical center because he was considered a patient at risk for being asthmatic . As the days went by, his condition worsened. They must have applied plasma to it. “After an hour and a half I came back to life. It’s awesome ”, he told Teleshow the driver after the transfusion, and also made a remark about the lonely side of the disease: how each patient must travel it totally isolated, with the only contact of health professionals, who – he remembers – from the beginning are called “the heroes.”

While on his fourth day of hospitalization, Sergio He reflected precisely on loneliness and how being isolated is affecting him. “Not wanting to see anyone, being in the dark out of necessity. You can’t turn on the TV simply because you don’t want to hear anything, ”he described some of the sensations. And immediately he recounts what he hears from the other side of the room in which he is in the Juncal Sanitarium in Temperley. “ Silence – he assures. I only feel the footsteps of the tremendous public servants going from one side to the other down the COVID corridor – 01 . Doctors, nurses, cleaning staff, room service personnel, who risk every minute so that patients can treat this disease as unknown as it is rare, in the best way without sequelae. ”

It also details the habit and care that professionals take when coming into contact with a positive coronavirus patient. “ Every time they have to enter each room they dress in new clothes which they take off when they leave . And they discard it in a basket so as not to carry the virus. ”

With feelings on the surface, from the solitude of his room, Lapegüe communicates with his family over the phone. Today’s technology brings him closer to his loved ones who regret not being able to hug him right now, but support him from a distance and wish him to recover soon.

Meanwhile, deal with some ups and downs of this disease that is still new to many. “Suddenly they control the oxygen in the blood and it saturates low, there they put oxygen to you to breathe better. And the experienced nurse comes and injects you with antibiotics or a corticoid, or an anticoagulant, to avoid a possible thrombosis. And a hammer falls on your head, which collapses you on the bed ”.

Faced with this panorama, he assures that it is difficult for him to get out of bed, the one he left when he moved to the armchair in the room, looking for a change within his own isolation. Thus, he just hopes that “time passes and the virus goes away as it arrived.”

This Wednesday, the journalist raised his temperature: “The high fever went to bed in my bed and still remains ”, he describes, and maintains -” I must admit, “he clarifies – that he experiences different symptoms:” Bone pain, back pain, fever, cough, decomposition, reluctance, doze at any time. And sometimes you get agitated, you are short of breath. Something I know well about my asthma. ”

He emphasizes that pneumonia is controlled and that the virus does not spread. “Perhaps thanks to the convalescent plasma, it is in the same place, there in the right lung, close to the heart,” he analyzes, and draws a play on words when speaking to those who sent him messages of support since he began to transit the disease. “With my heart I always speak to you. Thank you very much for all the messages of encouragement and support. They really excite me. And they are innumerable. Although I know there are people with bad intentions – he repairs -. That is glad of the problems of the other. What do you think without knowing. I hope you can stop hating or envying because that is bad for the heart of each one of you. ”

And he makes a new reservation, clarifies that he did not contract coronavirus during his holidays. “Unfortunately I got infected here. I tell you from my heart “, Sergio Lapegüe remarks, and signs the moving Instagram post not with his name but as” a friend. “

Gianinna Maradona, near Dieguito Fernando: contacted Verónica Ojeda to find out about him