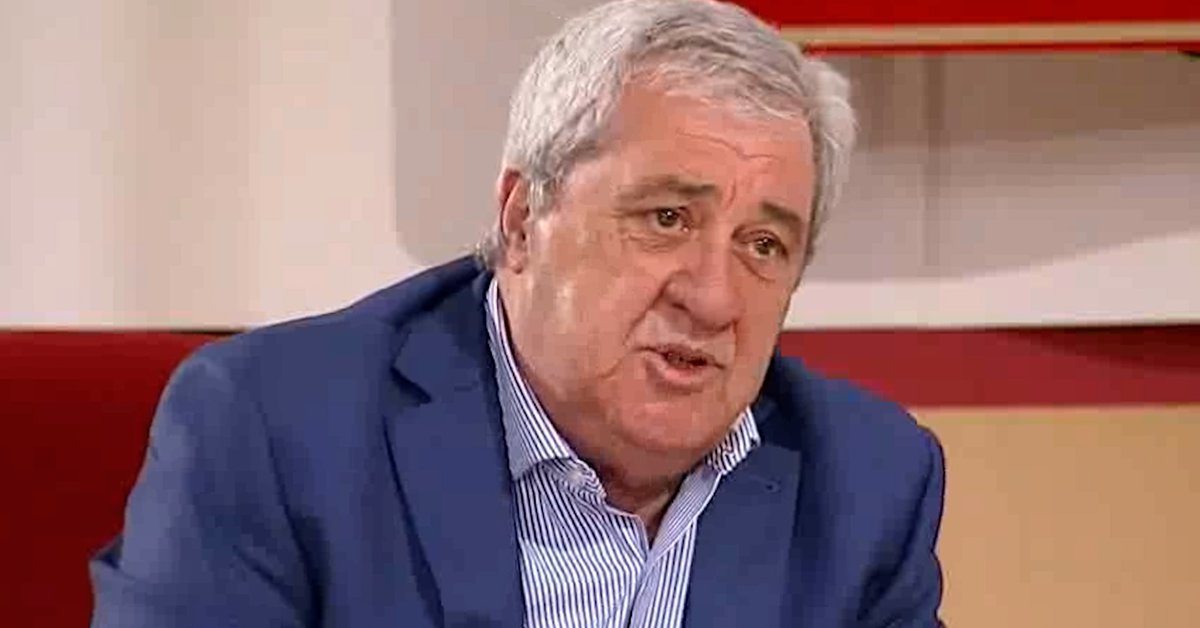 The second year of the presidency of Jorge Amor Ameal began in mouth. In an interview on ESPN F 360 , spoke of all the issues that Xeneize are interested in them. Among other issues, he referred to Carlos Tevez and pointed out that they managed to raise his level. In addition, he assured that he is not affected by Apache’s friendship with Daniel Angelici and that the current Boca captain will not compete with Juan Román Riquelme in a future election.

“ When we get to the club They said that Tevez couldn’t play anymore . The reality is that was achieved the best Tevez . He was the first to not surrender and want revenge, and he had it. They all accompanied him. He is performing very well in Boca and I hope he continues ”, he said.

“I have an excellent deal with him. But no one can choose someone else’s friends. As they can’t choose me. I don’t care about the photo that Tevez took with Angelici, I care what Carlitos does on the field ”, he said about the link between the forward and former president.

And he ruled that there will be no political dispute between the club’s idols. “I have no doubt that Riquelme will be president of Boca. I don’t think Riquelme and Tevez compete in 2023 …. It will not happen ”.

Other important phrases from Ameal:

“I am honest. It matters to me to win. Then we see how. Russo’s approach led us to win two titles. But I love the result, I am a resultist . The one who says it isn’t, the one who likes lyricism, I don’t believe him. Russo has the tranquility of the wise men, who lead the way ”.

“ The best reinforcement we have is Roman and the Football Council . They won a lot, they know what the Boca shirt is. They talk about the bad treatment of the Soccer Council, Tevez has been treated very well , the same Riquelme. The same with DT ”.

The future of La Bombonera

“There is no stadium for 20 millions of fans. The stadium will always be small . But we aim at La Bombonera 360 and other activities. We took all the glass out of the stalls and nothing happened. Boca was champion and the people did not invade. We will remove the fences. ”

“ The people (who are left outside) are right. 220. 000 active and then there are partners on hold (adherent ). A quota of the capacity is for adherents, who are rotating. ”

“ We had to recover the Xeneize identity and never We left La Bombonera. We believe that important announcements will be made this year. Not the Slovenian project, that of Bombonera 360, yes. I am very optimistic “.

” I hope I can see the Bombonera 360, if it is not mine, we will start it and others will finish it. This cannot be a tennis court. We are part of the La Boca neighborhood and this is going to be done, I have no doubt that we will build a stadium for 80. 000 people“. 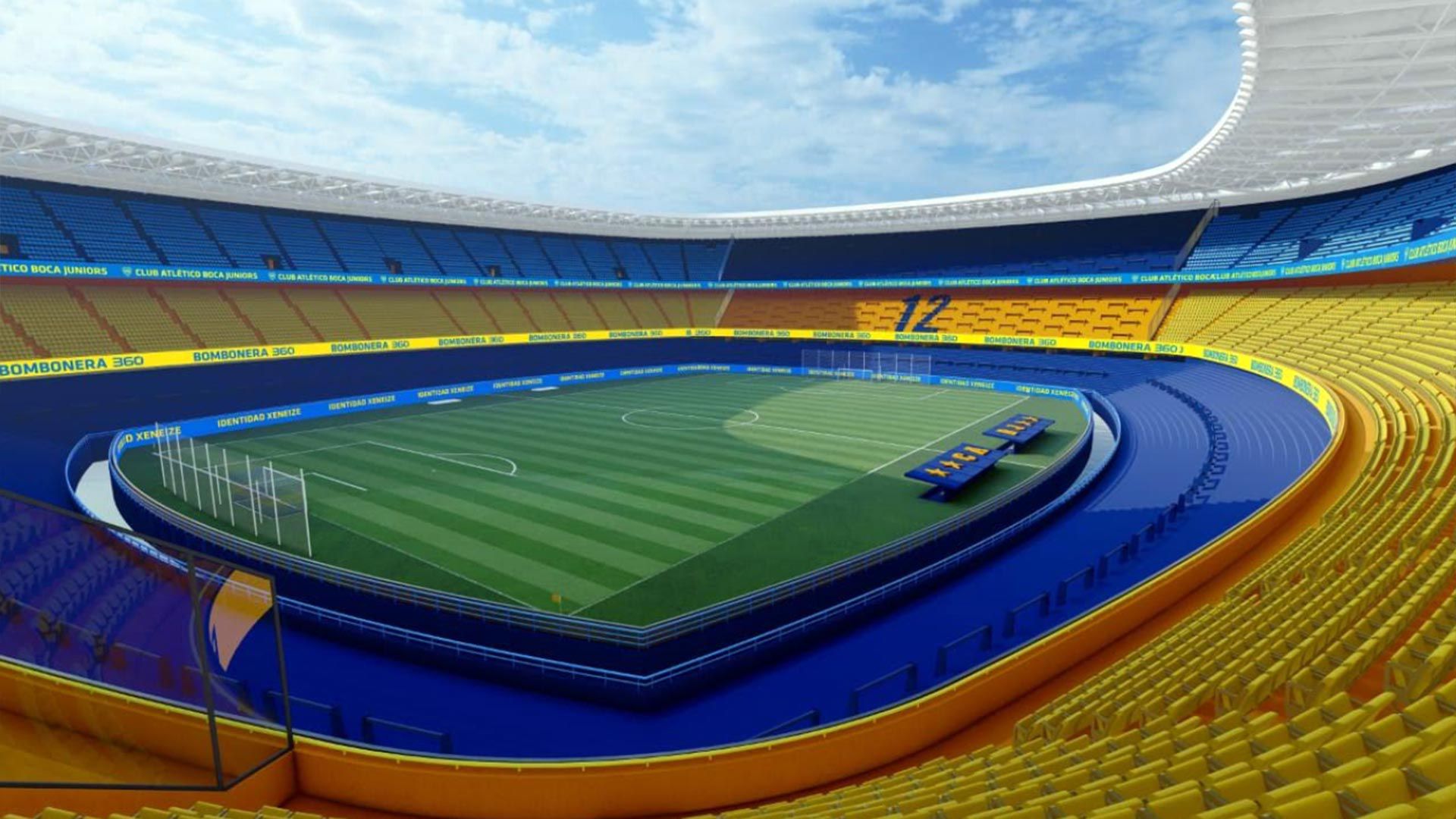 “I have no doubt that we are fit. The beauty of La Bombonera is its audience too. When people are, it is another stadium. How can I not like it to be? We intend to be in that final. It is one of the best stadiums in the world . Our stadium has another flavor, a taste of the people. It is very important, the Riachuelo, Caminito … La Boca is a barbarous neighborhood. ”

“ The fault was with security . It can’t be that someone was allowed in with pepper spray. Nor do I justify that the game has not been played more. The game ended in La Bombonera. It was just one person. ”

“I’ve been at the club for many years, I come from the time of Alegre (Antonio), I was with Macri (Mauricio), later I was President due to the death of Pedro (Pompilio), I had to lead a club that did not have a majority. Today I can’t absolutely complain about anything. ”

“ We have a good relationship with Chiqui Tapia. We must change the authorities , because Angelici is still vice president . That has to be fixed. ”

“ The League of Professional Football is still the same as the Super League. I do not like that. Tinelli (Marcelo) will defend his team, but at a discussion table in Viamonte (headquarters of the AFA). We continue with the double command “.

” I found D’Onofrio (Rodolfo) someone who loves his club like me. He is a barbarian man. ”

“We have to debate the championship we want, the football we want. The players are phenomena and we continue to attack them. ”

Request for postponement before Banfield

“All the world He operated against Boca to play the final against Banfield that Sunday . I felt that they wanted to harm Boca against Banfield. That game was to be played on Wednesday 20 from January. Mouth is Mouth… It beats them all. ”

Elimination of the Copa Libertadores

“We all thought, when River lost, that we passed. When we were eliminated we had to go to the locker room to cheer up the players, because they are the ones who feel it the most, the team was beaten. ”

“River played very well as a visitor, but nobody says that he played very badly at home.”

“I felt a tremendous sadness when we lost with Santos, it was our illusion, The Seventh we had a bad night and was lost. These are things that happen. ”

“I did not speak to Wanchope Ábila, but is a good boy. Has Cordoba humor ”.

“We are going to create an austere government, we want to to our players. Today the campus is with salaries up to date. I already said it, the best reinforcement is Román and the boys of the Soccer Council. ”

“ The players who want to leave hurt us, although we have to defend the club ”.

“Why is Salvio going to leave? Hopefully he stays . We have a good squad, and good people. ”

“ Buffarini (Julio) was offered to renew, but the player He said that ‘ had other expectations’ and that’s why he is leaving. ”

Previous Post
From Tassie to Kimberley cattle country, ringer’s gap year blows out into ‘amazing’ epic
Next Post
Mostaganem: A woman throws herself from the top of a building in neighborhood 348