United States.- David Julius and Ardem Patapoutian, BBVA Foundation award for identifying the sensors that allow pain to be felt 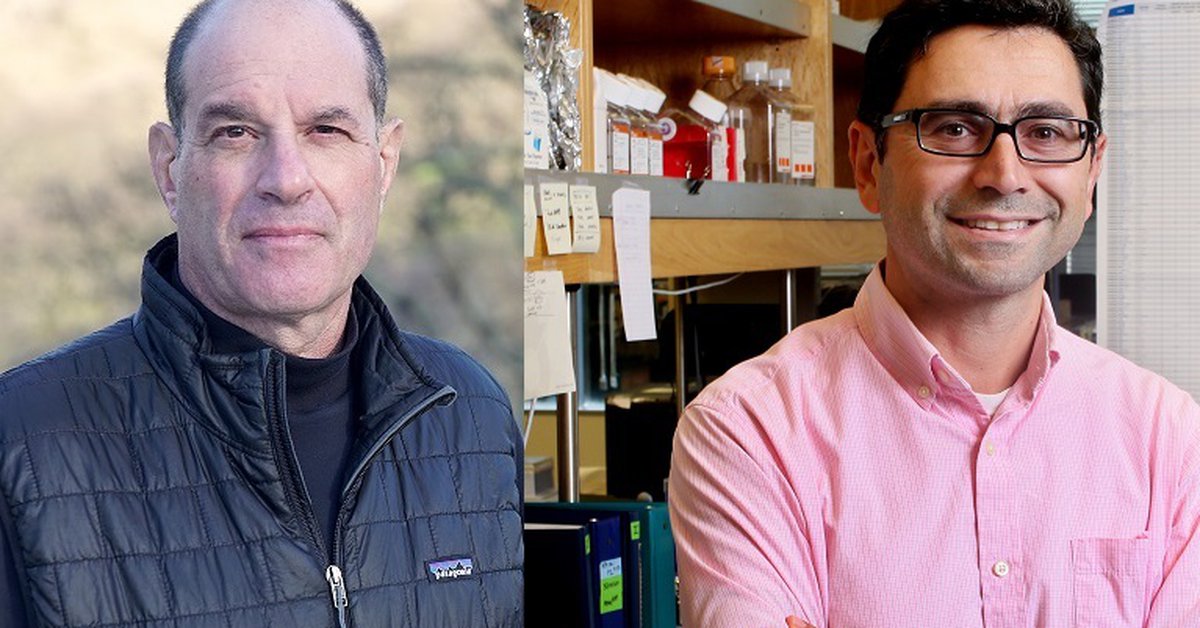 The researcher at the University of California, San Francisco, David Julius, and the doctor from the Scripps Institute In La Jolla (United States), Ardem Patapoutian, have been awarded the ‘BBVA Foundation Frontiers of Knowledge Award in Biology and Biomedicine’ for having identified the receptors that allow the perception of temperature, pain and pressure.

“Temperature, pain and pressure are part of our sense of touch, perhaps the least understood of the five human senses. Julius and Patapoutian have revealed the molecular basis and neuronal for thermal and mechanical sensations “, have pointed out from the jury.

This is an investigation with potential medical implications, because” sheds light “on how to reduce chronic and acute pain associated with numerous diseases, injuries and their treatments cough”. In fact, several pharmaceutical laboratories are investigating to identify molecules that act on these receptors in order to treat different forms of chronic pain, for example that associated with inflammatory processes such as arthritis.

The jury also highlighted the “great value” of understanding, from a fundamental point of view, how the world is perceived. “Although we have not yet seen practical applications of these discoveries, their potential is so enormous that we have no doubt that it is a transformative milestone that deserves to be recognized,” said the director of the Center for Neurodevelopmental Disorders at King’s College London. Kingdom) and secretary of the jury, Óscar Marín.

Understanding how the body is able to perceive changes in temperature or pressure is conceptually so significant that It is surprising that we did not know it until so recently or, rather, that we only knew the part of the nervous circuit that processes this information but not the molecular sensors it uses.

“It is one of those findings in which it is difficult to intuit the full scope that it may have in terms of applications, although some are already being worked on, such as the management of chronic pain and the control of blood pressure “added Marín.

The findings of the g boasted have opened an area of ​​research capable of changing the way of understanding crucial physiological processes in the functioning of the organism, from which relevant medical applications could be derived. The new field, ‘mechanobiology’, investigates for the first time the role of pressure receptors inside the body, in systems such as the excretory, to alert that the urinary bladder is full, or the circulatory, to regulate pressure in the blood vessels.

The first surprise came when Julius discovered that the receptor that causes a burning sensation in the mouth when ingesting capsaicin – the spicy ingredient in chilli or Padrón peppers – is also the same that detects heat. “He identified the first gene that encodes a receptor that acts as a temperature sensor, [la proteína] TRPV1, using capsaicin. He discovered that TRPV1 is also activated at high temperatures,” the jury argued.

The signal that this receptor sends is integrated into the brain and is calibrated in such a way that, if the heat is so high that it can burn the tissues, it is interpreted as pain. Julius explained after learning of the ruling that, although “in hindsight” the connection between spicy and high temperature seems “obvious”, at the time it was not. His research started from his general curiosity about the use of natural compounds in society, which ended up connecting with the investigation of the molecular bases of pain.

“Plants defend themselves by generating substances that cause pain to their predators, and it occurred to us to exploit these tools to try to understand the sensation of pain on a molecular scale,” said Julius, whose group identified the gene for the receptor for the spicy ingredient in chilli pepper, but the real surprise came when wondering about the function of this protein in humans.

Also, in cultured cells they discovered that heat also activates the capsaicin receptor. “We realized that heating the cells caused intense activation of this receptor. It was an exciting moment,” recalled the award-winning scientist.

A They then found that the receptor for menthol and low temperature is the same, and to Julius’ amazement, it resembles that for capsaicin. “What was most fascinating about this finding was that this molecule is genetically very similar to the receptor activated by capsaicin in chilli peppers and heat. Therefore, these discoveries revealed to us that nature uses a common strategy that allows our nervous system to detect changes in temperature through a family of similar molecules “, the researcher has detailed.

Later, Julius also identified the receptor for the spicy compound ‘wasabi’, from the mustard family, again turning to nature. “For years mustard extract has been used for pain tests: it is rubbed on the patient’s skin to irritate it and check its response to pain; this also causes inflammation, increasing sensitivity to temperature and touch. It is a model to investigate inflammatory pain, such as that of a joint with arthritis. Investigating how the process worked, we identified a receptor in nerve cells, and this is the mechanism by which ‘wasabi’ and other mustard plants cause a stinging sensation, “he said. .

And it is that, it has been verified that the same receptor of ‘wasabi’ is involved in the itch that makes you cry when cutting an onion, and It is also activated by the venom of some animals, such as the scorpion. “The most relevant thing about this mechanism is that it is very important to understand the pain of an inflammatory lesion and can serve to understand how the lesions cause pain not only acute, but also persistent, leading to chronic pain syndromes”, explained Julius .

Both laureates, who met at the University of California in San Francisco during a Patapoutian postdoctoral stay, described the beginning of their relationship as ” competitors “, but soon became” complementary “, since they investigated different receptors.

” Patapoutian identified the genes of the receptors that are activated with tension, the mechanical force of stretching. These proteins are called Piezos and are responsible for the perception of pressure in the skin and blood vessels, so their importance for health goes beyond the sense of touch “, they have detailed since the jury.

The starting point Day of Patapoutian’s research was the observation that touch is the only sense based on the translation of a physical signal, such as pressure, into the chemical language that the body understands. “When investigating the nerves that make us feel touch and pain, we realized that they do something unusual: they are able to perceive physical forces, such as mechanical forces and temperature. Very little is really known about how the body translates these physical signals into chemical language “, he pointed out.

The Patapoutian group has revealed the three-dimensional structure of Piezo receptors, which helps to also understand their mechanical functioning: they are large proteins that enter and leave the cell membrane tens of times, as if they were an elastic thread threaded through the membrane, which stretches and shrinks.