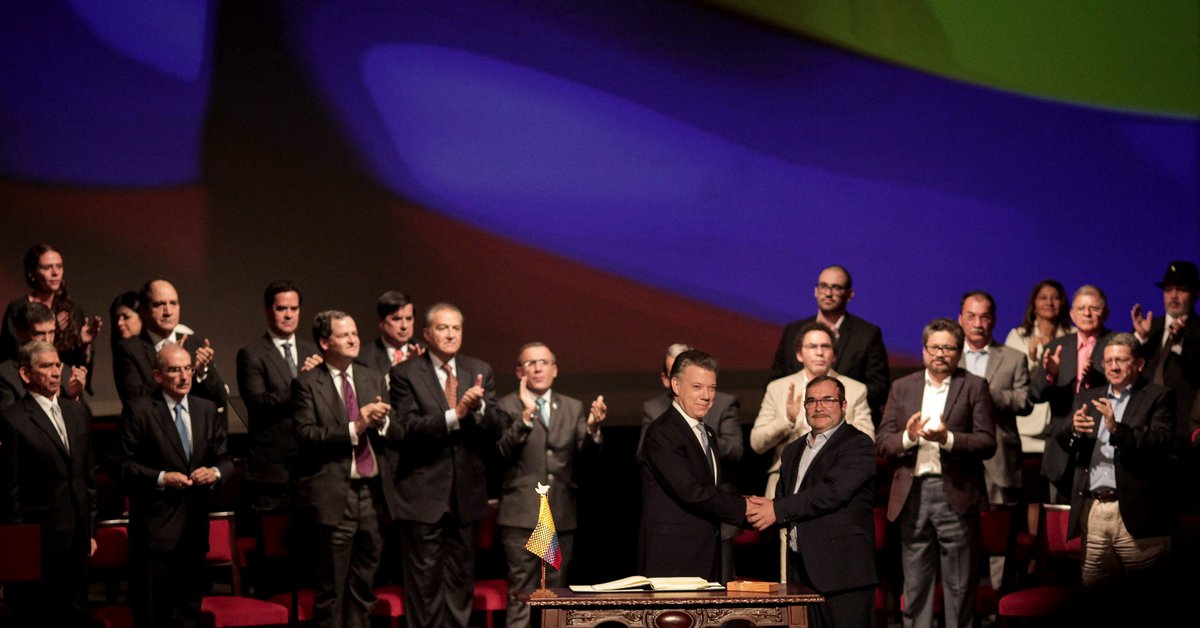 The Special Jurisdiction for Peace (JEP) has accused eight of former high-ranking commanders of the extinct Revolutionary Armed Forces of Colombia (FARC), including the current leader of Comunes, the party that emerged from the guerrilla, Rodrigo Londoño, alias ‘Timochenko’.

This is one of the most significant movements since the JEP was created in 2017, a year after the peace accords ratified in La Havana, and in which the guerrillas put down their arms to participate in civil society through political channels.

Known as case 01, opened in October 2018, contemplates almost 21. 400 kidnappings and “serious deprivation of liberty” committed by the FARC between 1993, the year in which they began to er record of them, and 2012, although most of these crimes, he points out, were committed between 1998 and the JEP, to which the Colombian newspaper ‘El Espectador’ has had access, acknowledges that the investigation, due to the “magnitude” of the events, could be flawed, since “it was not possible to determine a precise number”, since many The victims did not report for fear of reprisals, or some of the cases could have been committed by criminals or other armed groups posing as the FARC.

The list is completed by Jaime Alberto Parra, alias ‘Mauricio Jaramillo’; and Juan Hermilo Cabrera, also known as ‘Bertulfo Álvarez’, who died this Wednesday. Some of them are part of the Comunes party, which ceased to be called the dissolved guerrilla after its first two years under the acronym FARC.

The JEP holds them responsible as co-perpetrators not only of deprivation of liberty and hostage-taking, but also of torture, sexual violence and attacks on personal dignity that were committed by their subordinates when they were in command.

The only one who has been identified as the perpetrator of these crimes has been the now common senator ‘Pablo Catatumbo’, who is accused of “depriving civilians of liberty as part of the dynamics of social and territorial control “when he exercised” as commander, since 2011, of the FARC’s ‘Western Bloc’. “

JUDICIAL WAYS FOR THE FORMER GUERRILLERS

Londoño and the rest of the accused now have 30 business days to decide whether or not to accept their responsibility in these crimes that are imputed to them, as well as the victims and the Prosecutor’s Office that may present their allegations. After that, the JEP will issue its conclusions and the Peace Tribunal will decide the sanctions.

In the event that the former high command of the armed group accept the charges They can face home prison sentences of between 5 and 8 years, as contemplated by the JEP, also created to facilitate the demobilization of the guerrillas and their incorporation into civil life.

If they choose not to accept the charges and go to trial, in the event of a ruling against them, they can receive jail terms of between eight and 20 years, and between five and eight years if they backtrack and plead guilty during the judicial process.

THE FORGIVENESS OF COMMON

In September of 2020, the former FARC party , today Comunes, through its general secretary, Rodrigo Londoño, and other important voices of the formation such as ‘Pablo Catatumbo’ or ‘Carlos Antonio Lozada’, sent a letter to the victims of kidnapping to show their repentance and request their forgiveness.

“After having silenced our rifles forever, in the quiet of civil life that has allowed us deep reflection on the war in which we participated and were protagonists, we want to tell you that the kidnapping was a very serious mistake that we can only regret “, said the text.

“The kidnapping only left a deep wound in the souls of those affected and mortally wounded our legitimacy and credibility. Having made that decision, in the exceptional circumstances of irregular warfare and seeking to balance forces, we had to drag this burden that to this day weighs on the conscience and heart of each one of us, “he continued.

Comunes took another step and put a face to his guilt, mentioning Andrés Felipe Pérez, a sick child, who died without being able to see his father, a member of the Army of Colombia, despite the fact that for months he sent radio messages to the FARC to be able to meet him again.

“We feel like a dagger in our hearts the shame that we It produces not having listened to Andrés Felipe Pérez (…). We cannot give them back the time that was taken away to avoid the pain and humiliation that we cause to all the hostages, “they lamented.

Previous Post
Blinken spricht von Genozid an Uiguren in China
Next Post
Two brothers lead a network to smuggle drugs from Morocco to Algeria by recruiting young people to swallow them!