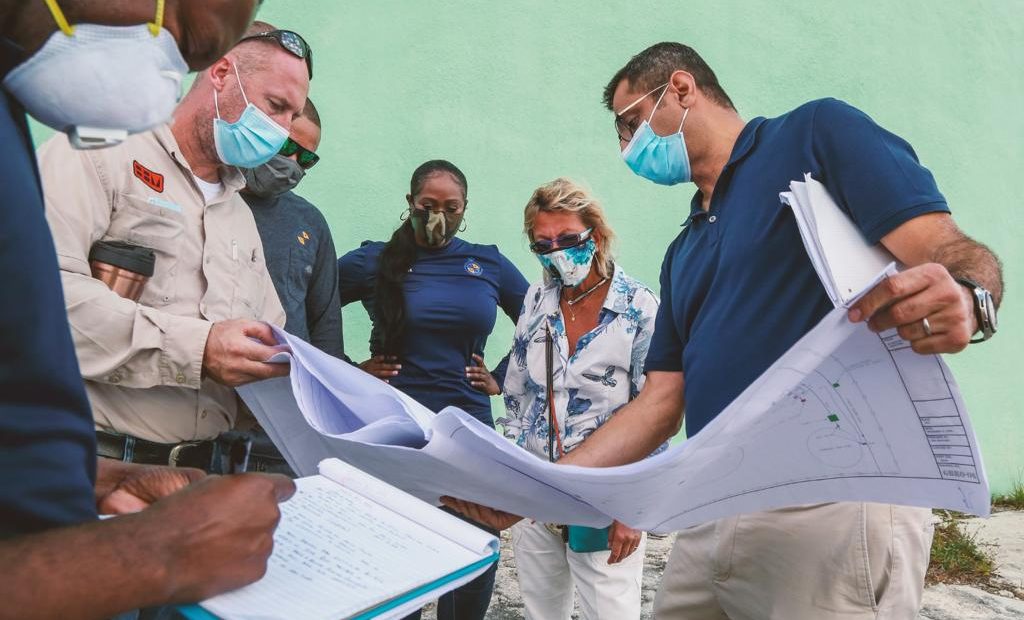 GBUC Director of Operations Philcher Grant said that after months of extensive hydrogeological surveys, planning and design, the company is “delighted that this significant step in GBUC’s long-term storm hardening plan is now underway”.

Grand Bahamians and residents have experienced innumerable challenges to rebuild and recover since Hurricane Dorian ravaged the island in September 2019.

Unprecedented damage was wrought on the utility, where in particular Wellfield 6, which serviced 60 percent of the island, suffered a catastrophic impact. The pumping station and wellfield were inundated with a 20-foot surge of seawater for over 18 hours.

This has had a long-term salinity impact on that fresh water aquifer, which for decades had been a high-quality, abundant and reliable supply of pristine drinking water for the island, according to the company.

The contract for the construction and commissioning of the RO facility, a key part of GBUC’s $5 million investment in water infrastructure, was awarded to Bahamas Hot Mix (BHM).

Its managing director, Ebbe Saidi, said it is “thrilled” to be working with GBUC.

“Extensive pre-work including surveying, environmental approvals and engineering design has resulted in a customized plan for an RO facility that meets exact specifications outlined by the GBUC, including integrating mobility into the design to ensure equipment can be moved in the event of a storm to limit damage due to flooding or high winds,” he said.

“The RO facility will be able to meet the needs of water customers across Grand Bahama for many years to come, both reliably in the event of a force majeure.”

The GBUC noted that as of July 2020, the company had returned potability to 70 percent of the island, bringing much-needed relief to many residents.

“These investments will not only restore water potability to customers across Grand Bahama, but ensure Grand Bahamians will never again be without potable water for a prolonged period. They will also expand capacity.

“We are building back better.”

The GBUC said that, as part of its modernization plan, it has committed to SCADA automation, digitized well monitoring, reserve power supply improvements as well as pipe, valve and meter replacement programs.

The company also confirmed it will maintain the current 25 percent discount for customers without potable water, and continue to provide free drinking water to non-potable areas, the costs of which will be borne by the utility.

Detailed information on potability in communities across the island may be found on GBUC’s social media pages.

Grant continued: “We are seeing increased operating costs at GBUC as well as managing the cost of this significant capital program.

“But we know how challenging it has been for our customers, and we are pleased to be able to continue to absorb the financial impacts of the discount and drinking water stations for the benefit of those customers.

“We have used our experience gained out of tragedy as a catalyst for dynamic transformation.”