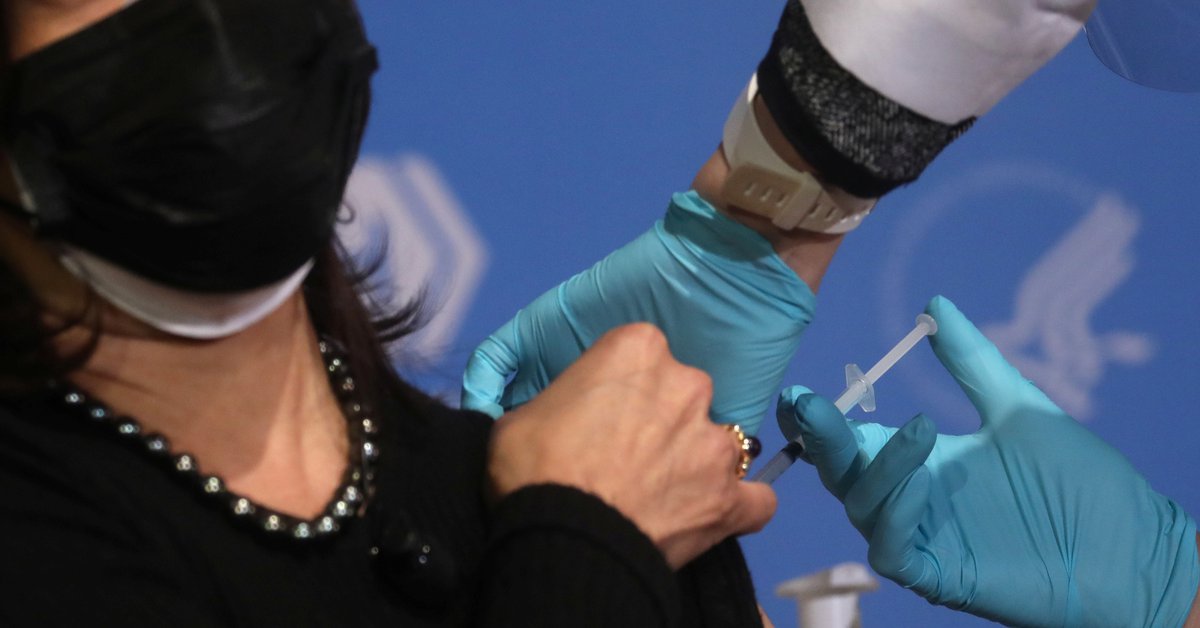 The largest vaccination campaign in history has already begun to face problems such as lack of inputs or failures in distribution, but there is a fundamental obstacle that prevents the end of the pandemic of COVID – 19 : in the world there are 194 sovereign states but only 10 of them concentrate the 75% of the vaccines .

According to new study of the US National Bureau of Economic Research ( NBER ), all the The world economy actually depends on the poorest countries vaccinating their citizens: “We estimate that up to 49% of the global economic costs of the pandemic in 2021 fall on advanced economies even if they manage to vaccinate their entire population ”.

This is due that the “ immunological inequality ”, as they called it Bill and Melinda Gates in their annual letter , it doesn’t work in an interconnected world. “Since the beginning of the pandemic we have urged rich nations to remember that the COVID – 19 in one place is a threat everywhere . Until the vaccine reaches everyone, new pockets of the disease will continue to emerge. These foci will grow and spread. The schools and offices will close again ”, they warned. “It all depends on whether the world comes together to ensure that the emergency science developed in 2000 save as many lives as possible in 2020 ″.

Something similar pointed out Anita Ho, professor of bioethics and health services at the universities of British Columbia and California in San Francisco : “Although it is still likely that At the human level people in the most vulnerable countries suffer the most, inequality in vaccine distribution will disrupt the supply chain for everyone, including – and perhaps especially – the richest countries that have come to depend on sources of cheap labor. ”

He explained to MIT Technology Review : “If supplier nations have lots of sick people, or they have to close, there are no workers left to process or transport raw materials or to manufacture and distribute the products. The people in those countries are also unable to travel or spend money , which can have a huge impact on international hotel chains, airlines and the hotel industry. hospitality too. ”

That is why the director general of the World Health Organization ( WHO), Tedros Adhanom Ghebreyesus , warned before the European Council about the danger that the 75% of vaccines are concentrated in only 10 countries and demanded equal vaccination. The fact that the campaign started in 49 countries, “almost all of them rich nations,” he stressed, entails a serious ethical conflict: “It would not be correct for younger and healthier adults in rich countries get vaccinated before the elderly and health workers in poor countries. ”

According to Our World in Data, the countries that concentrate the vaccine – some not only the existing doses, but those that are still to be produced and they have already paid – they are United States, China, United Kingdom, Israel, United Arab Emirates , Italy, Russia, Germany, Spain and Canada.

The study of NBER , who studied 35 productive sectors in 65 countries, with economic methodology and epidemiological, he expanded: “We show that the loss in global GDP due to not inoculating in all countries , in relation to a contradictory hypothesis of global vaccination, is greater than the cost of manufacturing and distributing vaccines globally ”.

Equitable distribution of vaccines is first and foremost a humanitarian responsibility , added the work, but also “can produce important benefits for the world economy ”. The interdependence of the countries “implies that the economic brake in one has immediate serious consequences in the others ” and that the damages of the pandemic “are only can mitigate through multilateral coordination that ensures equitable access to vaccines, tests and treatments . ”

The Gates (whose foundation has already spent USD 1 . 1334 million in the fight against coronavirus ) recalled that the The pandemic intensified numerous social inequalities , “long-standing injustices”, and they were “deeply concerned” about the possibility that it would add another, immunological inequality. They defined it as “a future where the richest people have access to the COVID vaccine – 19 while the rest of the world no “.

At the international level, that has already been seen, they said, with the concentration of doses in a handful of rich countries. “As things stand today, over the next year low- and middle-income countries will only be able to cover one in five people who there they reside. In a world where global health is local, that should concern us all. ”

Ho considered positive that, after the change of government, the United States return to WHO and Covax , the global collaborative venture led by that organization and Gavi-Alliance for Vaccination . “The question is not just ‘Do we have the will to donate the vaccines?’ But ‘Do we have the i infrastructure to even store and transport the vaccines ? ‘. The main ones that were approved in the United States, for example – that of Pfizer and that of Moderna – really need very cold refrigeration. This is not even feasible in some areas of the world that have a limited supply of electricity. ”

Even within rich countries there are social conditions so unfavorable that they could make the effort fail. “Let’s think about how people are notified that it is their turn to get vaccinated. In the United States, for example, those receiving these notifications have smartphones , email addresses, a GP. If you are undocumented or homeless, you may not access that information ”, Ho illustrated the publication of the Massachusetts Institute of Technology ( MIT ).

“The vaccines of Pfizer, Moderna and AstraZeneca require two doses with a variable time between them ”, he continued. “This means that on two occasions we need careful tracking of individuals : so that they receive the first dose and to make them return in the correct time frame to receive the second. People who live in remote areas or places that do not have easy access to pharmacies – usually poor neighborhoods – find it difficult to travel twice “. Single-dose vaccines, like the one being developed by Johnson & amp; Johnson , should be reserved for these populations, he opined.

Those internal inequities also bring economic consequences, Ho concluded: “If the undocumented, rural workers, homeless people and people in low-wage jobs cannot be vaccinated They cannot work to maintain the supply chain. This is how restaurants, the entertainment industry, etc. would suffer. If they can’t pay their rent or mortgage or don’t have extra money, that too affects the rest of the economy.

In his letter, Bill and Melinda Gates recalled a quote from Winston Churchill . “In the fall of 1942 gave a famous speech to highlight a military victory that he believed was going to be a turning point in the war against Nazi Germany. ‘This is not the end,’ he warned. ‘It’s not even the beginning of the end. But is, perhaps, the end of the beginning ‘. Regarding COVID – 19, we are optimistic and believe that the end of the beginning is near ”. But other efforts must be added to the creation of the vaccine.

“The world needs thousands of millions of doses to protect all people threatened by this disease ”, they concluded. “Existential crises do not leave any facet of the road intact. But solutions that measure up to these historic moments also have a ripple effect. Asking for an inclusive response will save lives and livelihoods ”.

He 75% of the vaccines used are concentrated in only ten countries, according to the WHO

Mexico is ready to buy 750, 000 dose of the Sputnik V vaccine, although it has not been approved

Previous Post
Tricky-Women-Festival feiert 20. Geburtstag online
Next Post
Minister of Finance .. We are working to make the period of project studies longer than completion