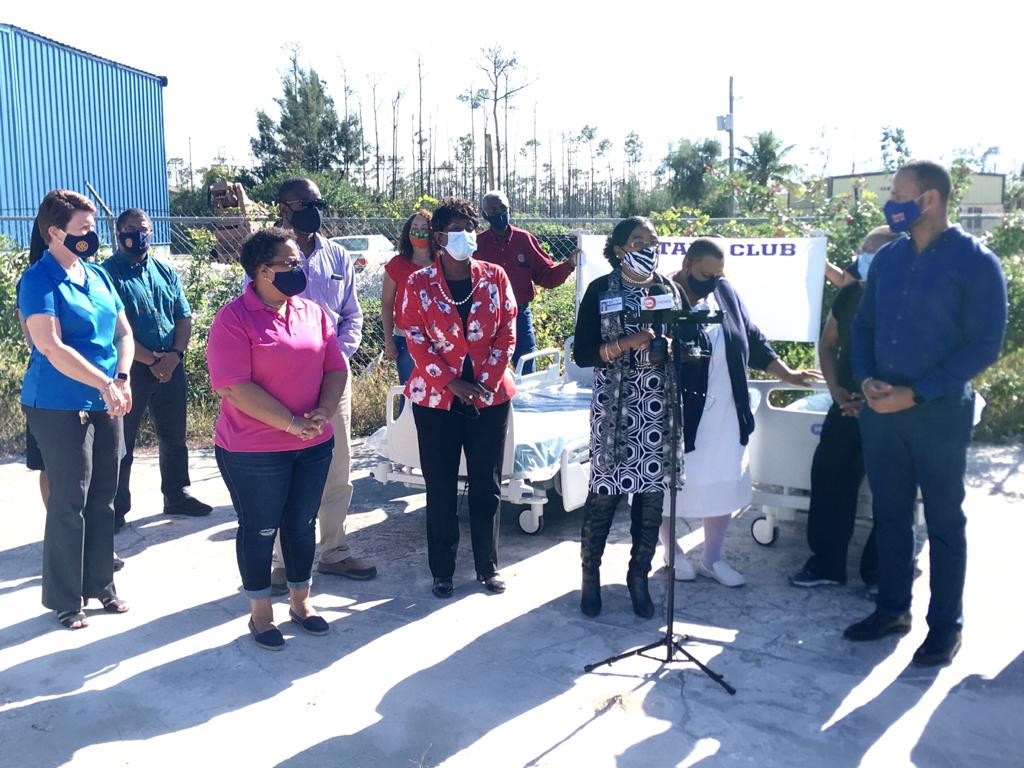 GRAND BAHAMA, BAHAMAS — Officials at Rand Memorial Hospital (RMH) accepted a donation of hospital equipment valued at some $90,000 in a presentation ceremony on Thursday, January 21, 2021.

The joint donation, made by the Rotary Club of Lucaya and Fidelity Bank, included 18 hospital beds, two Emergency Room beds, two birthing beds and one defibrillator.

Immediate Past President of Rotary Club of Lucaya Jaims Carey thanked Rotarians of Seward, Nebraska, who helped raise funds for the donation.

He was joined by current Rotary Club of Lucaya President Minna Winters, who noted that it was a project close to her organization’s heart because of the impact on healthcare.

Winters added that her club will continue to support Grand Bahama Health Services.

Accepting the donation on behalf of RMH was Hospital Administrator Sharon Williams, who noted the timely nature of the gift.

“It is anticipated that within the next six weeks, the renovated spaces will be ready for staging,” Williams said.

The beds, she revealed, will be placed in the Labour and Delivery rooms, and on the general Medical/Surgical Wards.

Williams also noted that RMH required 54 beds and this donation will cover one third of that amount.

She described the relationship between RMH and the Rotary Club of Lucaya as an ongoing partnership that was further strengthened in the aftermath of Hurricane Dorian.

“We also would wish to thank Rotary for their support during COVID-19 as they donated oxygen concentrators at the outset of the pandemic,” the hospital administrator added.

Parker-Dean said Fidelity was pleased to participate in a major fundraiser that would have a significant impact on services provided by the hospital and the community by extension.