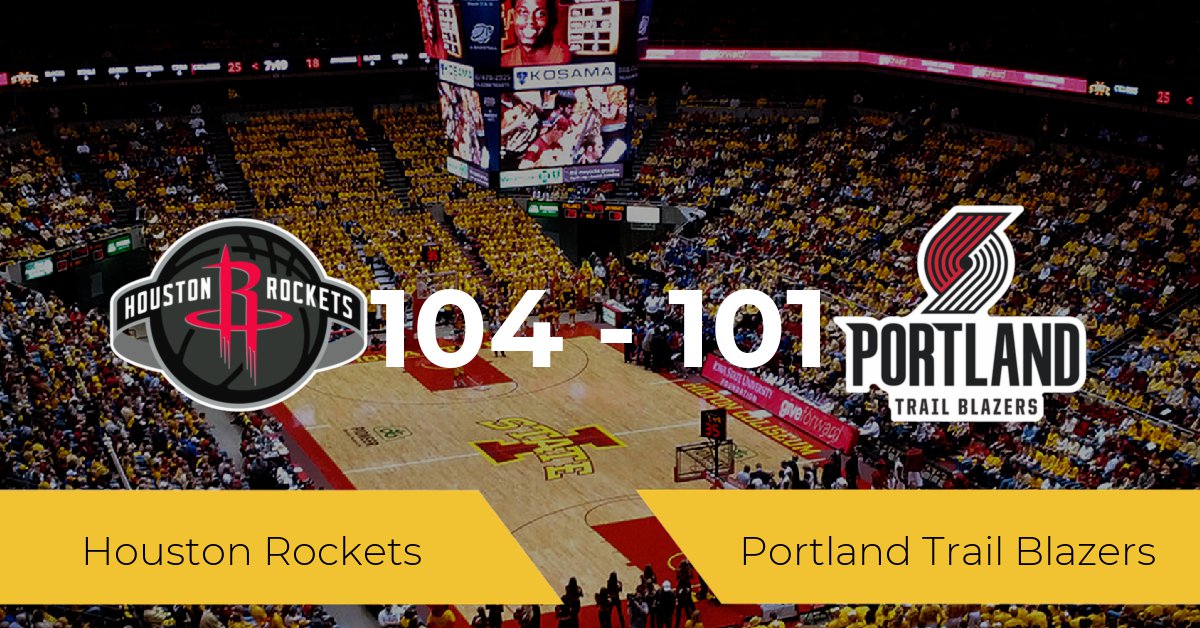 Houston Rockets beat Portland Trail Blazers at home ) by 104 – 101 in a new NBA day. The locals come from winning at home to Washington Wizards by 107 – 88, so after the match they added a total of five consecutive wins. For their part, the visitors suffered a home loss to Oklahoma City Thunder by 122 – 125, completing a four-game losing streak in their last five games. With this result, Houston Rockets accumulate eight victories in 17 matches played in the competition, while Portland Trail Blazers has nine wins in 15 games played.

During the game, Houston Rockets got the win thanks to the 22 points and 12 rebounds of Christian Wood and the 25 points, five assists and seven rebounds by Victor Oladipo . The 30 points, nine assists and four rebounds of Damian Lillard and The 23 points, one assist and three rebounds from Gary Trent Jr. Weren’t enough for Portland Trail Blazers to win the game.

In the next NBA game, Houston Rockets will play against New Orleans Pelicans at the Smoothie King Center , while that in the next game, Portland Trail Blazers will seek victory against Chicago Bulls at United Center .