“That's how I wanted it”: controversy over the use of Duque's mistake in advertising a renowned restaurant 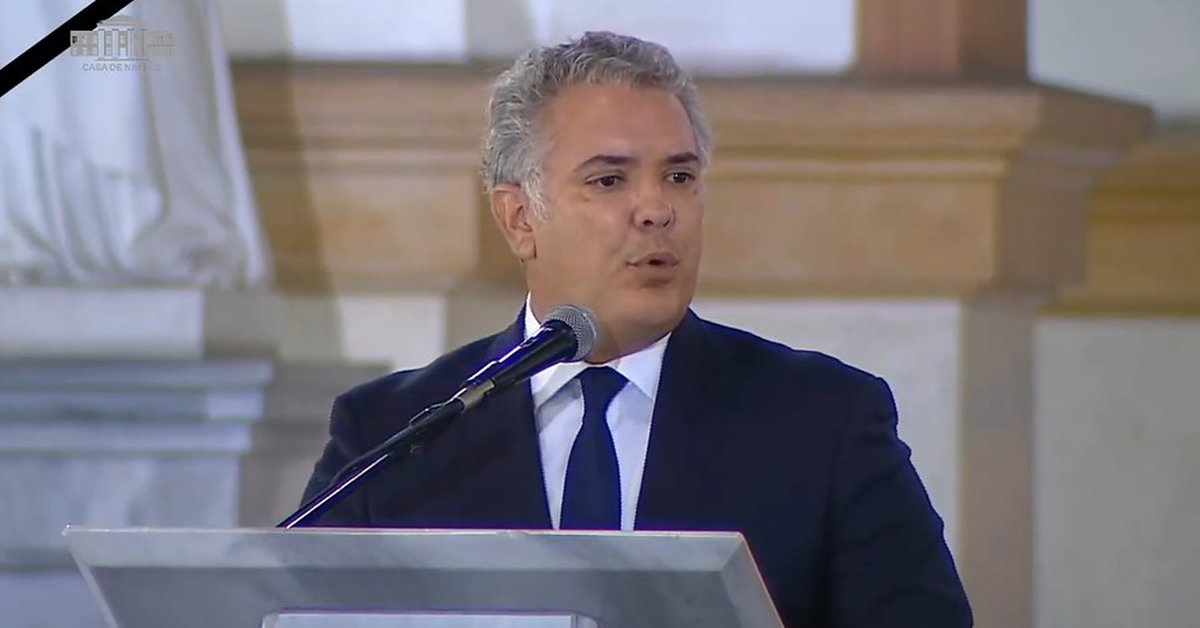 The President Duque’s diction error during the tribute to the late Defense Minister Carlos Holmes Trujillo , last Wednesday 27 January became, in a few hours, a trend that aroused all kinds of comments, criticisms, memes, stickers and even advertisements on social networks.

It was precisely this last move, made by the Colombian account of the KFC restaurant chain, which generated the most controversy today then, he ended up using a modulated version of the president’s words, offered in a moment of mourning, on a background of breaded chicken images, precisely to promote his product.

It didn’t take long or for the video ad, which was accompanied by the phrase “When the #KFC chick arrives at your house … you can only say #asiloqueri” , became virtual on Twitter; and even less so that reactions, criticisms and calls for respect were raised for the difficult time they are going through, both the family of the head of the Defense portfolio, as well as the presidential cabinet.

“I don’t care what they say, this seems very offensive and cruel to me! Respect people’s mourning a little, ”said journalist Pia Wohlgemuth on the social network. “Although it was funny for a moment, it already becomes disrespectful and more coming from a brand that is not national,” said Felipe Medina. “Taking advantage of a mistake in an emotional moment (which could have happened to anyone) to advertise is not being‘ clever ’. That’s not how it is. ”, declared Sofía Orozco. Even Vicky Dávila, from Semana, reacted to the publicity by asking: “Please respect the grief, please respect the pain of death.”

For other users, of course, it was simply a comic moment and even an interesting and effective advertising proposal. “I am watching the KFC trill riding the wave of #asiloqueri. I think it is a milestone and goes beyond results in digital metrics. For me it is an indicator of reputation alert that should be taken into account by the center of Bogotá. I don’t remember content like this, ”said a person identified as Andrés Segura. “It’s kind of funny, but it’s not disrespectful or“ offensive ”, it’s creative. All of Colombia enjoyed it! The same Duke should laugh at himself, and let it go, “added another person named Karen López. 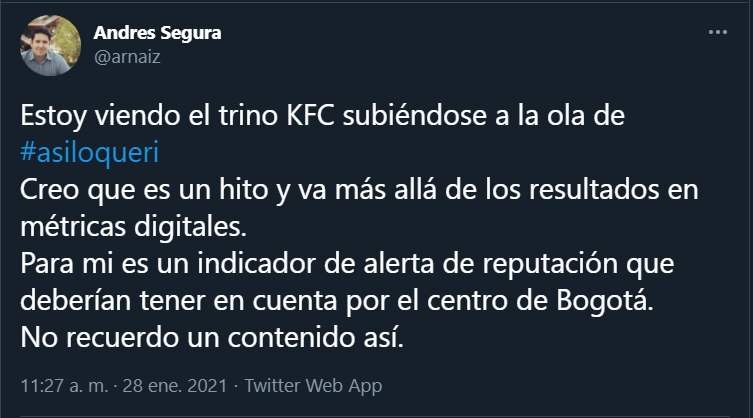 The wave of comments, of course, forced the restaurant’s Colombian account to delete the video before the issue became older. However, he managed to get about 3. 777 ‘likes’ and at least 1. 500 shared before disappearing from Twitter. It should be added that neither the Presidency of the Republic nor the North American network have commented on the curious incident in any way.

Those who did were those in charge of the social networks of the Royal Spanish Academy, RAE, that when asked by a user of the same network about the conjugation of the verb ‘want’ , they responded that President Duque’s mistake —which can happen to anyone— is just that and nothing more.