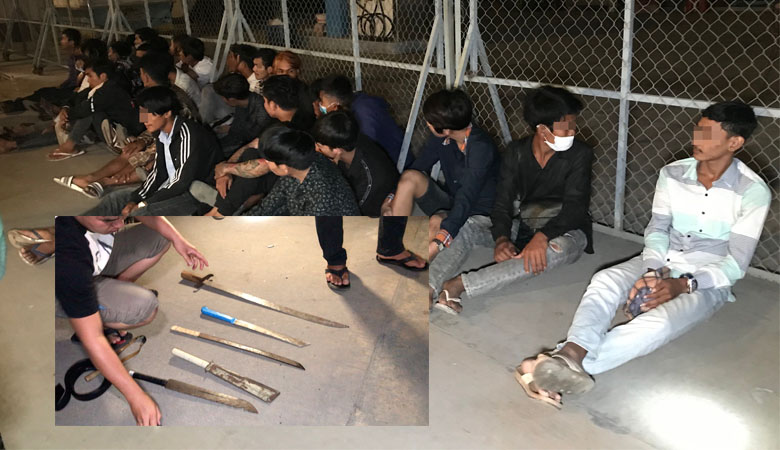 The gang’s motorcycles were 13 units and the exhibits included 5 recycled swords, 1 machete and 1 rubber band.

The police force of the three police stations, namely the 1st, 2nd and 3rd police stations, said that before the police force launched an operation in the case of arresting the above gangsters, a villager reported to the police force. Khan police authorities to come down to the scene to see a group of young people lined up several motorcycles on the road, also suspicious, because in the past, people often see young gangsters dragging swords at the scene every day Causing insecurity on public roads and causing great fear to the people.

The source added that while receiving the information immediately, the police force of the three police stations cooperated to check the scene and found the gangsters hiding their swords in the canal in front of the gas station behind the motorcycle. Arrested and taken for questioning.

After the incident, the above gangsters, including exhibits, were detained by the three police forces and taken to the Criminal Division of Po Sen Chey District for processing. By: Yim Chhoeun

Previous Post
Embezzlement: they robbed dormant accounts of SCB customers
Next Post
Biden: We will not hesitate to make Russia pay